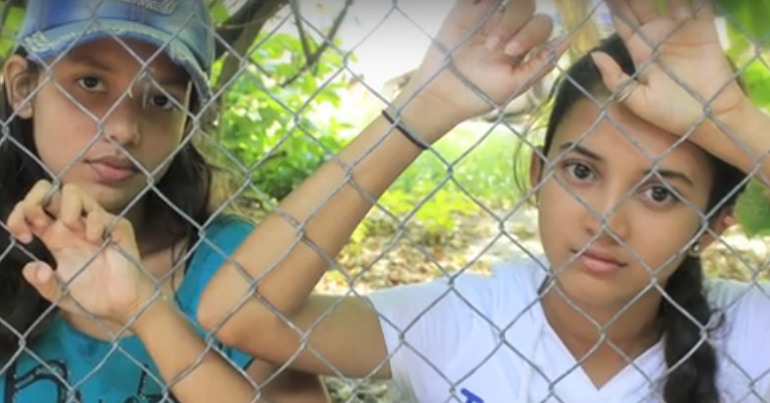 Incidents of self-harm and threats of suicide by children illegally and indefinitely detained on a remote island are reportedly on the increase. Yet authorities have decided to bar the doctors who were trying to help them. A leading lawyers’ group is now calling for international intervention to end this tragedy.

The children and their families are detained in an open-air prison in dreadful conditions on the tiny Pacific island state of Nauru. There are around 900 refugees or asylum seekers, including 115 children – detained on Nauru at the behest of the Australian government. Many have been imprisoned there for the last five years.

In recent months, self-harm incidents there have multiplied, with some children expressing no hope and suicide ideation (thinking of or planning suicide). In August 2018, a 12-year-old girl attempted to take her own life by immolation (setting herself on fire).

There are also many diagnosed cases of children with ‘resignation syndrome‘. Sufferers withdraw from life and refuse to eat, speak, drink, go to the toilet, leave their beds, or open their eyes.

In addition, over 2,000 leaked files documented assaults, sexual abuse, self-harm attempts, child abuse, and poor living conditions on Nauru over a two-year period. Over 1,000 of those files concerned children.

For the past 11 months, Doctors Without Borders (Médecins Sans Frontières (MSF)) provided psychological and psychiatric services to the refugees as well as to locals. But the response of the Nauruan government to the crisis has been to ban MSF from working further on the island.

The word I heard most often in my therapy sessions with patients [on Nauru] was ‘destroyed’. Any hope they have of living a meaningful future has been irrevocably destroyed. I heard it in their words and I saw it in their eyes.

According to MSF, at least 78 patients on Nauru have considered or attempted suicide or self-harm. And a further 100 were listed to be examined for psychiatric or psychological problems. Children as young as nine told MSF they would rather die than live in a state of hopelessness.

And in another report by the Refugee Council of Australia, there are claims that children as young as seven on Nauru are attempting suicide. There have also been reports of:

children swallowing razor blades and stones and attempting to overdose

BBC Newsnight recently covered developments. But in its attempt to provide ‘balance’, its feature included an interview with former Australian foreign affairs minister Alexander Downer – who happens to be embroiled in the so-called ‘RussiaGate’ scandal.

Greg Barns, barrister and spokesperson for the Australian Lawyers Alliance, told The Canary:

Australia and Nauru have a full blown humanitarian crisis on their hands – one of their own making. There needs to be an international commitment to pressure Australia into removing every asylum seeker from what is clearly a serious daily breach of international human rights conventions.

As a matter of international law there is an obligation on sovereign states to ensure basic humanity in the treatment of those within its jurisdiction. This is clearly not the case with Nauru and Australia when it comes to asylum seekers detained on the former.

MSF, meanwhile, has called for “the immediate evacuation of all asylum seekers and refugees from Nauru and an end to Australia’s offshore detention policy”. And almost 6,000 Australian doctors have written to their government asking for the urgent relocation of children from offshore detention in Nauru.

Australia and Nauru refused New Zealand’s January 2016 offer to resettle 150 refugees per year. In August 2017, New Zealand repeated that offer, but Australia has still to take it up.

So perhaps it’s time for a more drastic solution: the rescue of the refugees by either a UN body, or NGOs, or even the good people of Australia.

– Read more about the refugees imprisoned on Nauru (and Australia’s other offshore processing centres on Manus Island and Christmas Island).

– For information and support regarding suicide prevention, contact the Suicide Call Back Service on 1300 659 467 or Lifeline on 13 11 14. For more international helplines, see befrienders.org.