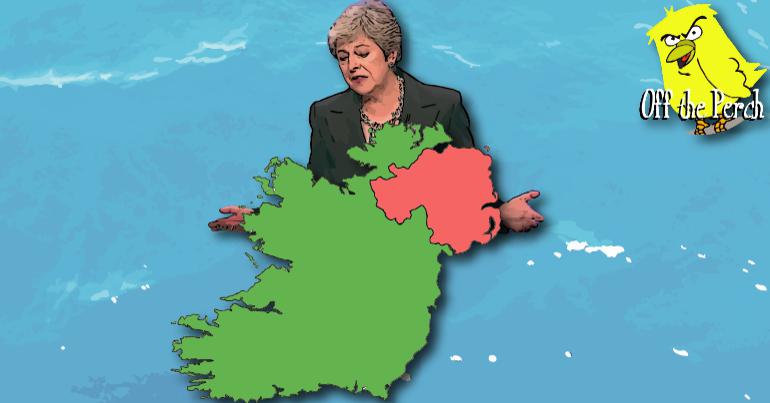 The glaring duds of May

When she first heard talk of a border and people possibly wanting to cross it, May fell back on an old favourite of hers. She sent a load of vans up to Ireland with ‘GO HOME!’ written on them. The problem was everyone was already home – they just wanted to exchange goods without checks.

After several months of staring at a blank wall, May came up with another solution:

When asked what sort of technology, May clarified:

When asked how it would work, she explained:

Despite her best efforts, this obviously well-thought-out tech has failed to materialise. According to the tabloids, this is because Remainers failed to believe in it hard enough. Obviously.

Just this week, May had another series of brain waves:

The PM intends to use the gold we uncover to buy a genie. She later denied this plan was just more ‘wishful thinking’ – claiming she hardly put any thought in at all.