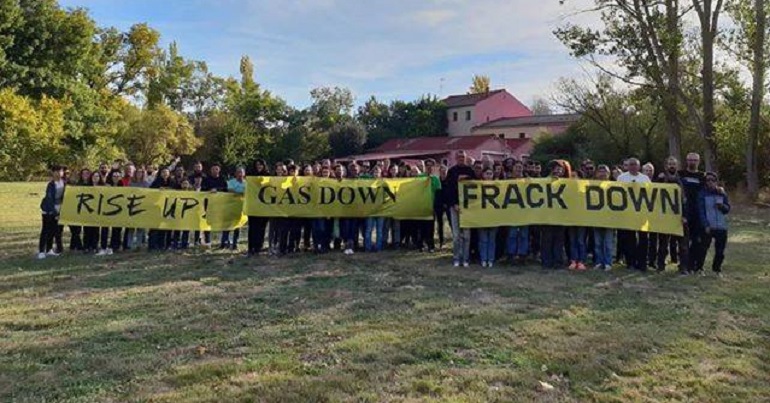 People from six continents have taken part in a global day of action against, among other things, the fracking industry.

It seems like the whole planet is waking up to this very dirty fuel.

Fracking all over the world

Last week, grassroots network Gastivists and campaign group Food and Water Europe ran the ‘Global Gasdown-Frackdown Day of Action’. Stretching across six continents, thousands of people came out and did local actions against the gas, fracking, and plastics/petrochemicals industries. Most of the actions happened on Saturday 13 October.

The organisers said in a statement that:

Communities across the world are suffering from aggressively imposed gas infrastructure. Local democracy is often overruled, land rights dismissed, water sources poisoned and the environment polluted. This is under the false pretence that gas is a climate solution, a ‘bridge fuel’. But when the entire supply chain is taken into account, it is no cleaner a fuel than oil and coal.

As a result, people came out and showed they were not taking the imposition of gas-related industries any more.

The actions were varied. There were:

Gastivists shared the following photos from around the world.

In Bali, Indonesia, people gathered to support the Gasdown-Frackdown action: 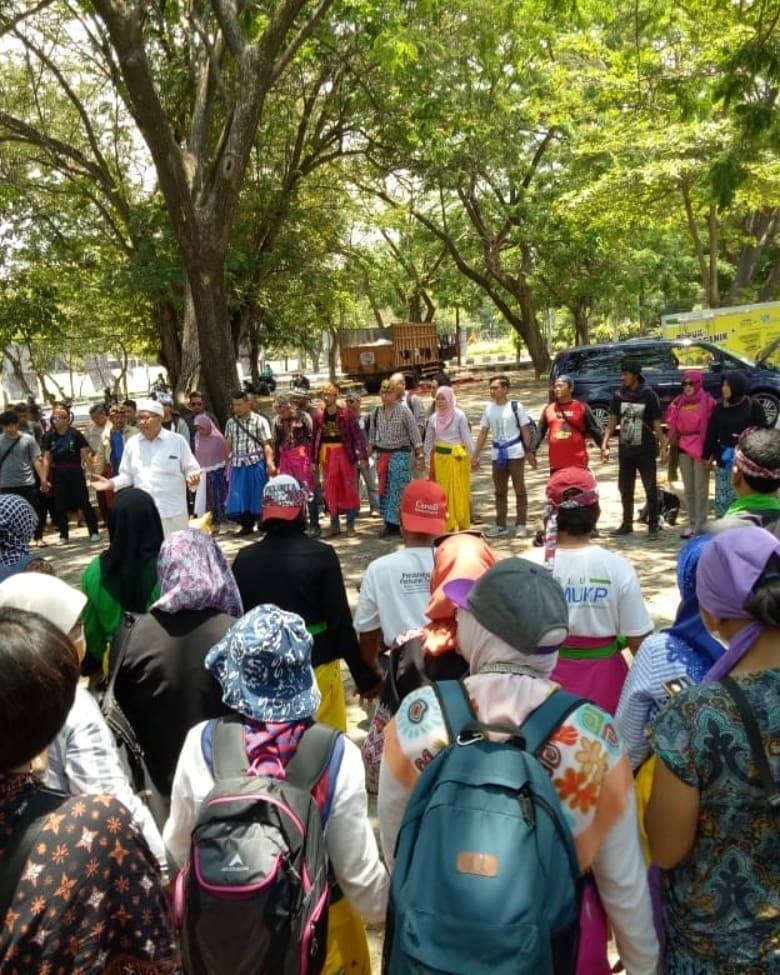 There was a frack-free rally in Tamil Nadu, south India: 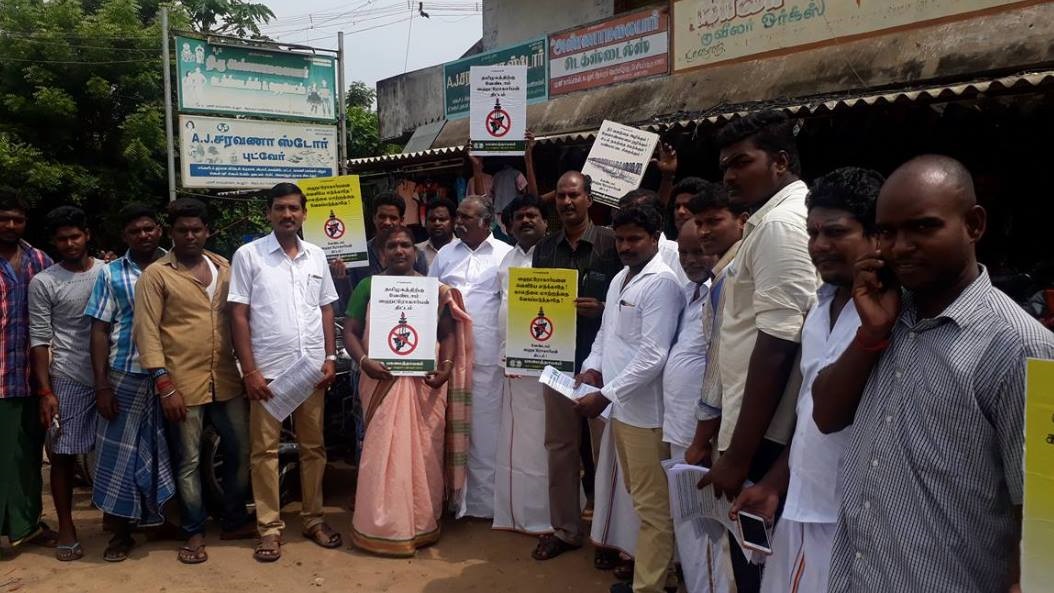 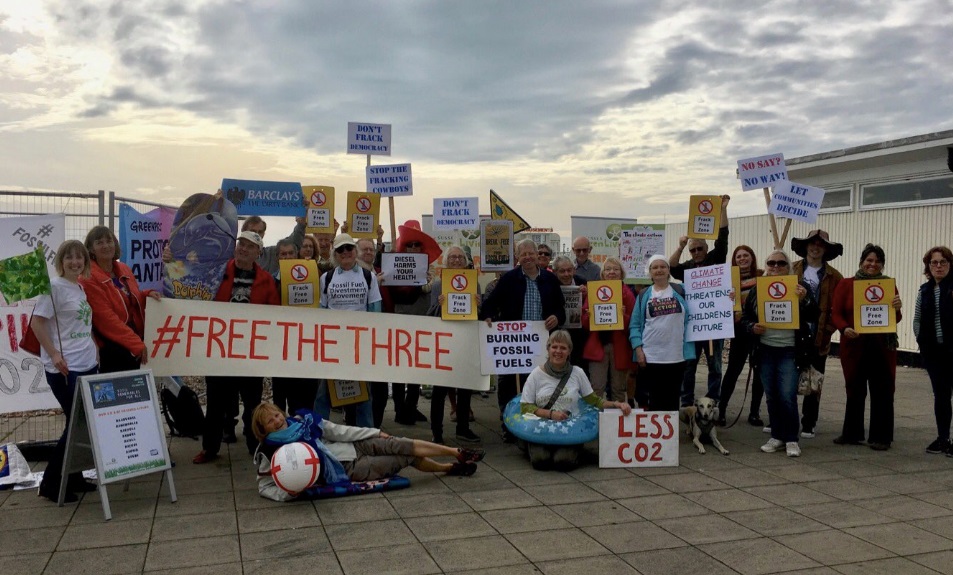 In France, hundreds of activists from 32 local groups took part in 33 actions targeting the bank Société Générale due to its support for fracking: 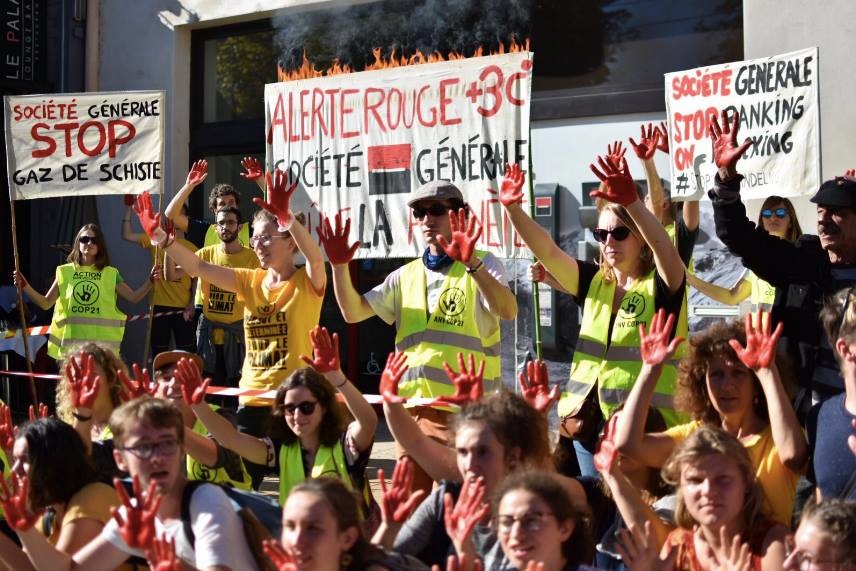 Then, in Australia, over 600 people attended a rally calling on the Western Australian government to ban fracking: 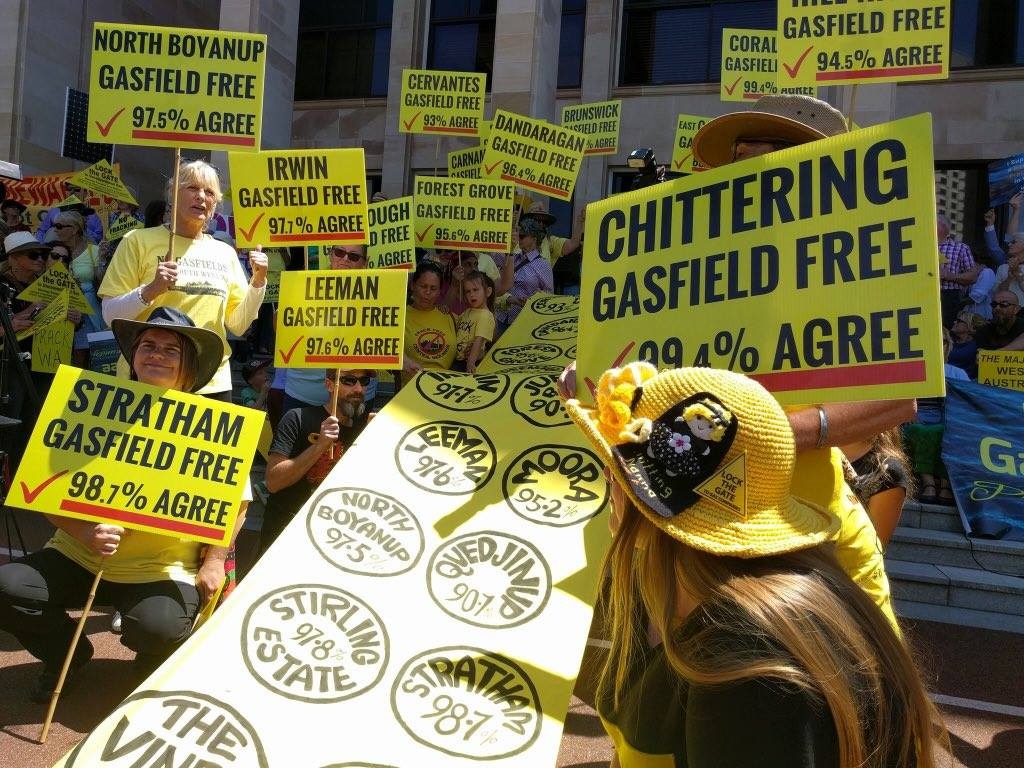 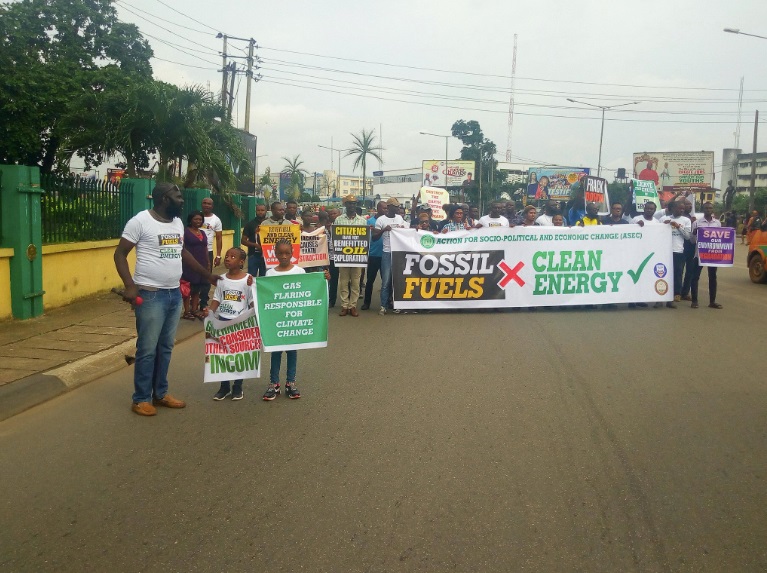 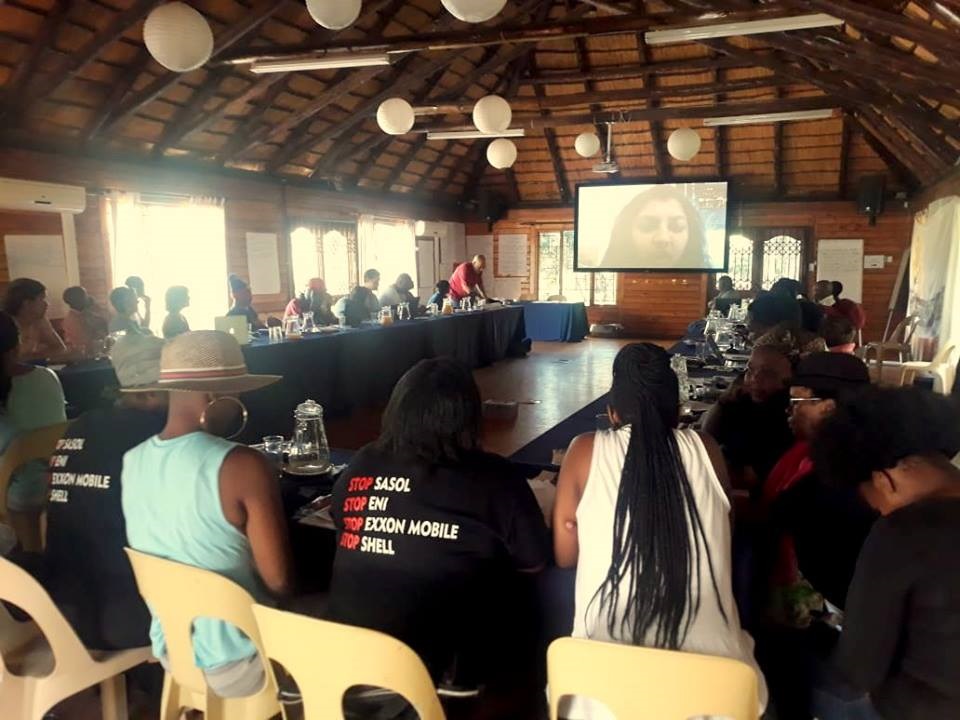 And anti-fracking speeches happened in Argentina:

The problem with fracking

People protested against the fracking industry in particular. As Friends of the Earth describes, fracking is:

But it’s a controversial industry. Campaigners are against it; not least because of its contribution to greenhouse gas emissions. It’s been linked to polluted drinking water and earthquakes. Studies have also shown links to low birth weights, premature births, and a possible increased risk of breast cancer.

Moreover, Gasdown-Frackdown was about the climate emergency the planet faces, and the gas-related industries’ role in that. Most recently, the Intergovernmental Panel on Climate Change (IPCC) released a damning report on the climate breakdown. As the IPCC warned, we could cross the threshold into climate catastrophe as soon as 2030. And it noted that governments would need to spend trillions of dollars to stop this.

The Gasdown-Frackdown actions aimed to address this too. As Frida Kieninger from Food & Water Europe said in a statement for The Canary:

The recently published IPCC report shows the urgency of… the need to phase out all fossil fuels… We can’t afford to keep burning gas if we want to preserve a planet liveable for future generations. The Gasdown-Frackdown actions, uniting different struggles across the world, are a strong sign of resistance and hope.

The global initiative was a strong sign of hope. But it also showed what can be done when we ignore international borders; when we unite as a species with a common goal – to save all of our futures.