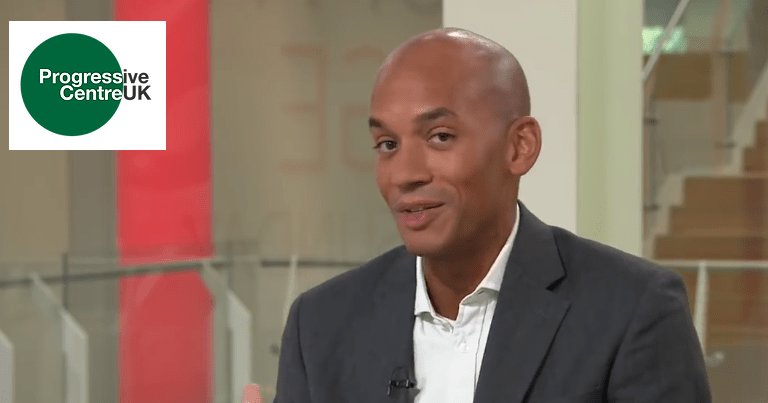 Across Britain, working people suffering under brutal Conservative austerity breathed a sigh of relief. Those concerned about irreversible climate change tipping points wiped the sweat from their brow. Humans facing a society where Google and Facebook are crony capitalist gods wielding the power of artificial intelligence thanked their lucky stars. Because Chuka Umunna is the chair of a brand new centrist thinktank.

If not for the birth of ‘Progressive Centre UK‘, where else would the centrists store all their inspiring thoughts? The wealth of solutions the ‘moderates’ have to our modern-day problems was encapsulated during the failed 2016 coup against Jeremy Corbyn. BBC host Andrew Neil had a simple question for Angela Eagle MP, who was preparing to challenge Corbyn at the time:

Other than Trident, what are the main policy differences?

Very convincingly, Eagle said “well, I think I’m on the left”, and that she wanted to lead an “anti-austerity party”. But Neil was talking about policies other than the ones the Blairite coup crew nicked from Corbyn in an attempt to hoodwink the party membership into dropping him:

I understand. That’s Mr Corbyn’s position, too. I asked you ‘what are the major policy differences?’

If you listen closely (from 1.33), you can almost hear the tumbleweed drifting across the BBC studio floor:

Hmmm okay, perhaps that’s not the best example of gripping centrist thought. But we’ve got to give Umunna, Eagle, Owen Smith, Chris Leslie and the rest the benefit of the doubt. Surely, the centrist coup plotters didn’t spend months plotting a coup against Corbyn without having a single original policy idea?

Eagle must’ve just found it difficult rebranding herself as ‘anti-austerity’. Because back then, it wasn’t long ago that she had abstained (with Umunna and the rest of the centrist coup plotters) on the 2015 welfare bill, which allowed the Tories to make a further £12bn of ideological cuts. No wonder Eagle looked like a startled raccoon about to cross the McStrike picket line in front of John McDonnell.

Anyway, forget the past. Umunna has a lot of fresh ideas to bring to Progressive Centre UK. Plugging the thinktank in the Independent, the MP for Streatham assures us that the new centrism “does not mean going down a ‘neoliberal’ avenue”. Although Umunna didn’t offer any policies that actually break from the neoliberal establishment. So it looks like the avenue he’s taking us down is empty apart from more bloody tumbleweed.

Hold on, they have other ideas! Obviously, they do. Like when Tom Watson tried to explain away hundreds of thousands of new Labour members (who joined after Corbyn became leader) as a Trotskyite infiltration. It was clearly irrelevant that the Trotskyite Socialist Workers’ Party (SWP) publicly claimed only 6,000 members, few of whom were reportedly active – or that other such hard-left groups in Britain were even smaller.

Hmmmm. Maybe the centrists wouldn’t get anywhere without their network of connections in the media. Hold on, my phone’s ringing. “Hello… Chuka. Yes, what are we going to do about this god-forsaken tumbleweed? No, I’ve already tried invading it, cutting its government funding programme, and firing corks at it from that vintage bottle you got me last Christmas. Nothing’s working!”

– If you believe in the importance of independent, grassroots media in the fight against corporate propaganda, please consider supporting us.