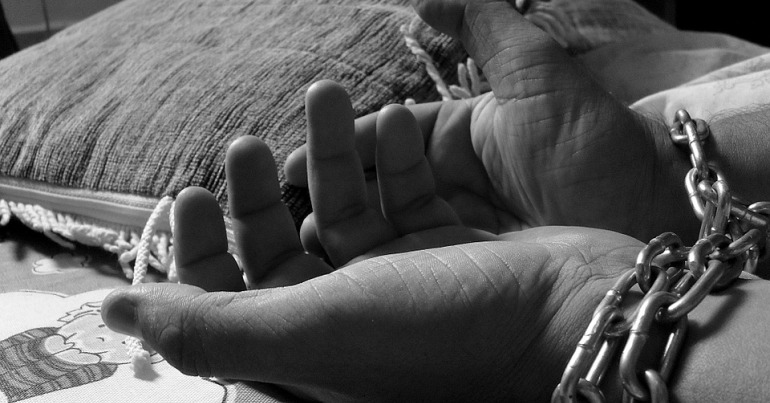 According to the Salvation Army, the number of British adults trafficked into sexual exploitation and slave labour in the UK has nearly doubled since last year. Overall, the charity saw a 19% increase in the number of people needing support since June 2017.

Meanwhile, the Home Office has cut the weekly allowance for people believed to have been trafficked into the UK, from £65 to £37.95 per week. Having less to live on has made victims more vulnerable to being drawn back into exploitation.

We are discovering that men in particular with misuse of drugs or alcohol issues are increasingly vulnerable to becoming victims of modern slavery, specifically targeted by exploiters who encourage them to work in return for small amounts of money or substances and often ending up in debt bondage and sometimes being held in captivity.

Traffickers have been using victims’ addictions to coerce them into selling and transporting drugs. Moreover, they are using drugs and alcohol to force vulnerable women into prostitution. And they are targeting homeless people with promises of work, shelter and drugs, only to force them into labour, begging or other criminal exploitation.

…Last-minute bookings, paying in cash or landing without luggage – all are warning signs that human traffickers could be using the cover of hotel life to hold, abuse and sell victims.

Hotels employing victims of trafficking via agents and sub-contractors also remains an issue. Martin Birch, CEO of cleaning services provider WGC, said hotels are not doing enough to protect their own workers from exploitation.

The Home Office said plans to cut the weekly allowance for all asylum seekers had not yet been implemented. But the Salvation Army said there were changes to the way rates for modern slavery victims seeking asylum were being processed.

A spokesperson from the Home Office has said:

The government has listened to key partners and is trebling the period of time confirmed victims will receive financial support… and the most vulnerable victims – pregnant women, and those with children – will receive more money than under the previous system.

By changing subsistence payments, the overall funding available for survivors will remain the same, but it will be used to provide support for a longer time period, and when their needs are most acute, to further prevent the risk of being drawn back into exploitation.