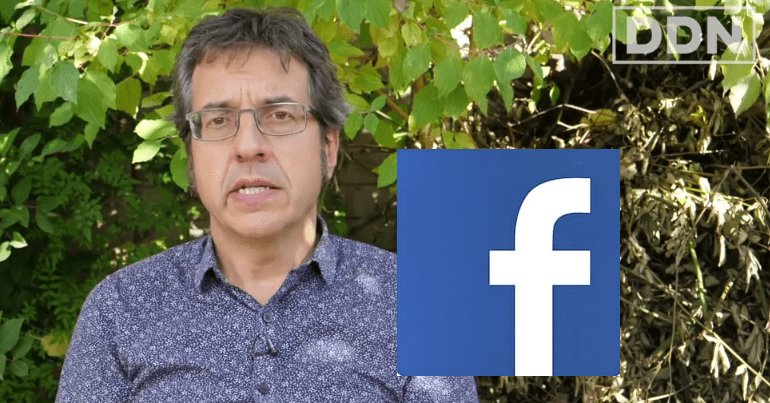 Facebook recently removed 599 political pages and 251 accounts allegedly for “spam”. And it looks like the purge is ongoing. The tech giant has censored a video of Guardian columnist George Monbiot breaking down the actual history of Christopher Columbus:

Our film on Columbus by @GeorgeMonbiot has been deleted by @facebook for "violating community standards."

The film was a serious piece of historical journalism, gaining 1m views

We were given no right of appeal, or exact reason for censorship

Around a million people watched the film. Still, Facebook continued its apparent policy of removing content without any good reason, let alone due process. The tech giant only said that the film violated “community standards”. Monbiot told The Canary:

Censorship of any kind is bad enough. But what makes this action even more disturbing is that our film is about the airbrushing of colonial atrocities. And now Facebook has joined the airbrushing. Because FB appears to be unaccountable – failing to respond to our requests for an explanation and offering no means of appeal – we can only guess at why the film has been deleted. When an organisation of such reach and power is not answerable for its actions, we have a problem.

And speaking to The Canary, Double Down News added:

We fully understand the need for Facebook to monitor their platform for inappropriate content and fake news, especially in times like these. But the lack of transparency and recourse to appeal are deeply unsettling.

Today, social media giants hold a powerful monopoly on the distribution of news and information. The opaque nature of decisions made behind closed doors without right to appeal should be cause for concern for every journalist/publisher of any spectrum.

The news outlet, which describes itself as a counterpoint to journalists “trapped in their own bubble of privilege and power”, continued:

The video was a serious piece of historical journalism by author and journalist George Monbiot.

George recounts the horrors of history in vivid detail. Therefore, at times, we understand the film may have been uncomfortable for some to watch. A number of visuals used, taken from the film 1492 and historical documentary footage, were graphic in nature. Facebook could have opted to put a warning screen on the video, which we would have had no problem with.

The thing is, it looks like Facebook may have a history of removing content that tells the truth about the West’s colonial past. In 2016, for example, the ‘Crimes of Britain‘ blog reported:

Crimes of Britain Facebook page was shut down for "hate speech". Full statement on the image attached.

Deleting accounts at the direction of governments

More broadly, The Canary has been questioning Facebook about why it’s been deleting hundreds of political accounts. But so far, the corporation has failed to give any legitimate reason for removing a number of political pages, such as Reverb Press.

The story so far doesn’t look good for those who believe in a free and open internet. Facebook has previously removed accounts with four million followers because they’ve been added to arbitrary US sanction lists. What makes this worse is that the criteria for adding someone to a US sanction list is so vague that even Jeremy Corbyn could potentially be added to one. That means Donald Trump’s administration could have anyone it fancies thrown off social media.

Then there’s Israel’s government. Israeli officials have publicly boasted about how willingly Facebook removes pro-Palestinian content they deemed to be “incitement”:

Shortly after news broke earlier this month of the agreement between the Israeli government and Facebook, Israeli Justice Minister Ayelet Shaked said Tel Aviv had submitted 158 requests to the social media giant over the previous four months asking it to remove content it deemed “incitement.” She said Facebook had granted 95 percent of the requests.

Unfortunately, it doesn’t look like the mainstream media is that bothered about internet censorship, as long as it benefits them via removing independent media. But as the latest removal of a historical account of Columbus shows, this is a very dangerous path to go down.

Given that @facebook has deleted the film I made with @DoubleDownNews, without explanation or a right of appeal, please watch it here. And see if you can tell why this film about an issue of the utmost seriousness "violated community standards": https://t.co/DaTZDRU3Tb

– Also check out Double Down News.