Time is running out for the planet, and Greenpeace just got a massive wake-up call - Canary 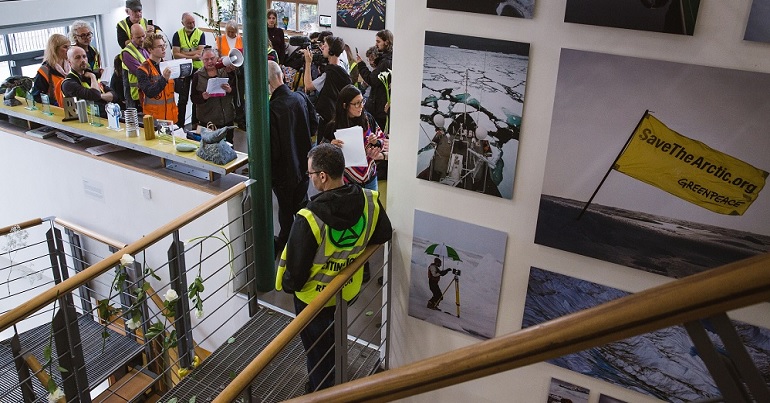 Campaign group Greenpeace is well known for its environmental action. But on Wednesday 17 October, a group of activists gave it some home truths. Because they believe that “business as usual is no longer an option”, as we’re running out of time before extinction comes knocking at our door.

The “Extinction Rebellion” campaign is under the banner of the RisingUp activist network. Officially starting on 31 October, it aims to get people across the country to take part in non-violent but disruptive acts of civil disobedience. These will be aimed at highlighting the climate and ecological catastrophe we’re all facing; but also the inaction of politicians and the “elites” over it.

As The Canary has documented, the climate and ecological breakdown we face takes many forms. From fracking to the food industry, via plastic pollution and Heathrow’s third runway, we’re on a collision course with disaster.

Most recently, the Intergovernmental Panel on Climate Change (IPCC) released a report on the climate breakdown. As the IPCC warned, we could cross the threshold into climate catastrophe as soon as 2030. And it noted that trillions of dollars in investment is needed to stop this.

But Extinction Rebellion doesn’t believe the IPCC, governments and others are doing enough. So it’s not taking the climate chaos lying down. It demands:

the UK declares a state of emergency, takes action to create a zero carbon economy by 2025, and creates a national assembly of ordinary people to decide what our zero carbon future will look like…

We will not be led quietly to annihilation by the elites and politicians. We will fight their genocidal behaviour with honour, resilience, and peace, in the spirit of all those who fought for our freedoms before us.

First on its list of people to call on was Greenpeace. On 17 October, Extinction Rebellion activists delivered a statement of intent to its office in London; you can read it here. They also had cake and flowers for the Greenpeace staff: 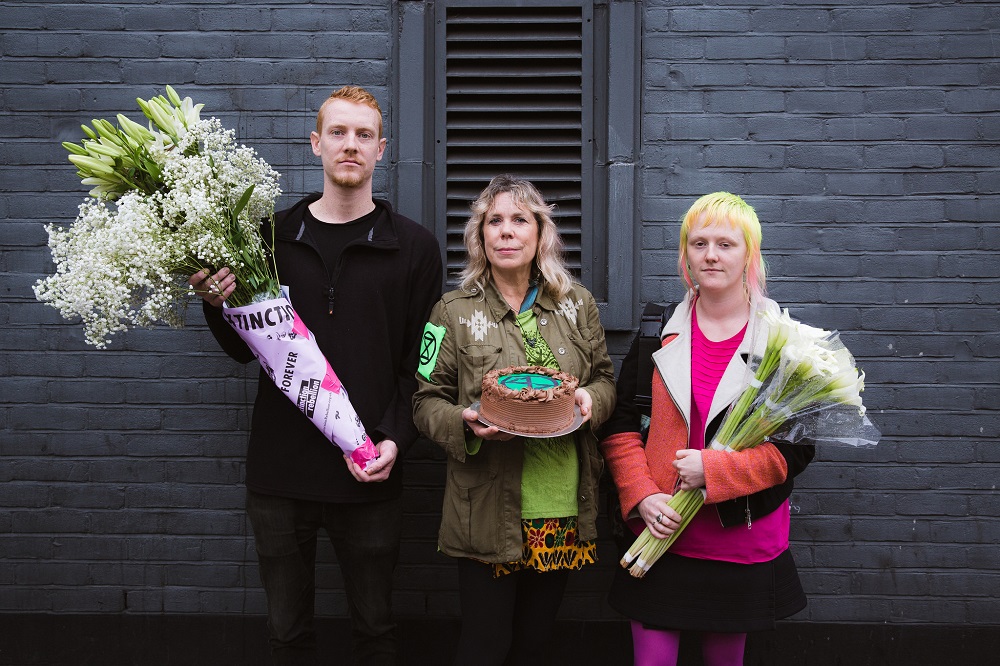 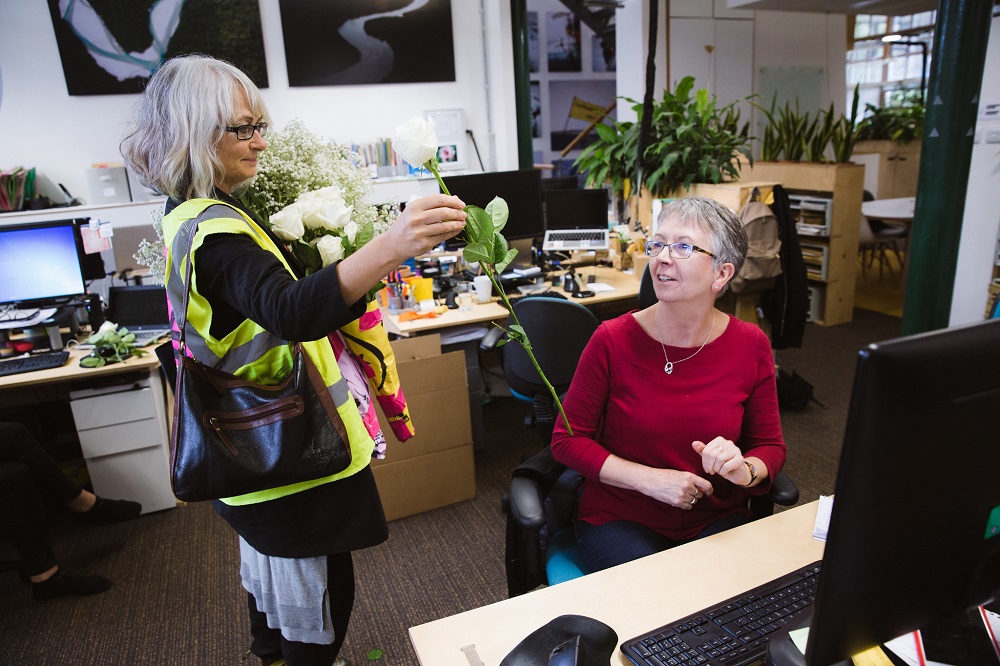 Activists then occupied the office for around two hours: 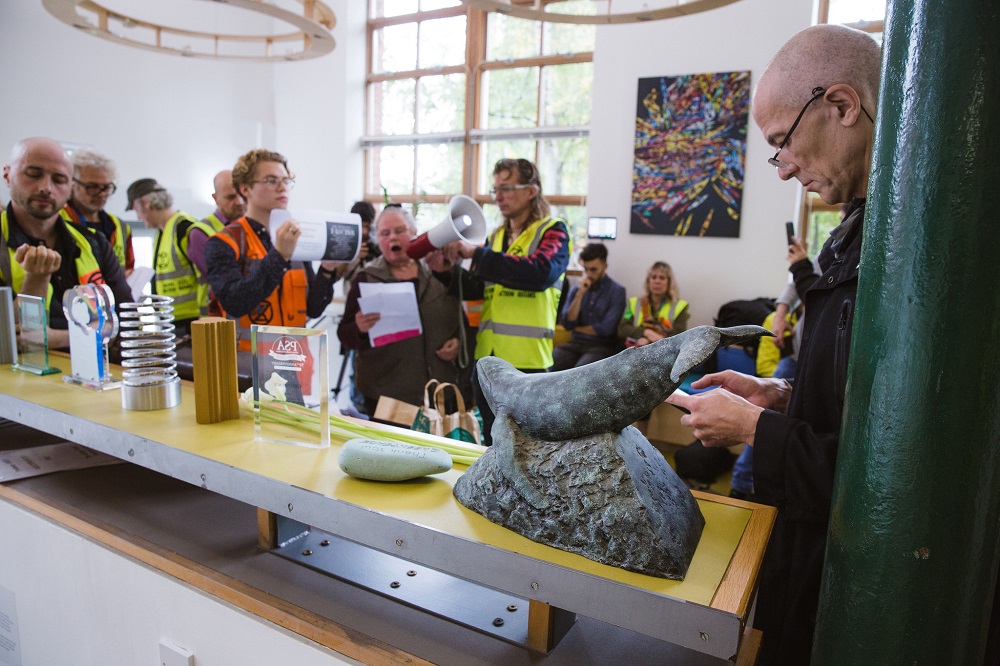 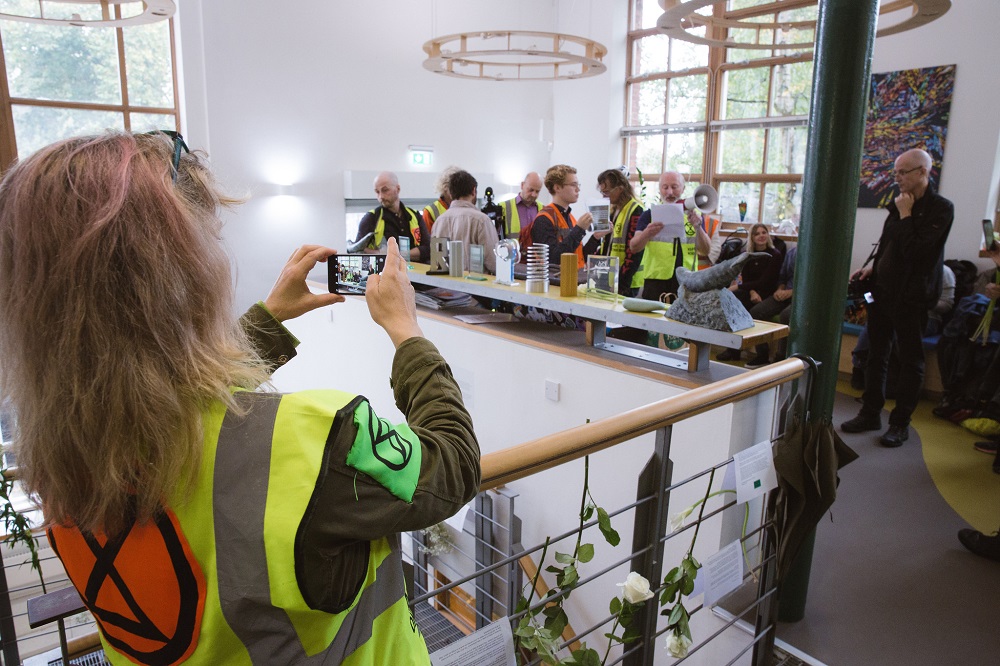 Activists spoke to Greenpeace bosses. Extinction Rebellion told The Canary it had three “demands” of them:

It awaits Greenpeace’s response. So in the meantime, activists made some noise: 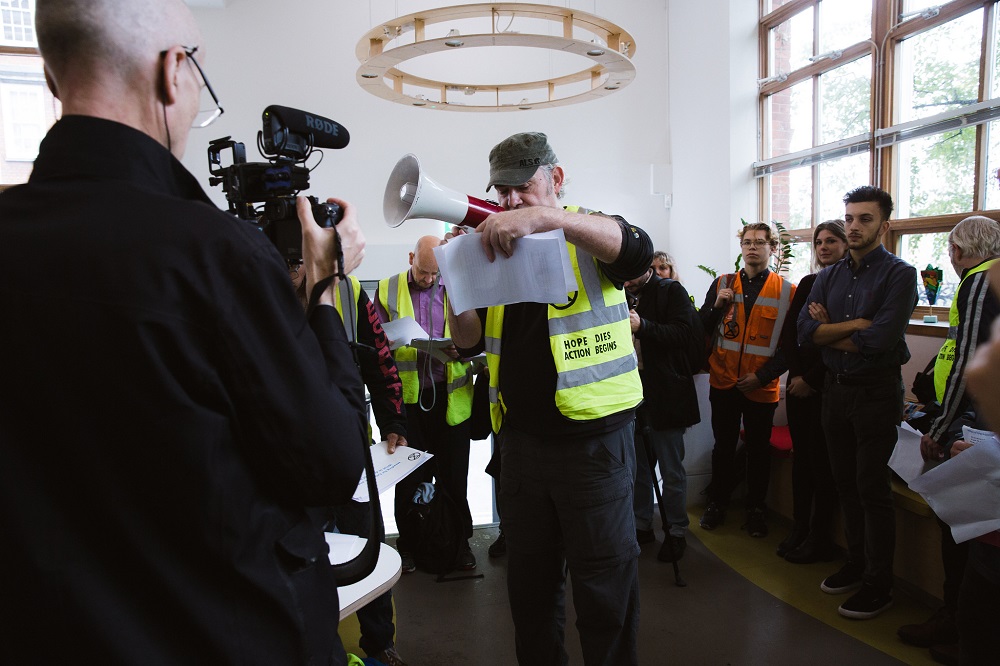 But activists also made some quieter, more reflective statements: 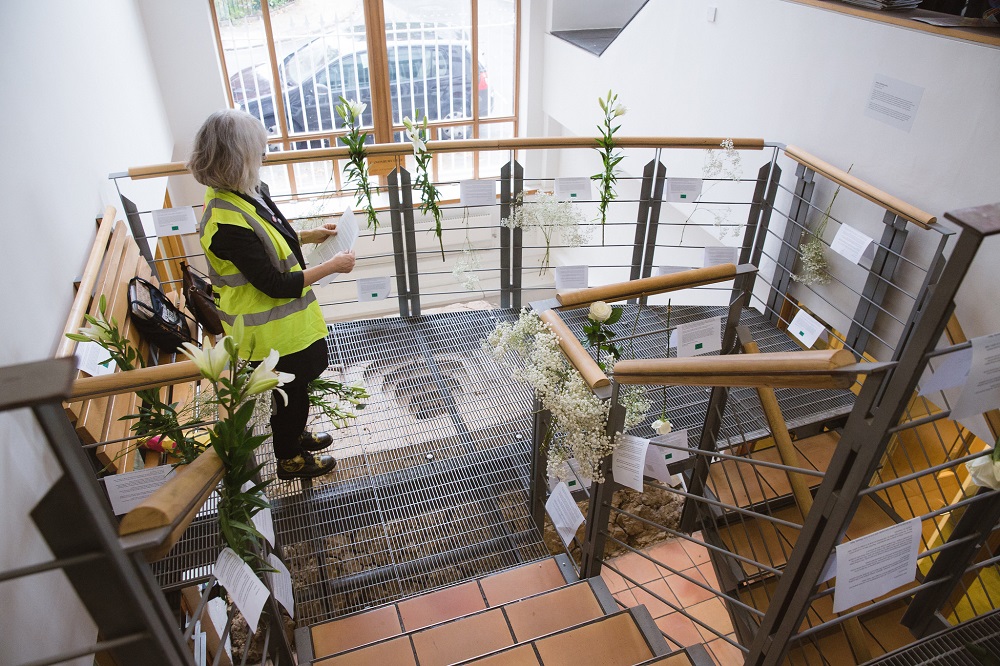 On an institutional level, we have met with Greenpeace before. Our experience is that of positivity and agreement that we are in a dire situation, that we need radical action. However, there is little action afterwards. Greenpeace appear unwilling to talk about strategy.

We understand that as a large institution they have bills to pay and can be risk averse. These times of unprecedented ecological crisis require our institutions to change, rapidly, and to be willing to take risks. We are asking them to support a real people-powered movement as a forward-thinking organisation. They have not just a public and political voice, but also the resources and experience to help this go as well as possible.

The Greenpeace demo was a prelude to more events. The national action will begin on 31 October with a “Declaration of Rebellion” taking place at Parliament Square in London. Then, it’s doing various actions throughout November. You can find out more on Extinction Rebellion’s website.

The UK must heed Extinction Rebellion’s warning. At the very best, the UK has a flaccid, corporate-driven government; the actions of which have been negligible so far. At worst, people driven by corporate greed and profit rule over us – on a global level.

Humanity is facing a species-level crisis. And only species-level solutions will do. But we can only change when we work together. And that change has to come immediately, before it’s too late.

– Find out more about Extinction Rebellion.