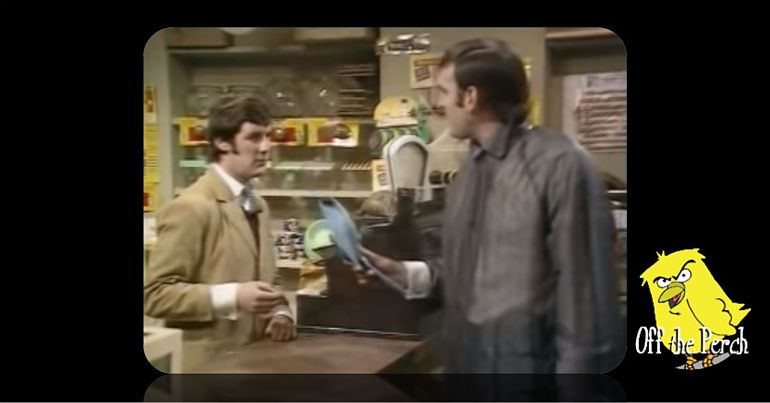 Some have questioned the role of ‘experts’ in the Brexit debate. Michael Gove famously poured scorn on the idea of listening to people who know what they’re talking about. And Theresa May frequently appears to be listening to nobody at all. But now, it seems an expert may have come to May’s rescue. Jeremy Corbyn asked the PM if her Chequers plan was “dead”. She responded “no”, and Off The Perch has found out why.

OTP understands that May has been taking advice from a pet shop owner who claims to be an authority on the EU. Locals have named the man as Terry Chestnuts, but OTP believes this is a nickname derived from the large amount of squirrel feed he stocks. Little is known about him, except he has a brother who runs a similar shop in Bolton. Possibly.

Community rave promoter Melody Bassline was in the pet shop buying a hat for her alpaca. She witnessed a gentleman approaching the counter, apparently to register a complaint:

He was a strange sort. I think he must have been from the government or something because he immediately started banging on about the Chequers plan. He said it was ‘dead’. Terry Chestnuts insisted it was just ‘resting’. This didn’t seem to reassure the government man at all. He became increasingly irate, calling the plan ‘a stiff’ and saying it had ‘run down the curtain and joined the choir invisible’. Terry Chestnuts kept trying to calm him down, talking about ‘beautiful plumage’, which I suppose is pet shop talk for something that looks nice even if it’s useless.

Eventually Terry Chestnuts agreed it might be worth trying to replace the Chequers plan. But when he suggested a No Deal instead, he was forced to admit it didn’t really work. The government man said: ‘Well it’s scarcely a replacement then is it?’. After this everything got a bit silly.

Ken Chisel from the Institute of Criticism agrees:

Quite agree! Quite agree! Silly, silly, silly! Fancy shipping a government minion off to a pet shop for advice on Brexit. And then taking the pet shop man seriously, even if just for a moment, when he says the plan ‘prefers kipping on its back’. It was obviously dead. No one should listen to experts. Get rid of them all I say! Waaaaahhhh!