While the media drones on about a royal baby, other pregnant women face a hidden crisis - The Canary 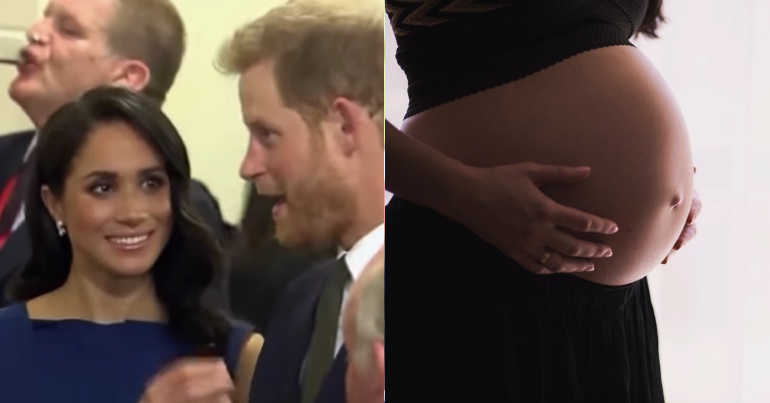 Headlines are filled with the announcement that Prince Harry and Meghan are expecting a baby. But behind these headlines, the reality for many other women expecting babies, or going into labour, goes largely unreported. And one journalist and campaigner argues that NHS cuts by this Conservative government have caused a crisis so bad that it could be life-threatening.

A Twitter thread by Charlotte Hughes highlights a crisis in maternity care. On 16 October, her daughter was admitted to Tameside hospital after going into labour. But there was a severe shortage of beds:

Hughes told The Canary that in no way does she blame the staff or hospital for this situation. She explained in her thread:

The department is massively understaffed and funding has been cut to a level that its close to becoming unworkable.

Hughes believes cuts to NHS funding are behind this crisis. Midwives and hospital staff, she says, are doing their absolute best whilst working in an impossible situation:

So because of the governments cut backs and the inability of the NHS trust we have women urgently needing to deliver their babies that can’t do so. The midwifes are trying their best to keep mums and babies healthy but they are struggling to cope.

Good, caring midwifes and nurses are stressed, a midwife told me that she’s struggling to cope with caring for all of her ladies effectively. Her hands are tied and there’s nothing that she can do,.

And if warnings like this go unheeded, the consequences could be tragic:

So f**k the government, this will be replicated throughout the country on many different wards dealing with all kinds of vulnerable people.

I’ve just got off the phone to her midwife from last night. They delivered 3 babies last night and there’s still more waiting. They deserve a bloody medal. The government are making their working environment almost impossible. I hate this government.

The NHS is the backbone of our country, it saves lives every day. However, the government is intent on restricting funding whilst continuing with their plans to privatise it.

And without action, she said this could mean:

They are depriving the most vulnerable people of the services that they need, staff morale is low and it won’t be long before there could be a possibility of fatalities.

Back in 2010, the Royal College of Midwives (RCM) warned about the impact of proposed cuts to maternity services. Nursing Times said this:

could lead to the emergence of “baby factories”, the disappearance of some hospitals from cities and a general worsening of healthcare in the UK

In August 2018, research by the Labour Party revealed that “nearly half of England’s maternity units closed to new mothers” in 2017.  A Freedom of Information (FOI) request by Labour found that in 2017, “at least 287 occasions when maternity units were closed to new mothers”. It also showed that 41 hospital trusts had “temporarily closed maternity wards to new admissions at some point”. Eight trusts closed for more than 24 hours while “11 trusts shut temporarily on more than ten separate occasions”.

In August, Manchester Evening News reported that in 2017 maternity wards were “forced to close on average once a week” in the Greater Manchester area. Tameside shut four times.

Labour stated that staffing crises were a main driver of these closures:

The most commonly reported reason for closures was capacity and staffing issues. The Royal College of Midwives’ latest estimate is that the NHS in England has a shortage of 3,500 midwives.

There’s also a wider crisis in nursing recruitment and retention with a current shortage of 20,000 permanent staff. Yet despite this, midwives and nurses continue to work tirelessly under ever-increasing pressure.

In response to Labour’s FOI, Gill Walton, general secretary and chief executive of the RCM, emphasised that pregnant women shouldn’t be “distressed by this research” because their safety was the most important thing. She explained:

We know trusts are facing huge pressures to save money demanded by the Government, but this cannot be at the expense of safety… if some maternity units regularly have to close their doors it suggests there is an underlying problem around capacity staffing levels.

Walton also insisted that the government must act to increase funding.

A spokesperson for Tameside told The Canary:

At Tameside and Glossop Integrated Care NHS Foundation Trust there are seven birthing rooms on Central Delivery Suite plus a further five cubicles. We have had an extremely busy period over recent weeks which has resulted in a small number of women being diverted to other maternity units, which is an agreement we have with neighbouring Trusts across GM.  Our Trust sometimes also take diverts from other Trusts.

The diverts which have taken place recently have mainly been due to high levels of activity and a high number of women with complex needs requiring additional support. This is in no way related to any cuts in funding. We are fully recruited to all our midwifery posts with 8 new midwives starting this month. In addition, work is due to start on our Midwifery Led Unit which we hope will be completed by early Spring and will provide a further three beds, including two birthing rooms.

In response to broader questions about the issue, the Department of Health (DoH) told The Canary:

Maternity services are unable to plan the exact time and place of birth and there are occasions when a unit cannot safely accept more women into their care. In such cases, the only safe alternative is to close the unit temporarily. It is important of course, that where a unit closes, there are systems and guidelines in place to ensure pregnant women have access to the next closest maternity unit and the type of care they have chosen, including midwifery-led care…

For pregnant women, 2023 is a very long way off. Hughes told The Canary:

I urge the government to put the health and wellbeing of… [the] NHS as a priority and to provide the funding that it desperately needs.

Hughes saw the crisis first-hand as she waited with her daughter who was in labour. So it’s vital that we listen to her – and to every woman in the country going into labour, and every exhausted nurse and midwife who guides these women on that journey. The royal baby won’t face these issues, but millions of others will.