It was close. But a Labour MP has managed to out-stupid every Conservative on Brexit. - Canary 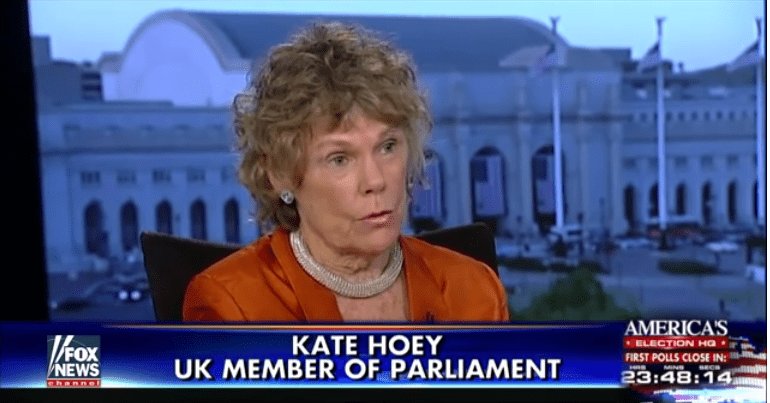 There’s no doubt it’s been close. But Labour MP Kate Hoey has seemingly managed to out-stupid every Conservative Leaver on Brexit.

Hoey, one of the few Brexiteer Labour MPs, has been busy wondering why we don’t just include the Republic of Ireland in the UK after Brexit:

Lots of people couldn’t believe it:

BECAUSE THE REPUBLIC OF IRELAND IS A SOVEREIGN STATE WHICH DOES NOT WANT TO LEAVE THE EU, CATHERINE. https://t.co/IsL01bAaKk

Either way, please stop it then go in the corner and have a wee think about what you’ve done.

As your constituent, I’m deeply concerned that my MP does not seem to understand that the Republic of Ireland is a sovereign state which does not want to leave the EU.

Either that or she thinks this is funny, in which case the captain of her brain ship is drunk at the wheel.

You’d think it may be a joke. But Hoey has form here. She previously suggested that the Republic of Ireland could solve the hard-border problem simply through leaving the EU as well. For Hoey, it doesn’t seem to matter that Ireland has not had a referendum on the issue; or that polling in May 2018 showed that 92% of Ireland’s residents want to remain in the EU. That’s a dramatic rise in Remainers from five years before. Maybe they’ve been watching how the Tory Brexit is going.

Hoey outdoing Conservative Brexiteers on the Irish border problem has certainly been a close call, though. Because on 15 October, leading Tory Brexiteer Andrew Bridgen phoned in to BBC 5 Live to say:

As an English person, I do have the right to go over to Ireland and I believe that I can ask for a passport.

No. To get an Irish passport, a British person from anywhere other than Northern Ireland must have an Irish parent or grandparent.

Still, Bridgen doubled down on his nonsense.

The hard-border issue has been an impasse in the Brexit negotiations. The issue: if the UK has fundamentally different regulations from the EU after Brexit, there would need to be a hard border between the Republic of Ireland (part of the EU) and Northern Ireland (part of the UK). But the removal of a hard border is central to the Good Friday Agreement, a landmark peace deal between Republicans and Unionists.

A ‘backstop’ is a policy that must be written into the EU transition deal to ensure that a hard border does not happen. The thing is, the policy involves the UK staying in the customs union and possibly other regulatory alignments with the EU. Theresa May would find that very difficult to square with Conservative Brexiteers, and she doesn’t even have a majority in parliament. So we’ve been left in deadlock.

But Hoey thinks she has the answer. Why doesn’t the Irish Republic simply join the UK and leave the EU as well?