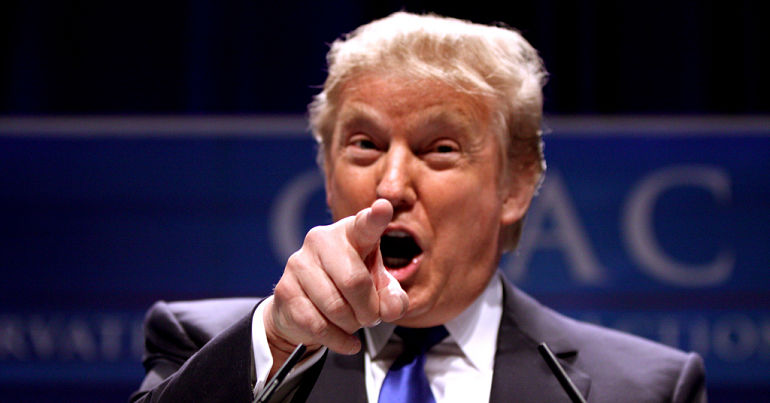 The Trump Estate plan includes 500 luxury homes. It will also include “a gym, equestrian centre, shops and offices”, as well as holiday homes. But 3,000 people have objected to the proposal for the estate, which is to be located in Menie, near Trump’s Balmedie golf resort. The Trump Organisation’s original plans for the Menie estate included a luxury hotel which was changed to 500 luxury homes.

As STV News reported, pressure group Tripping Up Trump started a petition. It has received 19,000 signatures and the council will consider it. And campaign group 38 Degrees has also submitted 3,026 letters of objection to the council.

The public raised objections because of the lack of access and potential parking issues. Some people argued the luxury estate would not benefit “the local economy”.

One objection pointed out the change in the original plans:

The new plans are different from what the Trump Organization was given permission for in 2008.

The letter goes on to say Trump Organisation’s plan does not match the Local Development Plan.

‘A change of heart’

STV News reports that residents have “had a change of heart” over the Trump International Golf Links proposals. During its “phase one” planning application in 2008, the council received “2,000 letters of support”.

Our communities have already heard the numerous false promises from President Trump about affordable housing, thousands of jobs and a boom in tourism. None of these have come to fruition and so the very basis on which he was granted permission to destroy a tract of our coastline haven’t been met.

Now the Trump Organisation want to build 500 ‘luxury’ houses? This location is entirely inappropriate for housing, is far from local amenities and would essentially become a playground for the wealthy. The number of local objections show this development is as popular as President Trump is.

Politically motivated and vexatious objections are not relevant within Scottish planning law. This project has tremendous support regionally, nationally and internationally.

Malone also said the petition set up by Tripping Up Trump was “fundamentally flawed”.

Aberdeenshire Council’s planning committee will consider the consultation in full in November 2018.