If you thought Chuka Umunna’s new centrist thinktank was a joke, you should see his pay cheque - Canary 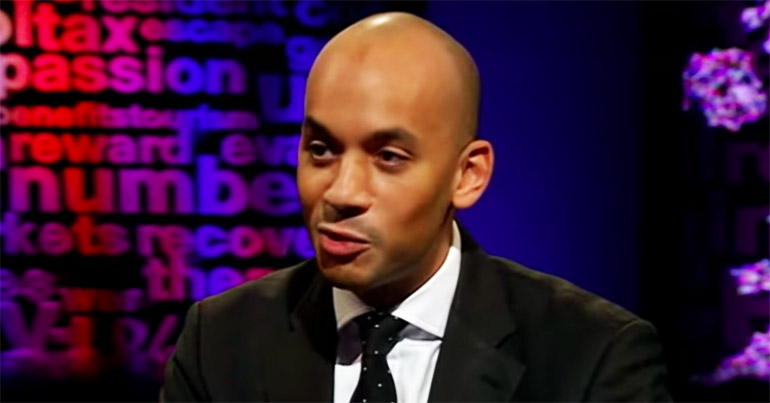 For the majority of people living in 21st-century Britain, Umunna’s claim that centrism is “back” is a bit of a joke.

But the salary the MP for Streatham will pocket for his new side job is no laughing matter.

On finalising plans for the UK’s latest ‘progressive’ thinktank, Umunna disclosed his new pay cheque in the register of members’ interests.

And the figure is stomach-churning:

Chuka Umunna will be paid £65,000 a year to chair a new centrist think tank https://t.co/bMXifKwTvL

As former spokesperson for Jeremy Corbyn Matt Zarb-Cousin pointed out, it adds up to more than Theresa May’s base salary of £150,402:

Flogging the dead horse of centrism with yet another Tory-lite thinktank (surely the Tony Blair Institute has it covered)? A bit of a joke.

But for prominent figures on the left, the real joke wasn’t just the round figure of Umunna’s salary.

Apparently the MP will get double the average wage in the UK – for just 12 hours of work a month. That means Umunna will literally be making £451 an hour:

Incredible. Chuka Umunna to pocket £65,000 a year to chair this new "centrist" think tank, for doing 12 hours per month work. Time to ban our MPs – public servants who are there to serve their constituents – from doing lucrative second jobs. https://t.co/0cCt2Pkbyo

As far as Tory-lite speaking fees go (at one point, Tony Blair was on £10,000 a minute), there’s room for improvement.

But still… props to Chuka!

And the Twitter reaction to Umunna’s showcase of peak centrism was predictably hilarious:

Think of all the watches the size of a bin lid he can buy with that!

Chuka Umunna getting thoroughly outsized recognition for very little work while being completely out of touch is *kisses fingers* so on-brand https://t.co/c5b7eGsjLE

But amidst the current climate of crippling austerity, child poverty and mass inequality, the news also provoked genuine anger:

Really proud of my MP for taking such an admirable, strenuous and challenging position. I’m sure the guy I see who sleeps outside Sainsbury’s every day will be chuffed with his new focus.

and here's me thinking he was working flat out to scupper Brexit………..how can a Labour MP pocket 65,000 for 12 hours a month and look his constituents in the eye when talking about the division between the haves and the have nots

For many on the left, the MP for Streatham represents the worst side of the Labour Party.

It’s not just that he constantly criticises socialism and in turn, Labour leader Jeremy Corbyn. Or the fact that he calls his own party “institutionally racist” while pandering to nationalist sentiments at the same time. Or even that he (allegedly) didn’t pay his interns.

Umunna provokes so much outrage because he shamelessly promotes an economic system that ruins people’s lives. Whether he does this because he’s a genuine believer in neoliberal centrism, or because he’s just protecting his own interests, is anyone’s guess.

And its no laughing matter.

– Join Momentum, for an antidote to centrist politics.

– Read more of our coverage of centrism in British politics.