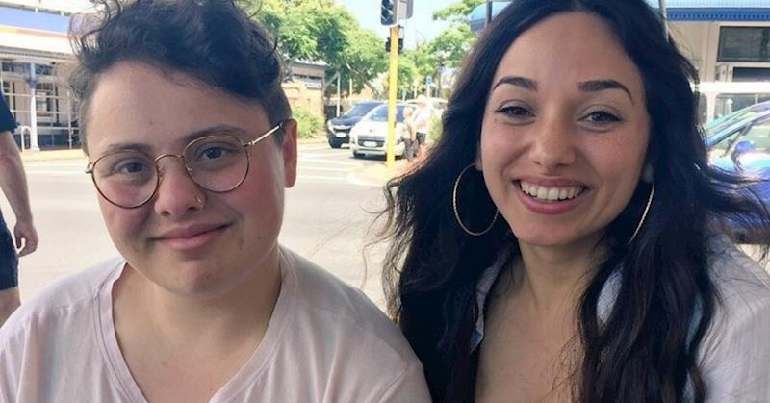 Apartheid Israel has long sought to criminalise boycotts against its occupation of Palestine. In 2011, Amnesty International called its new anti-boycott law “a blatant attempt to stifle peaceful dissent and campaigning by attacking the right to freedom of expression”. And now, an Israeli court has ruled against two Boycott, Divestment, Sanctions (BDS) supporters for their role in getting a concert cancelled.

But Israel is probably wishing it hadn’t tried to silence these campaigners. Because they’ve come out fighting.

In late 2017, New Zealand-based campaigners Justine Sachs and Nadia Abu-Shanab (of Jewish and Palestinian descent respectively) asked singer Lorde to cancel a concert in Israel out of respect for the non-violent BDS movement.

Hey @lorde as a Jewish person committed to ending Israeli apartheid I feel strongly about your annouced Israeli tour dates.
That's why me and a Palestinian friend Nadia have written you an open letter urging you to cancel your show. Please hear us out. https://t.co/YP7l3jDyVg

Lorde soon obliged, admitting she had ‘not made the right call’ in arranging the performance.

Attacks and smears soon followed. But over a hundred well-known musicians, writers, directors, and actors quickly stood up for Lorde, insisting in an open letter:

We deplore the bullying tactics being used to defend injustice against Palestinians and to suppress an artist’s freedom of conscience. We support Lorde’s right to take a stand.

It wasn’t over, though. Because apartheid-defenders then went after Sachs and Abu-Shanab for the role they played in Lorde’s decision. And as the two BDS supporters wrote on 12 October:

This morning we woke up to find Israeli courts have ordered us to pay more than US $12,000 in damages…

‘We won’t pay. But we will support the people of Gaza.’

Sachs and Abu-Shanab also insisted, however, that:

In a few short hours we’ve been overwhelmed with offers of financial support from New Zealand and around the world. We will not be paying the court ordered amount. Instead, we would like to use the publicity surrounding Israel’s stunt to return the attention and support back to Palestine and those paying the heaviest price for Israel’s actions.

So they did. And a crowdfunding campaign they set up to raise money for The Gaza Mental Health Foundation has so far raised over $36,000. This money, they explained, would ultimately go to “organisations which are providing vital mental health support to the traumatised families of the Gaza Strip… where over half of children suffer PTSD as a result of Israeli attacks”.

We had an elderly Jewish man donate $100 “even though he’s an old-school Zionist” because he was so angry about the implications for freedom of speech and democracy. If he can donate so can you!

Alongside alleged Israeli war crimes and ethnic cleansing in the occupied West Bank, people in Gaza continue to live in what many observers describe as an open-air prison. It’s a place where water pollution is a “leading cause of child mortality”. And in May, the UN said Gaza was facing “an unprecedented humanitarian crisis, caused by over 10 years of Israeli blockade“. Its statement came just as Israel was murdering Gazan protesters – and just under four years on from its massacre of around 1,483 civilians in the territory.

If you believe in freedom of speech, and the right to criticise Israel’s ongoing occupation of Palestine, then support Sachs and Abu-Shanab. Because support for BDS means support for Palestinian civilians who are suffering on a daily basis; and it means support for justice.

– Donate to the crowdfunding campaign here.

– Add a video to the #MeTooGaza campaign.