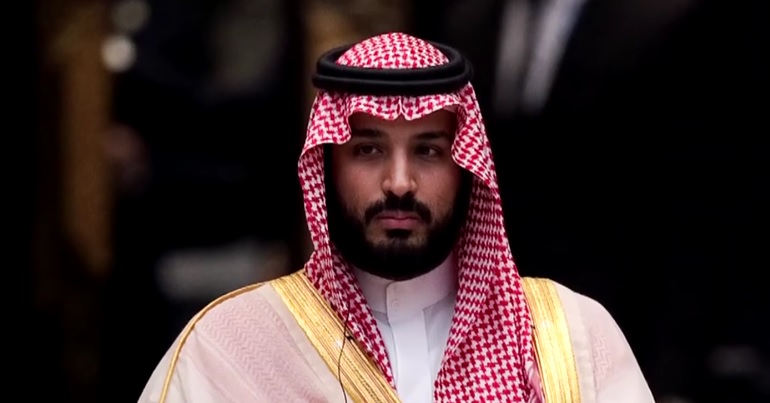 Following accusations levelled at Saudi Arabia over the disappearance of a journalist, the kingdom sent out a chilling message to its citizens.

According to the Saudi Gazette, the country’s public prosection reminded people on 13 October that “sharing or spreading rumors or fake news” is a punishable offence. In fact, citizens can apparently go to jail for five years or get a three-million-Saudi-Riyal fine (around £600,000) for it.

The authorities say “sharing or spreading” such content breaches Article 6 of the cybercrimes regulations. According to the Saudi Gazette, this article lays out penalties for people:

who produce or spread or share electronically anything that breaches public order, religious values, public morals and privacy.

Turkey claims that Saudi Arabia killed a dissident journalist, Jamal Khashoggi, when he visited its consulate in Istanbul on 2 October. The country’s crown prince denies this. To him, and his father King Salman, this is then ‘fake news‘. So this ‘reminder’ is effectively a warning to people. If they engage with this theory at all online, the kingdom will punish them for it.

The mainstream media have regularly referred to the crown prince, Mohammed bin Salman, as a “great reformer”. This message to the country’s citizens shows how untrue that is.

Of course, anyone who has paid the slightest bit of attention to what bin Salman is up to in Yemen already knows he’s no ‘reformer’. Because his country has led a military coalition that’s been obliterating Yemen since 2015.

Violence is not new. Nor is causing untold civilian suffering particularly forward-thinking. In fact, bin Salman is about to send us back about 100 years. Because he bears a huge amount of responsibility for putting Yemen on the brink of the world’s worst famine since then. As the UN’s humanitarian coordinator for Yemen, Lise Grande, told the BBC:

I think many of us felt as we went into the 21st century that it was unthinkable that we could see a famine like we saw in Ethiopia, that we saw in Bengal, that we saw in parts of the Soviet Union – that was just unacceptable.

Many of us had the confidence that would never happen again and yet the reality is that in Yemen that is precisely what we are looking at.

Nonetheless, the media keeps sugar-coating the shit that is the Saudi regime. The UK government, meanwhile, keeps selling it weapons. And presumably, from now on, Saudi citizens will learn to keep their mouths shut; or they’ll face the wrath of their appalling despot. Sorry, we mean their ‘great reformer’.

– Take action against arms sales to Saudi Arabia with Campaign Against Arms Trade.

– Lobby your MP to break ties with Saudi Arabia over its actions in Yemen.