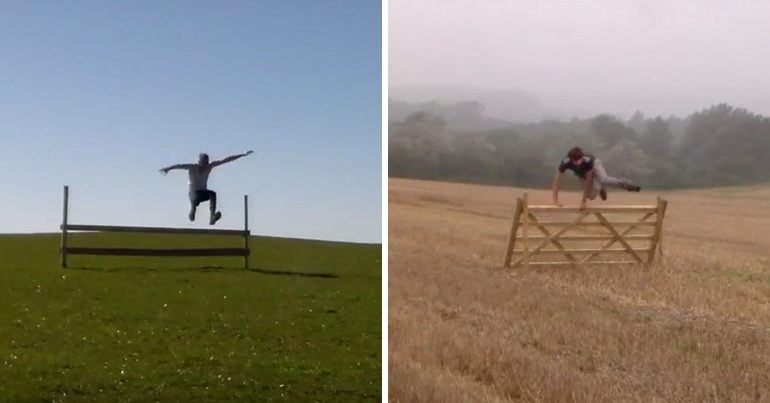 The National Trust has started approving hunts for the 2018/19 hunting season. Last year’s vote to continue allowing hunts on its land led the charity to face months of backlash. As a result, all eyes were on this season’s licences. But anti-hunt campaigners have given a warm welcome to the National Trust’s first approval.

The first pack licensed by the National Trust is the Isle of Wight Farmers’ Bloodhounds. Anti-hunt campaigners met the announcement with applause. The National Dis-Trust, for example, which calls for the end of all hunting on the charity’s land, said it had “no issue” with the decision.

There’s a reason for this. Unlike most hunts licensed by the charity, the Isle of Wight Farmers’ Bloodhounds is a ‘clean-boot‘ hunt. This means a small pack of bloodhounds chase a human runner along a set route by the runner’s scent alone.

The Isle of Wight Farmers’ Bloodhounds also publishes the date and route of its meets. This is in stark contrast to trail hunts, which allegedly caused the National Trust to U-turn on its decision to publish licensed routes during the 2017/18 season.

The other Isle of Wight hunt

At the time of publishing, only three hunts have been licensed by the National Trust, including the Isle of Wight Farmers’ Bloodhounds. Another is the Isle of Wight Foxhounds, a pack that claims to hunt within the law – although National Dis-Trust has disputed this claim.

The Foxhounds pack will hunt on some of the same land at Mottistone Down as the Bloodhounds, and National Dis-Trust has asked people not to confuse the two.

Speaking to The Canary, a spokesperson for National Dis-Trust said:

We will monitor the situation closely, but the differences could not be clearer; the bloodhounds do not employ terriermen unlike the fox hunt and they publish their meet dates in advance on their website because they have nothing to hide, unlike the fox hunts that had a national tantrum about their meet dates being published by the National Trust.

Joe Hashman of Hounds Off, which helps people affected by hunts trespassing on their property, laid out the advantages of clean-boot hunting to The Canary:

If people with finance and vision backed [clean booting] they could transform the perception and practice of hunting people with bloodhounds… Apart from the equestrian and canine elements, imagine the fun of hunting vegan runners across the countryside with dogs, of chasing Olympic athletes, celebrities or even politicians? You could have teams of runners competing not just against the hounds but also against each other… League tables could chart the fortunes for both teams and individuals.

The bookies would have a field day and a new generation of youngsters could grow up with honest and clear consciousnesses because they don’t need to make animals suffer for pleasure.

National Trust for the many

The third pack approved by the charity at the time of publishing is the Golden Valley Foxhounds. And as National Dis-Trust points out, the licence includes dates during the traditional cubbing season. Cubbing is when young hounds are trained by hunting and killing fox cubs.

Although it has licensed the Isle of Wight Bloodhounds, it’s clear that the National Trust’s support for trail hunts will continue. But clean-boot hunting points to a solution that could satisfy campaigners, the charity and its members, and Britain’s wildlife. All parties involved would benefit. All parties except those hunting wildlife, of course, but that’s not such a bad result.

– National Dis-Trust, Hounds Off and other groups have organised a protest at this year’s National Trust AGM on 20 October. Check the Facebook event for more information.

– Sign the petition to kick hunts off Forestry Commission land.