First the weather, now locals are causing grief for a fracking firm - Canary 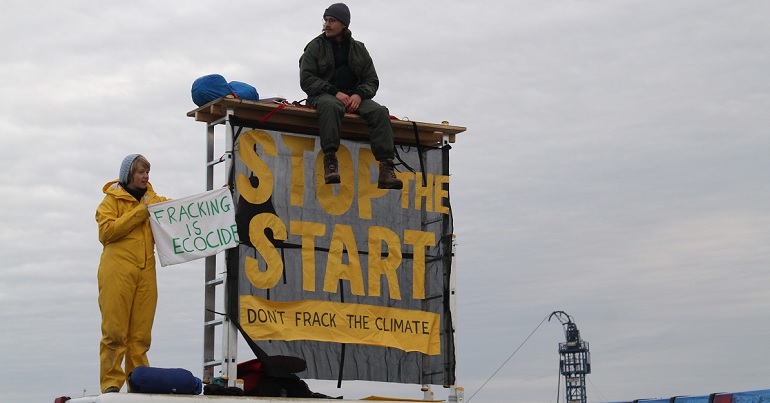 If a fracking company thought the weather had given it a headache, it probably wasn’t ready for the protests that temporarily stopped its work in its tracks.

Preston New Road, near the village of Little Plumpton, is at the centre of a row over fracking. Cuadrilla has permission to explore and drill the site for shale gas, which has pitted it against local people. But its operations have been dogged by numerous scandals. These include:

In July, the government officially gave Cuadrilla the go-ahead to start extracting shale gas. The decision was met by more protests from locals. Then, a legal challenge from local resident Bob Dennett stopped Cuadrilla in its tracks. He argued that the local council’s “emergency response planning and procedures” at the site were not good enough.

Cuadrilla was set to start work on Saturday 13 October. But in a twist of irony, Storm Callum stopped the firm in its tracks. So it tried to resume operations on Monday 15 October. This time, though, it wasn’t the weather getting in its way. Incensed local residents and campaigners effectively shut Cuadrilla down.

Around 40 people gathered at 4:30am with a van to blockade Cuadrilla’s site. A scaffold structure was put on top. A banner read “Stop the Start. Don’t Frack the Climate”: 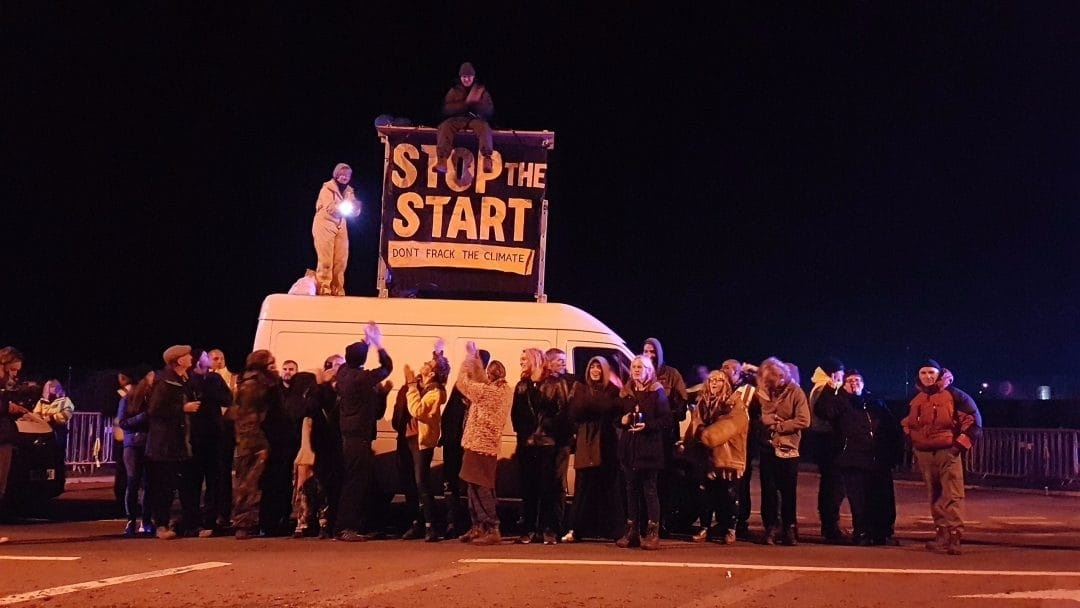 The blockade continued into the morning: 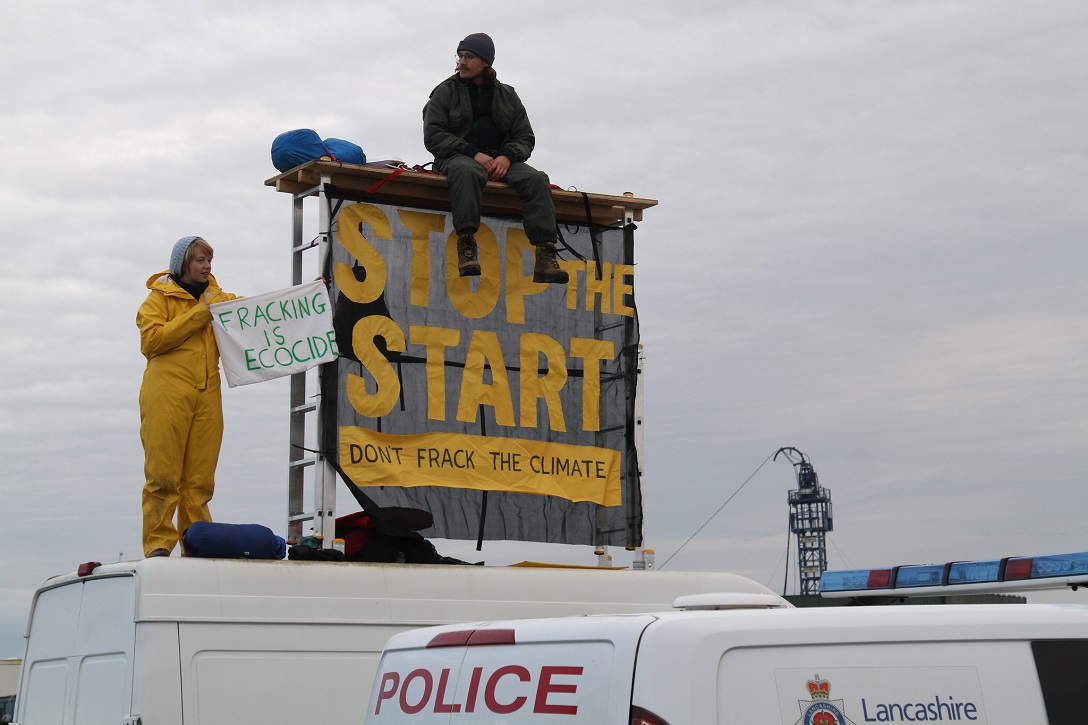 The Lancashire Post kept up with events with rolling coverage. As it reported, at around 10:50am police closed the entire road to the fracking site. Dennett called it a “political” move. Then campaigners locked on by reportedly cementing their arms together with tyres. One campaigner told the Lancashire Post:

We’ll be monitoring the site 24 hours a day. It is definitely not over, it has just got serious.

Social media also got involved with the action:

[BREAKING] Blockaded fracking site in the UK! ? The first fracking in 7 years was due to start today, read more @ https://t.co/hgNXvz3Y4q the local resistance remains determined & strong, and the global community stands with them #GasdownFrackdown @frackfreelancs @NoFrackLancs https://t.co/kKe6kBcVCQ

Did the Cuadrilla chief executive have problems eating his breakfast?

We told you we'd be back. The locals will never give in and across the UK more people are gearing up to support them.#WeSaidNo #UntilWeWin

5 hours later and still balanced on top of the van – no vehicles getting into site yet today! pic.twitter.com/YFXWwtIM6Z

In the wake of the #IPCC calling for urgent and unprecedented change to avoid #climatebreakdown… We took them seriously.

But despite the protest, at around 1:15pm Cuadrilla began work at the site.

We are deeply disappointed that despite many ongoing concerns and challenges, the decision to progress fracking at this time has been taken.

Over 100,000 people objected to this fracking application. In addition, our parish council, Fylde Borough Council and Lancashire County Council rejected the application. They had a duty of care to local residents and they fulfilled that duty.

The wishes and democratic decisions of our community have been ignored by the government in favour of an industry that does nothing to enhance our climate or environment.

There are now hundreds of scientific studies that have already identified risks and actual harms resulting from fracking. The UK government has blatantly ignored them all.

Poor Cuadrilla. First, the extreme weather stops it in its tracks, delivering a dollop of irony to boot. Now, a group of locals and campaigners brought the multinational to its knees; albeit it just for a short while. If anyone owns the world’s smallest violin, could they please send it to Lancashire?

Featured image and additional images via Reclaim the Power