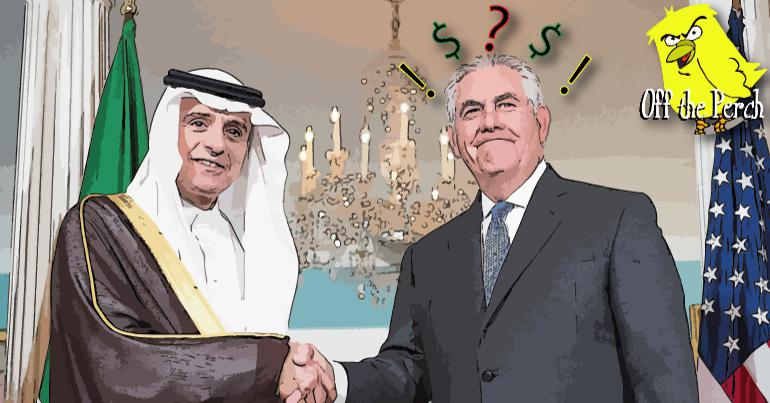 Saudi Arabia is accused of killing Washington Post journalist Jamal Khashoggi. He was allegedly killed behind closed doors, and this is a great tragedy.

After all, how on Earth is the West supposed to profit from this?

Saudi Arabia has been waging a bloody war against Yemen for years. The deaths of ordinary Yemenis aren’t a tragedy because they generate jobs and profit.

The alleged killing of Khashoggi generated nothing but bad headlines.

The Ministry of Defence said:

We don’t know what Saudi Arabia is playing at. It sounds like they killed him with clubs or something. We don’t even sell clubs! Even if we did, do you realise how many we’d need to ship before we saw profit? The damn things are reusable!

It could be worse than that, too. Maybe they just strangled him? How the hell are we going to charge someone to use their own damn hands?

The nations that supply Saudi Arabia with weapons have had an urgent meeting to discuss these developments. The feeling is they might have been thinking about murder all wrong. Maybe – instead of charging per weapon – they should be charging per-killing-they-ignore?

This is why ‘Western exceptionalism’ is a thing. It’s because our ideas are always so exceptional.

Featured image via US Department of State – Wikimedia (IMAGE WAS ALTERED)