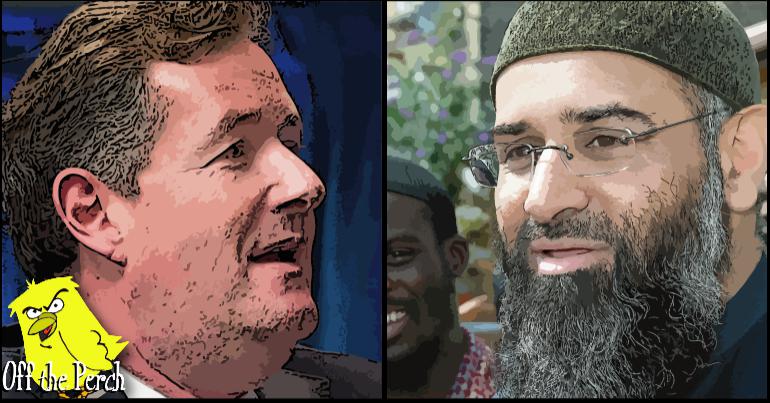 The intolerable terror-shit Anjem Choudary has been deported to his nation of birth.

Although that probably wasn’t what people like Piers Morgan intended:

The Deport Anjem Now! (DAN!) group is demanding Choudary’s deportation Off The Perch caught up with DAN to find out more:

OTP: Do you think any British citizen should be a viable target of deportation?

DAN!: Well… no. Just the ones who are a bit foreign. Like they have foreign ancestors or something.

OTP: Wayne Rooney’s grandparents were Irish – would he be a viable target?

DAN!: Obviously not! Wayne Rooney is…

OTP: Debatable. But how will deporting British citizens work?

DAN!: We’ll ring up foreign countries and we’ll say, “We don’t want this guy, so you’re going to have to take him.”

OTP: And when they say no and refer us to the UN?

DAN!: We’ll threaten to bomb them!

OTP: And when the UN countries sanction us and we ultimately don’t bomb anyone?

DAN!: Err… with Choudary? I suppose we could fly over Syria and just drop him into the middle of it?

OTP: So your plan is to have British soldiers risk their lives to airdrop an effective terror-recruiter into an active war zone?

DAN!: Look, all I’m saying is we should deport him.

In fairness to the idiots, there are still some places we can banish Choudary too. They are: