Chris Williamson is right about antisemitism. Right-wingers are gaslighting the Corbyn-led movement. - Canary 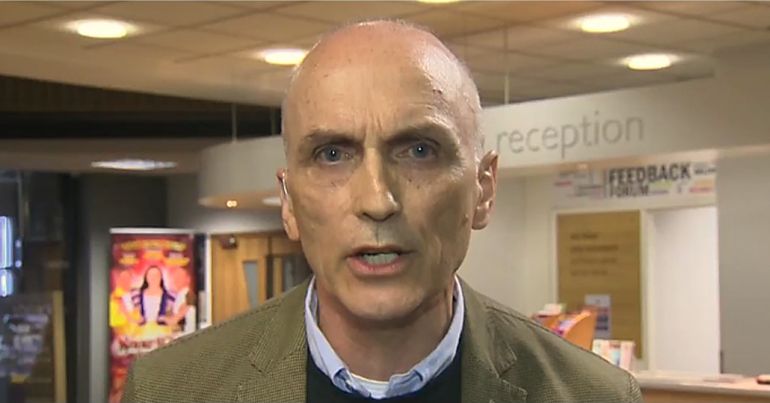 Labour MP Chris Williamson has been suspended from Labour for saying that the party has been “too apologetic” over allegations of antisemitism. But although he later apologised for those words, Williamson has consistently made an important point. While the Labour leadership has correctly taken strong and swift action against proven cases of antisemitism, the leadership, and the wider ‘Labour left’, has conceded too much ground on the issue. It’s self-destructive to not acknowledge that right-wingers and supporters of Israel’s occupation are gaslighting the Jeremy Corbyn-led movement.

This is a major problem. The weaponisation of antisemitism from Corbyn’s political opponents has:

Let’s not forget where the narrative on Labour and antisemitism began. The UK establishment threw all kinds of mud at Corbyn when he first emerged as a front-runner in the 2015 Labour leadership election. But the barrage of stories that Corbyn is secretly in cahoots with Vladimir Putin, has sold British secrets to communist spies or is “the left’s Enoch Powell” were too far-fetched. It was a combination of the legitimate cases of antisemitism in Labour plus the snowballing allegations from Corbyn’s political opponents that did it. The elite finally had something that stuck.

The next step was to smear the whole Corbyn-led movement as ‘antisemitic’. The establishment and its media have tried to do this in two main ways. Firstly, they spotlight the actions of a small minority on the Labour fringe (accusations of antisemitism relate to 0.1% of the membership). And secondly, they publish exaggerated rhetoric from right-wingers. Indeed, an academic study from Goldsmiths shows that the mainstream media’s relentless coverage of Labour antisemitism greatly exaggerates the scale of the problem. Analysing coverage of Labour and antisemitism in summer 2018, the academics concluded:

Following extensive case study research, we identified myriad inaccuracies and distortions in online and television news including marked skews in sourcing, omission of essential context or right of reply, misquotation, and false assertions made either by journalists themselves or sources whose contentious claims were neither challenged nor countered. Overall, our findings were consistent with a disinformation paradigm.

Yet the Labour leadership and many of its prominent supporters have never called out this “disinformation paradigm” on antisemitism. They seem to forget that only 32% of the UK public trusts “the media in general” and that the UK has the least trusted press in Europe by a distance. They seem not to fully register the fact that centrism is collapsing around the world and a smear campaign is all the ‘free-market’ establishment has left. The leadership and others apparently don’t realise that the elite is on the run and the Corbyn-led movement should be on the offensive. Instead, they apologise over allegations of antisemitism from political opponents, even when those claims are baseless. The latest example is Williamson, whom Labour has essentially suspended for criticising the party’s approach. The MP for Derby North: suspended for calling out the failure of the party to challenge the systematic smearing of its own membership and leader.

The attacks do not just come from right-wing Labour figures like Chuka Umunna, who slander the party as “institutionally antisemitic”. Israel’s strategic affairs ministry has an outright “black ops” policy of smearing the Palestine solidarity movement. When it comes to the UK specifically, the Israeli government body has funded and coordinated the “Act.IL” propaganda initiative. This application deploys an online troll army that spreads false propaganda about Corbyn and Labour. This is because the Labour leader has long been strong on upholding Palestinian rights under international law and has a gold-standard record on antiracism.

These revelations should have been enough for the Labour leadership to call an inquiry into Labour Friends of Israel. But again, the Labour leadership continued in a futile attempt to appease people who only want to destroy its project. Now, a number of the pressure group’s key members have splintered from Labour and are launching yet more damaging attacks on the Corbyn-led movement. And, as ever, the corporate media is aiding and abetting them.

‘Disgraceful efforts to fend off the Corbyn threat’

Partly because of the Labour leadership’s weak response, we are now at the stage where 27% of the UK public think that Corbyn is an antisemite, according to a BMG poll in August 2018. In the words of renowned Jewish intellectual Noam Chomsky, this is a reversal of reality:

To be clear, the struggle includes tackling antisemitism in Labour’s own ranks. For instance, the party rightly suspended Derek Hatton recently for holding Jewish people collectively responsible for the actions of Israel in a 2012 tweet. But often, the allegations against Corbyn and Labour rely heavily on misrepresentation.

So it’s crucial that the Labour leadership and many of its prominent supporters are stronger on calling out the bottom line: the media and right-wing storm over this is predominantly a smear campaign. Because it’s never going to stop until Corbyn either resigns or makes ever greater concessions on foreign policy, particularly on Palestinian rights.