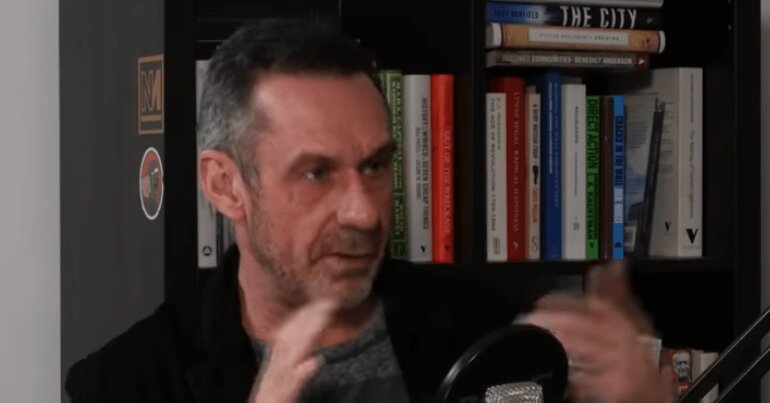 Former Channel 4 economics editor Paul Mason broke down why the UK media has lost it over Brexit on 19 March.

Speaking to Novara Media, Mason – who also “spent more than a decade at the BBC” – took the media class apart:

The coverage of Labour under @jeremycorbyn by the @guardian can be summed up in a single sentence, "please, please don't let our world die".pic.twitter.com/skKZWnANO0

“Sickened by the total lack of proportionality”

During the episode of TyskySour, Mason pointed out the double standards in the corporate media:

Having been a mainstream media reporter for the BBC and for Channel 4, I’m sickened by the total lack of proportionality in the reporting. We are living through a constitutional crisis and most of the political reporters are treating it like a joke. If Corbyn wears the wrong hat at the wrong ceremony, it’s like a ten minute diatribe… All the value judgements in the language are the guy’s useless… But Theresa May has just destroyed the British constitution and you get these kind of funny segments where people go… on the one hand, on the other hand…

It’s safe to say that the corporate media has propped up May’s administration. Imagine if Labour had:

Despite those examples of a government in unprecedented chaos, corporate journalists have largely avoided asking if May will resign. Explaining why, Mason continued:

There’s a total lack of engagement with the drama of the situation by the political reporting class because they know their world is one step from destruction. Theresa May falls, the Tory party fragments, Brexit is averted or radically softened. End of the right-wing politics in Britain… for a generation, Corbyn in power, goodbye the world that you thought was permanent. And it’s so obvious when you see it and listen to it in the subtext of what these journalists say

He then specified that his analysis includes the Guardian:

I still write for the Guardian. But the whole narrative of the Guardian is… ‘please don’t let our world die’

The corporate media cannot truthfully report on Brexit because it’s part of the collapse of the status quo. Fearing the Corbyn-led movement, editors of major news organisations have predominantly been engaged in damage limitation. As Mason points out, this has resulted in an almost comical level of disproportionate reporting.

But the reality is, of course, very serious. The corporate media has abjectly failed to hold the government to account. So it is in part to blame for this fiasco and the high risk of a ‘no-deal’ outcome.