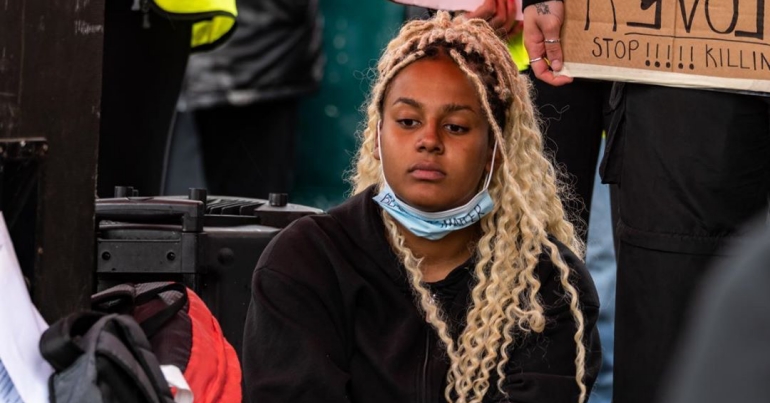 Anti-racism and Black Lives Matter protesters continue to hold marches across the UK, as the push for change gathers momentum in response to evidence that structural and casual racism is rampant among British institutions. Rallies have taken place across the UK, including in London, Glasgow, Bristol, Cambridge, and Peterborough.

While the outpouring of solidarity was initially sparked by the killing of George Floyd in the United States, a growing sense of discontent among Black, Asian and Minority Ethnic (BAME) communities has been exacerbated by the Windrush scandal, institutional racism, and increasing evidence that BAME communities are bearing the brunt of coronavirus (Covid-19).

Boris Johnson declared that he would hold a government inquiry into institutional racism but placed a controversial Number Ten advisor in charge of the inquiry. Johnson was also criticised for his comments about the inquiry after he stated:

What I really want to do as prime minister is change the narrative so we stop the sense of victimisation and discrimination.

Impassioned speeches at the Cambridge for Black Lives rally on 5 June detailed everyday racism that Black people face in Cambridge. Lara Ekwuru, a photography student from Nottingham Trent and speaker at the Cambridge event, told The Canary:

Not a lot is being done to tackle institutional racism in colleges. Many students and ex-students within Cambridgeshire are calling for institutions to revise their curriculum and include more British Black history. Whilst this is a step, I don’t believe this is enough.

It is one thing to teach Black history, however staff attitudes at schools must change and staff must be held accountable for racist incidents (past and present). In the days following the protest, I received over 40 messages from students of colour recalling racist incidents from members of staff at schools, from secondary schools to sixth forms to universities. I was shocked but not surprised.

Ekwuru’s claims are backed by evidence. Cambridge University reported the most racism complaints between 2014/15 and 2019. In February, Collin Edouard was “grabbed” by a porter and was only allowed to continue into the college after a white friend spoke up for him.

One in four Oxford University colleges didn’t admit a single student from Black British backgrounds from 2015-2017. In 2018, there was a reported 61% increase in racists incidents at universities and several BAME students have spoken about their experiences. And Black and Arab academics earn 26% less than their white counterparts.

Meanwhile, a damning report has concluded that BAME key workers were exposed to contracting coronavirus because of racist and discriminatory practices within the NHS.

Ekwuru is clear about what needs to happen next:

BLM marches are set to continue through the summer with the next march in Cambridge due to take place on Saturday 27 June.