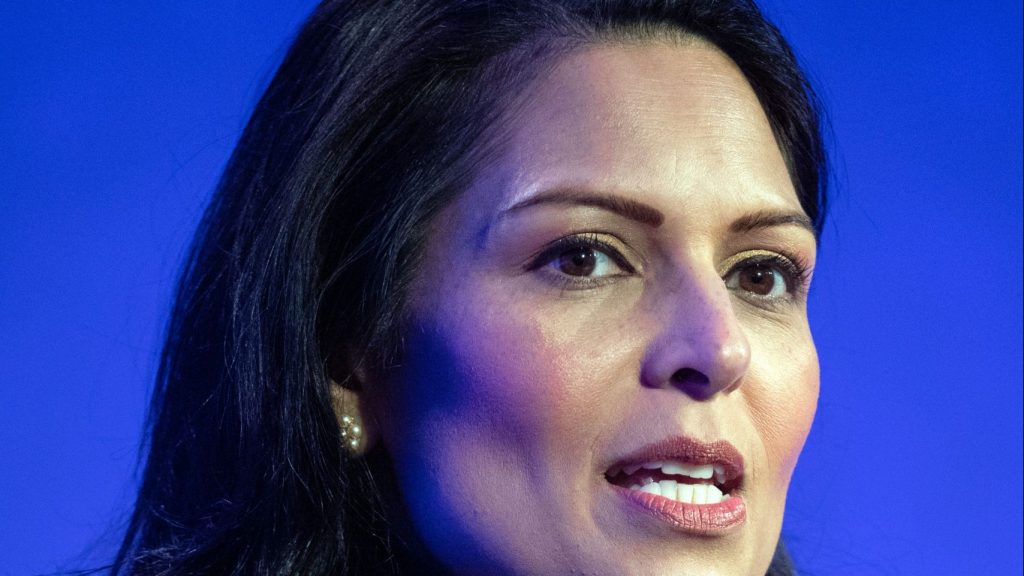 A senior trade unionist has been suspended by Labour following a tweet about home secretary Priti Patel.

Unite’s assistant general secretary Howard Beckett – who is standing for the leadership of the major union tweeted:

“Priti Patel should be deported, not refugees. She can go along with anyone else who supports institutional racism.

Beckett made the remarks following protests in Glasgow over the detention of two men by Border Force officials.

Beckett deleted his tweet and apologised for the wording:

He later said: “Priti Patel message on Eid al Fitr is to deport Muslim refugees. Those who have been forced to flee war zones.

“We are seeing appalling institutional racism again and again from the supposed pillars of the British elite.

“Our society should have no place for racism, at all.

“I’m very sorry for my earlier tweet. I was angry to see Muslim Refugees being deported on the morning of Eid al Fitr.”

He said his earlier message was “never intended to be literal” and “the wording was wrong” and “offensive”.

“I apologise unreservedly to Priti Patel. No one should be deported.”

While many people recognised the apology was needed, Novara‘s Ash Sarkar highlighted that while there were issues with the tweet, the Labour Party isn’t treating people equally over allegations of racism:

I criticised Howard Beckett at the time, directly and publicly. But Beckett apologised and has been suspended, while others remain in the party who have never shown contrition for egregious examples of racism.

Either the process is the same across the board, or it's factional. https://t.co/EYKzA6magQ pic.twitter.com/zLDs6MHyvA

But people have also been taking to social media to express their support for Beckett. The Canary‘s editor at large, Kerry-Anne Mendoza summed up the situation:

If you’re backing the anti-immigrant Home Secretary, you’re not the anti-racist.@BeckettUnite is an ally and I’m damned if we’re letting this happen again.

Beckett's tweet was:
– rhetorical
– based on Priti Patel's actions, not race#stopthepurge

This is weaponisation of the racism smear for factional purposes. This outrage is artificial and manufactured.#FordeReport

Palestinians being buried and migrants being deported on the daily and the swiftest Labour has moved all year was cuz of "deport Priti Patel". That's all you need to know about why this furore is bullshit & you so called "white allies" are doing the most to substantiate it.

And as Ben Smoke also pointed out:

if nothing else i guess congratulations to the labour party for managing to take one of the most inspiring and incredible moments of community and direct action we've seen in forever and turning it into another pathetic factional war. all very predictable and petty.