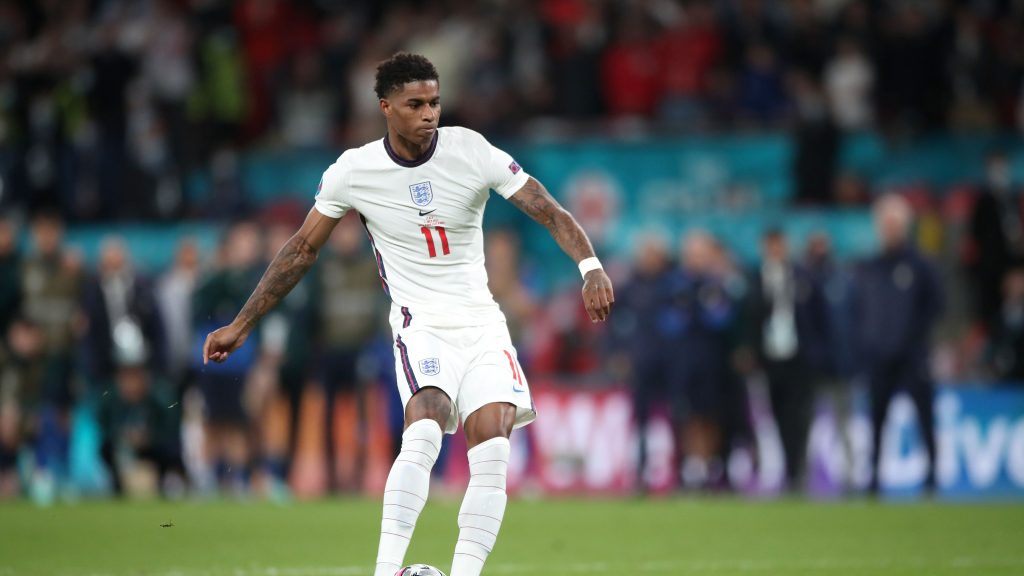 A Tory MP has had to apologise after suggesting that Marcus Rashford should have spent more time “perfecting his game” than “playing politics”.

Natalie Elphicke made the comment in a message to fellow MPs after the footballer missed a penalty in the Euro 2020 final on Sunday night.

His failure to convert from the spot – along with misses from Jadon Sancho and Bukayo Saka – consigned England to another agonising penalty shoot-out defeat in a major tournament as Italy secured victory at Wembley.

Rashford waged a high-profile campaign to persuade the government to provide free meals to vulnerable youngsters throughout the school holidays during the coronavirus pandemic, forcing prime minister Boris Johnson into a U-turn.

They lost – would it be ungenerous to suggest Rashford should have spent more time perfecting his game and less time playing politics.

The Dover MP apologised after the message was reported by GB News.

I applaud the England team who gave their all in Euro 2020.

Last night I shared the frustration and heartbreak of millions of other England fans.

I regret messaging privately a rash reaction about Marcus Rashford’s missed penalty and apologise to him for any suggestion that he is not fully focused on his football.

Onwards to the World Cup and I look forward to Marcus Rashford’s contribution at that time.

Labour deputy leader Angela Rayner said: “While the country was commiserating (with) our great team, Tory MPs were sneering at the inspirational players who stepped up to feed hungry kids when they voted to leave them without food.

Whether it’s their failure to support the vulnerable, or booing our boys after they have done our whole country proud, the Nasty Party is back.

The question every Conservative MP needs to answer is – did they call out these appalling comments?

And after his failure to support our players in their stance against racism, Boris Johnson must publicly condemn these disgraceful messages.

Whose side is he on, the lion hearts on the pitch or the Tory MPs who attack them?