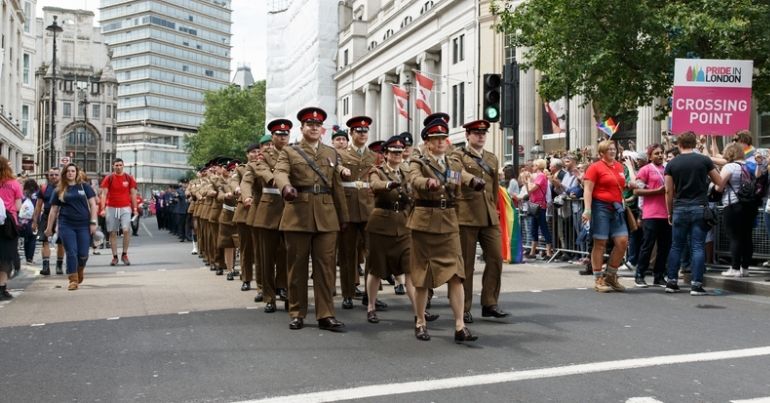 Commanding officers in the military will no longer be able to decide on serious crimes like rape if an amendment in the House Lords is approved by parliament. It comes as peers voted 210-190 to accept an amendment to the Armed Forces Bill. If approved, it’ll mean serious crimes will only be tried in the civilian system – a big change from the previous rules.

Individuals and organisations have lobbied for the change. Serving women are particularly vulnerable and may be helped by the new rule. For example, women have reported very high rates of sexual harassment and assault in the forces.

Green Party peer Natalie Bennett was among the first to celebrate the news:

Defeat for government on #ArmedForcesBill: 210-190.

On amendment to ensure most serious crimes are generally tried in civilian courts if committed in UK, rather than by court martial.
Explanation from @cmjhqhttps://t.co/SKYZqxyYxl https://t.co/BmK1wuujXP

The Centre for Military Justice (CMJ) lobbied for the amendment. Recently, it laid out in a short explainer what its objections were. It stated:

First of all, and most importantly, how cases of rape, serious sexual assault, domestic abuse and child abuse should be dealt with.

CMJ believe serious offences “should always be dealt with by civilian authorities, not military (‘service’) ones.”

CMJ also said that since the army recruit deaths scandal at Deepcut Barracks a new principle had been set. This meant sudden deaths were a civilian matter. So, they asked, why not extend this to other issues?

If that principle is accepted for those kinds of serious cases, why not rape? Why not child abuse? The investigation of these kinds of offences does not need the investigating officer to have military experience.

On the contrary, from the cases we have dealt with, and from our conversations with people across the forces, the service police are insufficiently prepared and experienced to handle such cases.

It tweeted that this was an important moment for victims of military sexual violence. The bill will now go back to the Commons for further debate:

This is huge news and a great result in the Lords. The Lords has recognised that there is no good reason to keep serious military sexual offences, where they occur in the UK, out of the civilian system. Fantastic result. Now back to the Commons again. https://t.co/QhHUnrOCKl

Sexual abuse and bullying in the military remain an issue. As The Canary reported recently, an instructor at a military training camp was put on trial for punching recruits. Since that report, the corporal in question was found guilty and demoted.

Military justice systems still need a lot of work. However, this seems to be a step toward fairer treatment.