UK-France relations are ‘strong’ says minister, despite all evidence to the contrary - The Canary 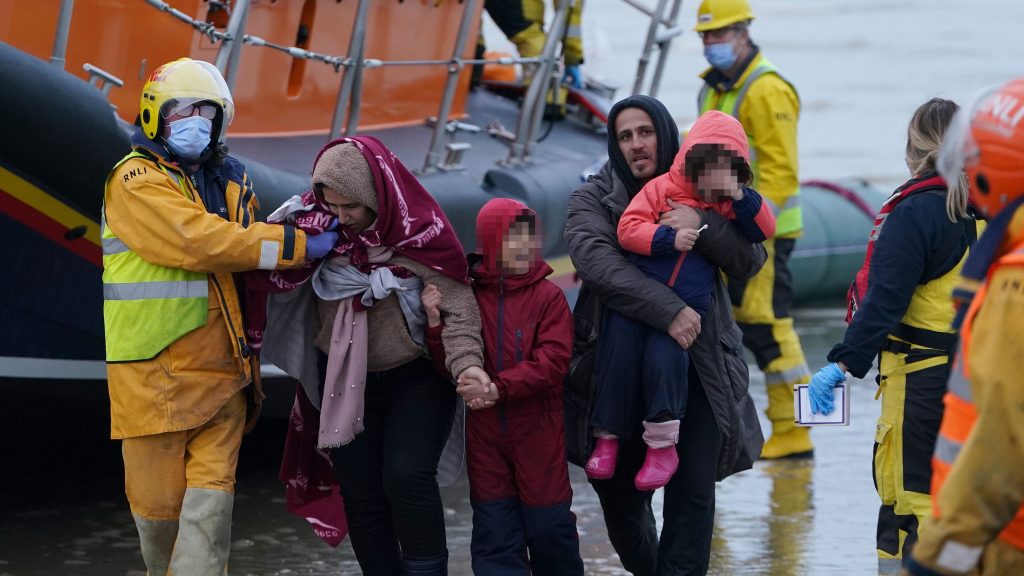 A Home Office minister has insisted that relations between France and the UK are “strong”. That’s despite Boris Johnson and French president Emmanuel Macron clashing over how to deal with refugees crossing the English Channel in small boats as they flee war, poverty, and persecution.

NEW: President Macron responds to @BorisJohnson: “The only answer is a serious cooperation…I am surprised by the methods when they're not serious. We don't communicate from one leader to another on these subjects like this via tweets or by making letters public.” https://t.co/LVIjStxOsU

Damian Hinds, whose brief covers security and borders, defended the prime minister’s letter to the French leader as “exceptionally supportive and collaborative”. It came after Paris was enraged by Johnson making the letter public on Twitter.

A full-scale diplomatic row between the two nations erupted as the first of the 27 victims of a capsizing on 24 November was named as a young Kurdish woman from northern Iraq.

Relatives identified 24-year-old Maryam Nuri Mohamed Amin, known to her family as Baran, as one of the people who died on 24 November. It was the deadliest day of the Channel migration crisis. The student was said to have been trying to join her fiance who already lives in Britain.

Brilliant from Lord Kerr:
“Unless we provide a safe route [resettlement; humanitarian visas] we are complicit with the people-smugglers”

Exactly; that’s the way to break their business model, not by being cruel to the refugees https://t.co/ItM8cxToQo

As families mourned the loss of their loved ones, politicians argued about how to stem perilous Channel crossings. Paris withdrew an invitation to home secretary Priti Patel to attend a meeting of ministers from key European allies in Calais on 28 November.

France was angered by Johnson releasing a letter he sent to Macron setting out his proposals. They included reiterating a call for joint UK-French border patrols along French beaches to stop boats leaving, which Paris has long resisted.

French government spokesperson Gabriel Attal rejected the proposal as “clearly not what we need to solve this problem”. And he said the prime minister’s letter “doesn’t correspond at all” with discussions Johnson and Macron had when they spoke on 24 November.

“We are sick of double-speak,” he added. He said Johnson’s decision to post the letter on his Twitter feed suggested he was “not serious”.

But despite the open derision from French politicians, UK ministers claimed that British-French relations remained intact.

In my opinion – Johnson's letter to Macron last night- and posted on Twitter – was deliberately aimed to be provocative.
He has no conception of how a PM should behave or conduct relationships with other world leaders
His sense of entitlement is now becoming pathological.

Moreover, he insisted “nobody is proposing breaching sovereignty” amid concerns over the request for UK officials to join patrols on French beaches. He added:

The tone of the letter is exceptionally supportive and collaborative, it absolutely acknowledges everything the French government and authorities have been doing, that it’s a shared challenge, but that now, particularly prompted by this awful tragedy, we have to go further, we have to deepen our partnership, we have to broaden what we do, we have to draw up new creative solutions

Hinds acknowledged the challenges of policing the French coastline and added:

There is more that can be done and clearly we can’t just say it’s difficult because it’s hundreds of miles of coastline, we have to do what’s necessary to save human life.

But some have made suggestions as to how the UK can better help “save human life”:

Don’t like refugees? Stop voting for the parties who’s arms sales create them.

At least have the good grace to admit they were refugees. 💔

The UK destabilised the Middle East, armed the Saudis, left hundreds of thousands of refugees in Afghanistan and beyond, and alienated ourselves from the EU.

But sure. It’s France’s fault. pic.twitter.com/5Z9QSwj0le

In a statement reported in French media, the interior ministry said the meeting on 28 November would go ahead with interior minister Gerald Darmanin and his counterparts from Belgium, the Netherlands, Germany, as well as representatives of the European Commission.

Although the meeting with Patel has been cancelled, the No 10 spokesperson said Home Office officials had travelled to France for talks on 26 November with French counterparts as planned.

Amid the diplomatic storm, Krmanj Ezzat Dargali identified his cousin among those who died on 24 November. He posted a tribute to Nuri Mohamed Amin on social media and told Sky News:

The situation is just awful. She was a woman in the prime of her life.

I understand why so many people are leaving for a better life, but this is not the correct path. It’s the route of death.

And he said he hoped the British and French governments would “accept us in a better way”, adding:

Anyone who wants to leave their home and travel to Europe has their own reasons and hopes, so please just help them in a better way and not force them to take this route of death.

Maryam Nuri Mohamed Amin, a 24-year-old Kurdish woman is the first victim to be named from those who drowned in the Channel. She was fleeing northern Iraq, not migrating through choice but seeking safe passage & refuge to survive.

She was engaged & had a future. Say her name.