ME: protesters take to parliament to lobby for more funding to fight disease 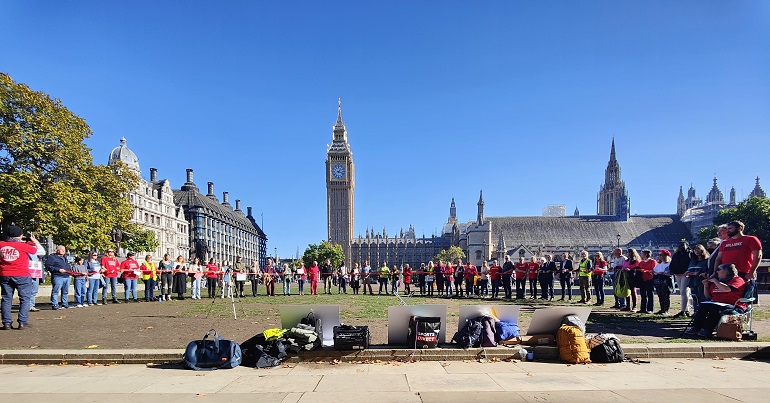 Chronically ill, disabled people have once more taken to protesting. They’re calling for funding for medical research into their disease, known as ME. It’s one that the state, medical professionals, and society have neglected for decades. So, ‘millions of missing people’ came together online and in person to demand change. And they were also asking for support from one specific organisation: the Wellcome Trust.

Myalgic encephalomyelitis (ME) is a debilitating and poorly-treated chronic, systemic neuroimmune disease that affects every aspect of the patient and their loved one’s lives. For many, the worst part is a worsening of symptoms brought on by physical activities, mental activities, or both. This is called post-exertional malaise (PEM). The latest research says it affects at least 65 million people worldwide and around 250,000 people in the UK. However, the numbers could be underestimates. Some research puts the number of undiagnosed cases at 80%. Meanwhile, other studies show a prevalence rate in the population between 0.2% and 3.48%.

Medical professionals generally claim there is no known cure. Some doctors have managed to get patients better. However, only around 6% of people with ME have remission from the disease. The cause of it is often clear – in up to 80% of cases, people get ME following a viral infection. It’s almost as if the virus never leaves them. Some studies have shown that people with ME have a constant, increased immune system response. It’s like the person’s body thinks it’s constantly fighting a virus which isn’t there.

However, funding for this chronic disease has been scant. As the Canary previously reported, between 2007 and 2015, UK funding (including government-based) per patient, per year was just £4.40 – compared to £82.20 for multiple sclerosis. The government itself directly funded a mere £558,333 a year between 2012 and 2017 for ME research. Meanwhile, people with ME are disbelieved, stigmatised, given incorrect treatment, or told it’s ‘all in their heads’. So, one campaign group has once again challenged this chronic underfunding.

Millions still missing after all these years

ME Action UK held its latest ‘Millions Missing’ event on Parliament Square on Tuesday 18 October. The name ‘Millions Missing’ is significant. It references the millions of people living with ME who are effectively missing from life. This year, the focus was on research funding  – when in previous years it had been on raising awareness of the disease. Given that the campaign has severely chronically ill people at its heart, who are often house-or-bedbound, the physical turnout on the day was good

Various guests spoke to the crowd of about 50 people, plus the online audience. Hayley Valentine-Howard is a midwife whose daughter lives with ME. She explained how it affects pregnancy, and its implications on delivery and the postnatal period – including the fact that there is hardly any research into this aspect of the disease. 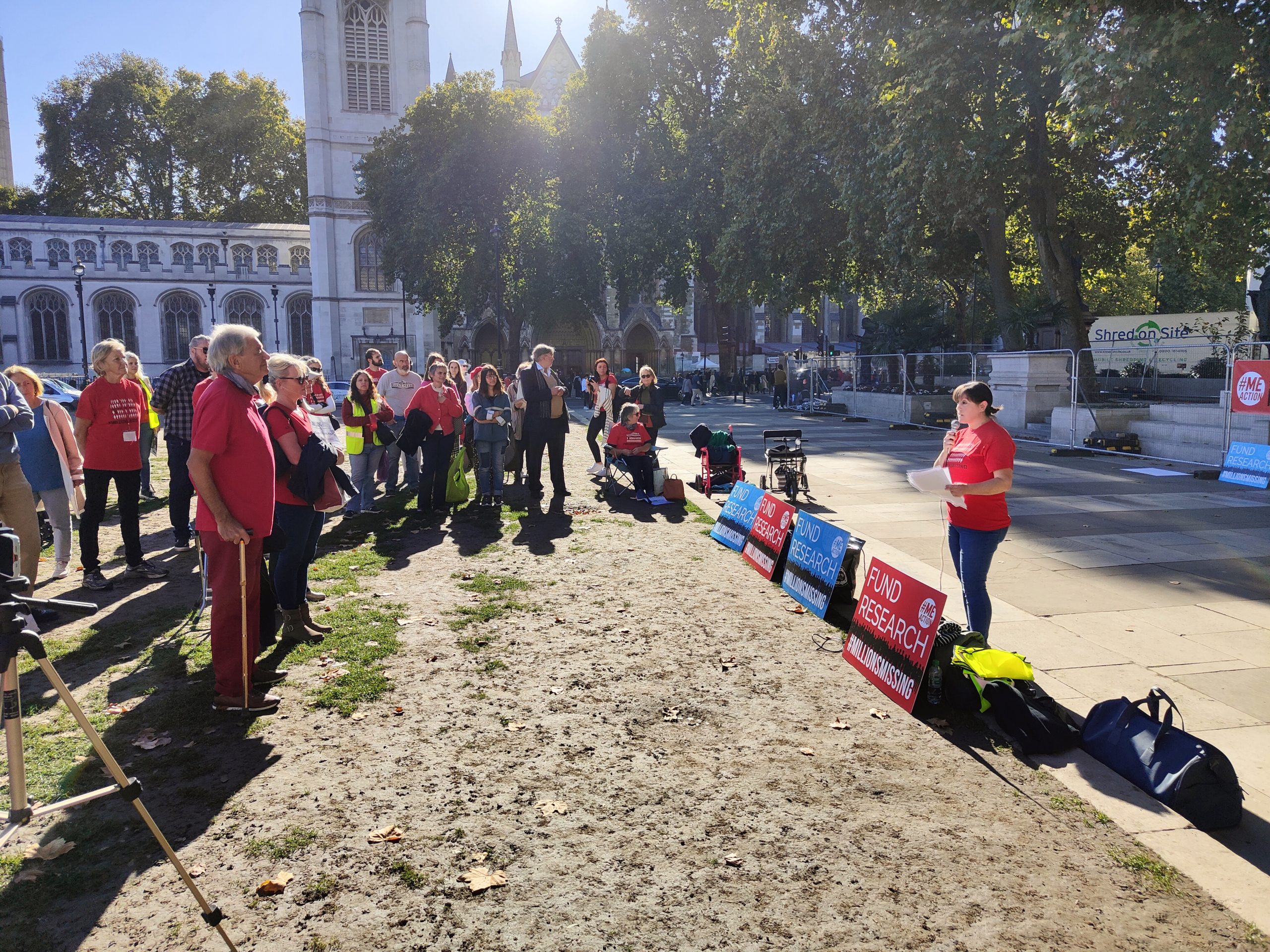 As one protester showed, ME can often affect whole families – hence the importance of genetic research. 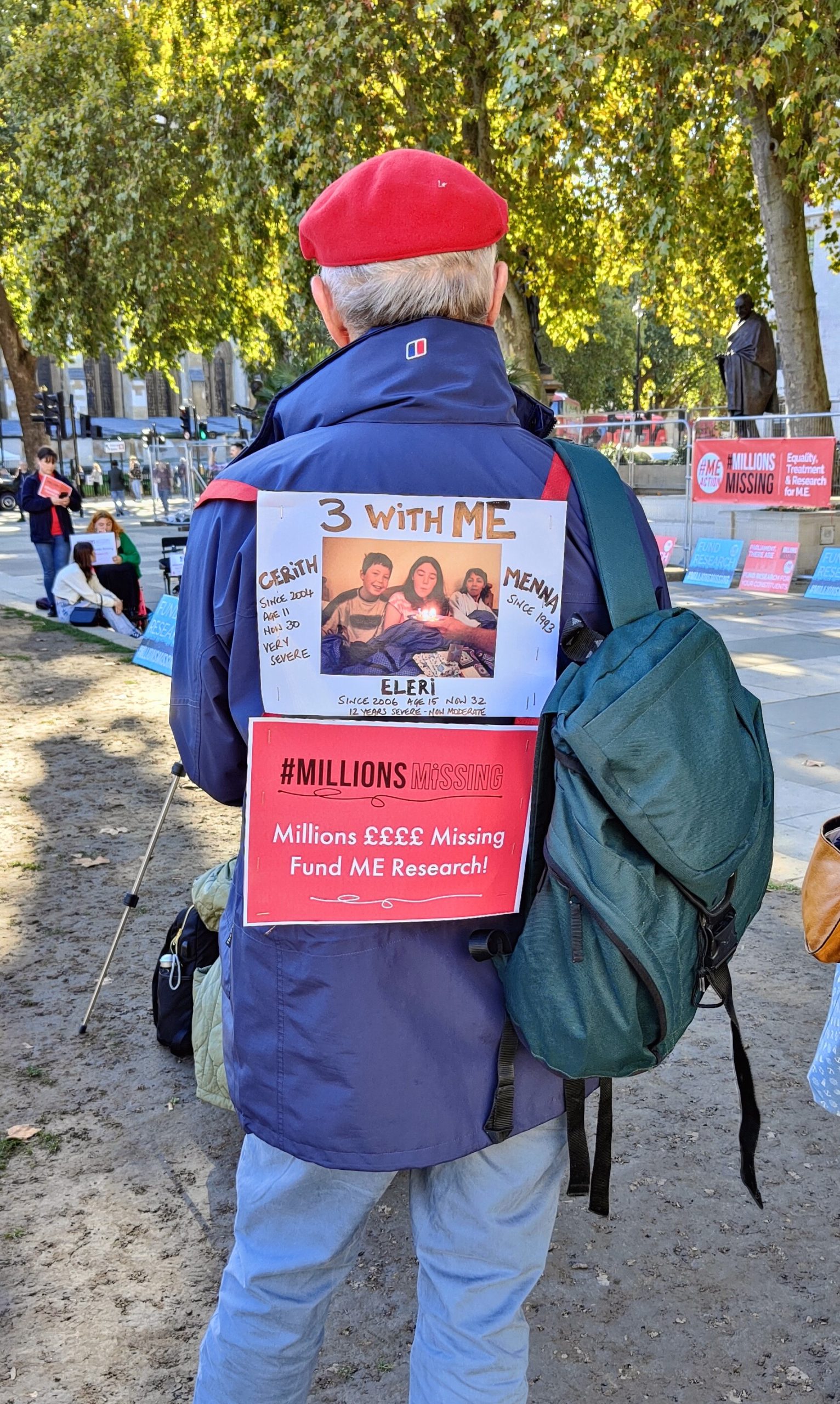 Professor Douglas Kell is an academic from Liverpool University. He spoke about his microclot research and the links between ME and long Covid. Kell said:

If you want to solve scientific and medical problems you need to invest in the necessary scientific and medical research. If adequate research funds had been invested in ME research in previous decades, as people with ME have asked for, we would have been in a much better position to help people with Long Covid. Funders really need to come forward now to help us find the causes of the various flavours of ME and consequently effective treatments for them.

People at one point formed a red ribbon arc that linked everyone at the protest: 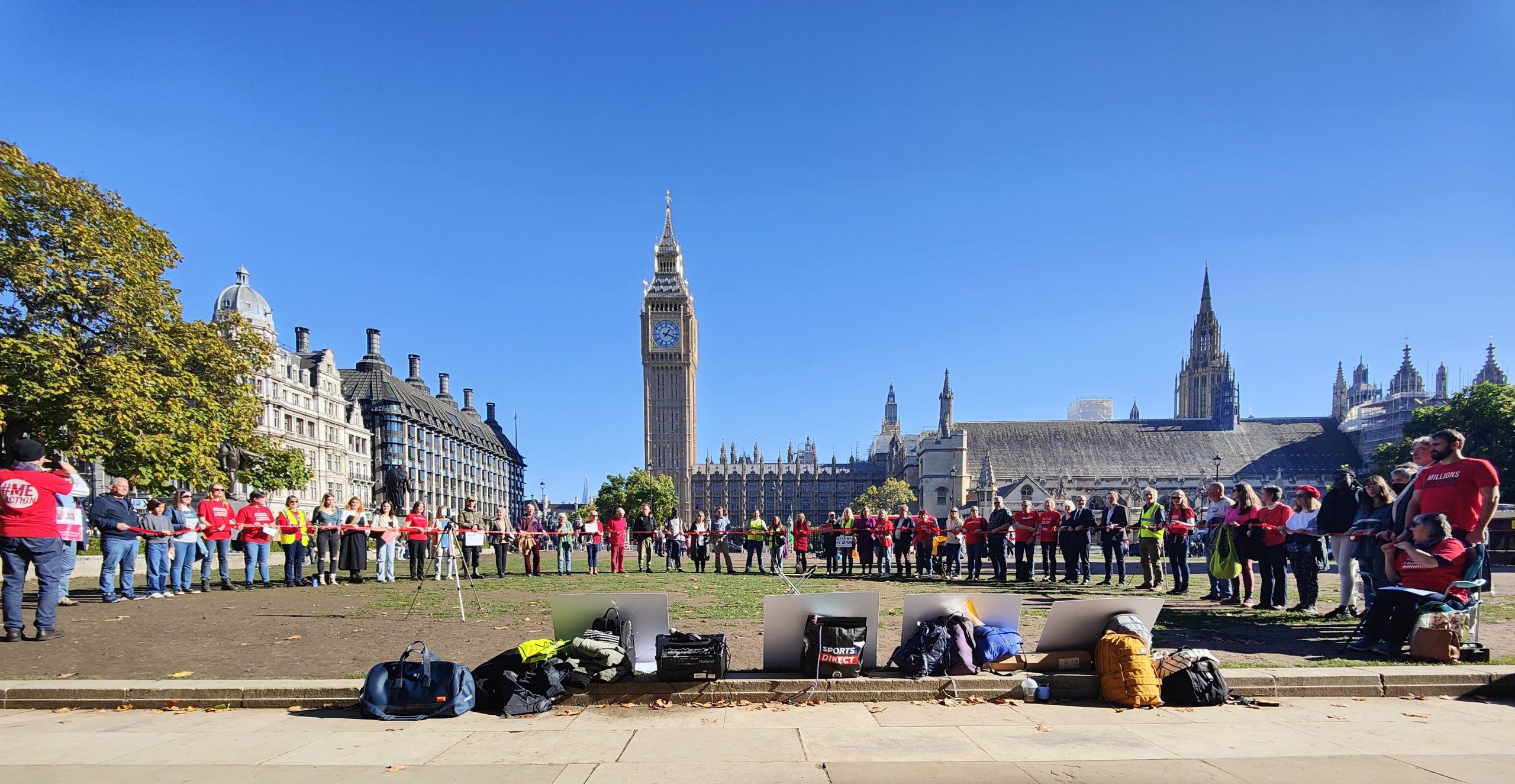 The point of this was to show that the ME community is connected and as one, despite geographical restrictions and so many members of it being house or bedbound. However, it needs far more support from those outside it.

Wellcome Trust: people with ME need you

Overall, the day was crucially centred around funding. Denise Spreag of ME Action said:

We are asking all our supporters, people with ME and people with other complex chronic conditions to start this campaign by lobbying the Wellcome Trust, the biggest funder of medical research in the UK, to commit significant funding to ME. The Wellcome Trust have approximately £29 billion of funding available.

Decode ME is currently performing a genetic study on ME. It needs 25,000 participants with the disease to take part, and is still looking for people. You can find out the details and apply here. Claire Tripp from Decode ME said:

Doctors can’t tell you much about ME. They can’t tell you why you have it, why you can’t get better or even if you’ll ever recover. Without more research into ME we’ll never have the answers we need.

The Canary asked the Wellcome Trust for comment. We specifically wanted to know if it would consider meeting with ME Action to discuss funding, whether it would consider funding ME research, and how such money could be made available. It had not responded at the time of publication.

The real-world impact of ME

The real-world impact of ME is perhaps the most heart-rending reason why so much more funding is needed. Maeve Boothby-O’Neill died of ME in 2021, aged just 27. There is currently an inquest into her death after alleged failings by medical professionals. Her mother, Sarah Boothby, spoke at the Millions Missing event. She said:

Boothby said that as a movement and individually, people with ME:

For decades we’ve been asking for change. And why has it not come about?

She continued, talking about Maeve:

She was my only child. [Doctors said] there was nothing wrong with her – she was ‘too healthy to be treated’… I can see she’s dying. She knows she’s dying. How can that be? I want the medical establishment to answer that question.

The protest was a quiet and lowkey affair, contrasted by a Just Stop Oil roadblock that was going on at the same time. But it’s results that matter – if ME Action can engage with the Wellcome Trust, and hopefully secure funding, then perhaps answers will eventually come for the millions of missing people and their loved ones before it’s too late for anyone else.

Watch the full livestream of the UK Millions Missing event:

Featured images and additional images via the Canary