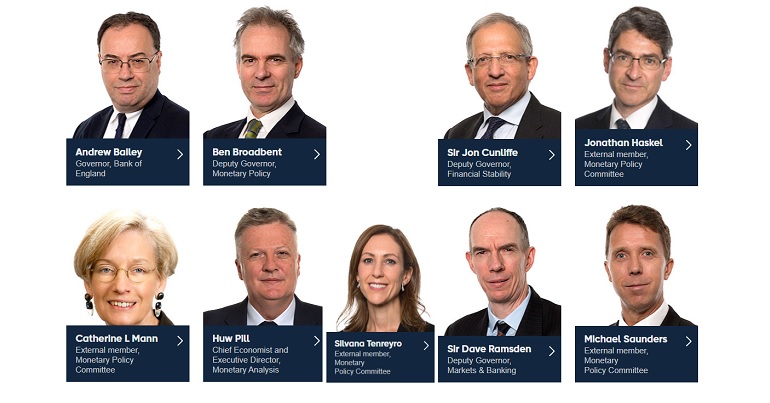 The Bank of England’s (BoE’s) latest policy will “create mass homelessness”, according to one financial professional. This comes as the central bank has said it’s going to start selling off government debt – a round-about way of trying to control our out-of-control inflation rate. However, in the process the BoE could plunge countless people into destitution.

The UK is in the midst of economic carnage. Inflation (how much the cost of everything goes up by) is currently 10.1% September figures). The BoE says it will hit 11% this month. It has also raised interest rates to 2.25% – meaning the cost of borrowing money is even higher. Add in post-Brexit financial chaos, the coronavirus pandemic, and 12 years of wilful Tory mismanagement of the economy and the end result is that the rest of us are suffering. So, what does the BoE (supposedly tasked with stopping this kind of thing happening) do? According to one accounting professor, it makes the situation even worse.

The BoE had already fucked things up earlier in October. As the Canary‘s Maryam Jameela reported, Liz Truss and then-chancellor Kwasi Kwarteng’s fiscal kamikaze mini-budget caused financial chaos. The BoE stepped in to save near-collapsing pensions funds – albeit briefly. No sooner had it intervened than its boss Andrew Bailey came out and basically said ‘you’re on your own now – we’re not doing anymore’. The pound immediately collapsed; slow applause for Bailey. And now, he and his Saville Row-suited cronies look set to make things worse, again.

The BoE has said it will start to flog gilts. These are essentially ‘IOUs’ it gives to the government. The government asks for some cash, the BoE writes an IOU (gilt), and the government might pay it back decades later. However, the BoE can also sell the IOU on to someone else – so the government will end up paying them. This is what it’s about to start doing, under the guise of the tired capitalist theory that doing this will sort the economy out.

Our central bank said in a statement that:

Translated, this means that the BoE is selling the IOUs to try and push up interest rates – specifically its own base rate, which then affects the ones that we all pay. The idea is that low gilt prices = high interest rates. So, flooding the market with more gilts should bring the price of them down further and push up interest rates. This in turn is supposed to bring down inflation, because you and I won’t be able to spend so much of our already meagre incomes. But as the Canary previously wrote, the other effect of this is a recession – which we are now essentially in. This could be catastrophic for countless people.

Accounting professor Richard Murphy has called it. He tweeted on Tuesday 18 October that the BoE gilt sell-off will:

force interest rates up as fast as possible. Let’s be blunt about this: if you have a mortgage the Bank is trying to break your finances… There is nothing in the Bank of England’s mandate that says it should deliberately create mass homelessness, but that is very clearly what it is intent on doing. They are keeping Trussonomics on the agenda, even if she has failed… By trying to force up the cost of government borrowing the Bank of England is also trying to reinforce the austerity policy the government so clearly wants.

Higher interest rates plus people already missing mortgage payments will probably equal a wave of repossessions soon. Earlier in the year, Capital Economics forecast that 12,000 people would lose their homes if interest rates went up to 0.5%. By 4 October, it said that:

This is a huge increase, and it’s plain to see will impact some people in a devastating way. Of course, the Tories could step in and whip the BoE into line.

Or, they could stop with this corporate capitalist mantra and nationalise the energy companies, provide more coronavirus-style support for households, tax the rich, and stop spending money on BS like HS2. As the gilt situation has shown, the government can get money when it wants from the BoE’s IOUs. It just chooses not to. Instead, it and the bank would rather see countless people homeless and millions of us destitute. Once again, they’re all in this together – just without the rest of us.

Featured image via the Bank of England -screengrab