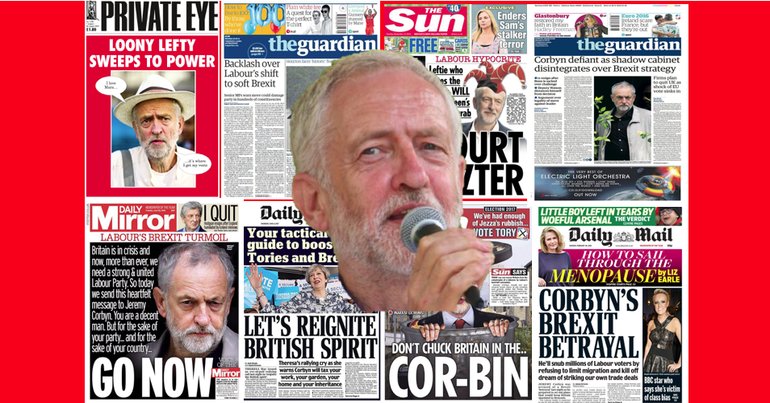 A barrister has taken to social media to debunk one of the biggest smears against Labour leader Jeremy Corbyn. Namely, that he is somehow chiefly responsible for Brexit.

The thread was a culmination of spending ages arguing with some of the #fbpe [Follow Back, Pro EU] tweeps who seemed to have bought in to all kinds of myths and lies, so I decided to do a mega-thread to look at the historic position, where we are now, and the best way forward for the country as a whole rather than just focusing on the Remain/Leave divide.

You can see her full thread here, and a summary of her arguments below.

If at first you don’t succeed

The plot to oust Corbyn began almost as soon as he became Labour leader in September 2015. The Labour right planned to use an expected loss in the December 2015 Oldham West and Royton by-election as pretext for a coup. Instead, Labour won a thumping majority. This was the headline in the Manchester Evening News:

Nevertheless, one moderate MP grudgingly admits: “Corbyn passed his first test. This has shown he is not 100pc toxic.”

Talk of an imminent coup has receded. The knives are back in the drawer.

The next chance came at the local elections in May 2016. From the shadows, the coup briefers were even out telling people who would be Labour leader once they ousted Corbyn. 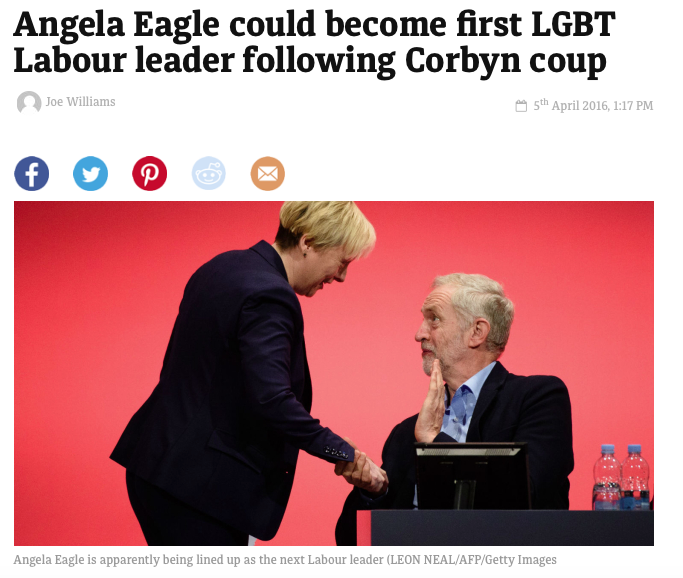 But once again, Corbyn defied expectations. Despite months of bad press and negative briefings from influential Labour-right MPs, Labour picked up key seats it was expected to lose.

The coup was just waiting for a trigger. But each time the intended trigger was due, it evaporated like scotch mist. And then came the EU referendum.

This was the smear devised by the Labour right, and seized upon by the Conservatives and their press. And they repeat it in impassioned tones incessantly, despite it being so easily debunked.

First, the obvious: Jeremy Corbyn was not responsible for the EU referendum. It was a Conservative policy designed by former prime minister David Cameron. He made the move to placate the hard right of the party and prevent Boris Johnson from making a leadership challenge. And it blew up in his face, and ours.

Second, the campaign: the official leader of Labour’s Remain campaign was former home secretary and chief Corbyn critic Alan Johnson. But analysis of EU referendum media coverage by King’s College, London found the press consistently gave more coverage to pro-Brexit figures. It also showed that, despite this, Corbyn was out on the campaign trail, while Johnson was nowhere to be seen. 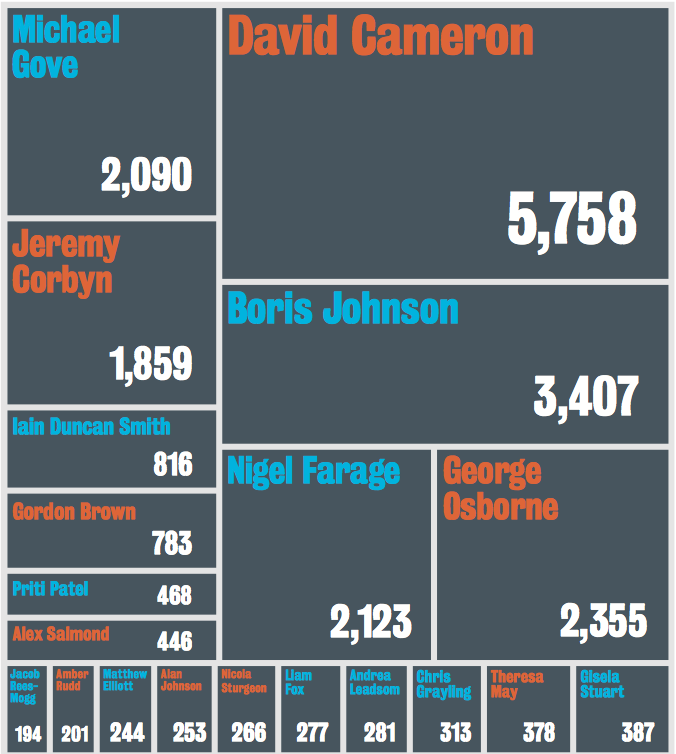 And from the same source, where is Alan Johnson? 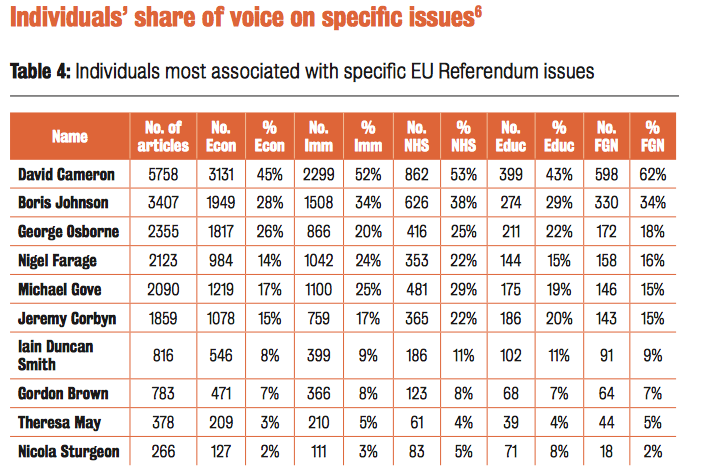 Even Angela Eagle, the would-be leader of the ‘Chicken Coup‘ later that summer, was saying this to The Guardian at the time:

Jeremy [Corbyn] is up and down the country, pursuing an itinerary that would make a 25-year-old tired, he has not stopped. We are doing our best, but if we are not reported, it is very difficult. This whole thing is about Tory big beasts having a battle like rutting stags, but it’s far more important, this vote, than any of that.

Originally, Labour figures blamed Alan Johnson for a poorly run campaign; he made just 14 media appearances in the campaign period, compared to hundreds by others. But Johnson shifted the blame to Corbyn, and the Labour right dutifully followed. So the media parroted their line without challenge.

The new line was that Corbyn secretly wanted Brexit, voted Brexit, and wanted to invoke Article 50 (the 2-year Brexit countdown) immediately to avoid a Remain counter-attack. This entire theory was based on the repeated showing of a short clip from a much broader interview. It is worth re-watching to see just how far removed that clip was from Corbyn’s original meaning. But that was the point; a pretext was needed to galvanise devastated Remainers against the Labour leader. Remain would be the rallying cry of the Labour right, and the left of the party would be dismissed as Brexiteers.

But hang on. Corbyn succeeded in convincing an overwhelming majority of Labour voters to support Remain. In fact, there was only a 1% difference between Labour’s support for Remain and that of the SNP. And this was considered a majority worth a second independence referendum in Scotland. So why is it considered a failure for Corbyn? 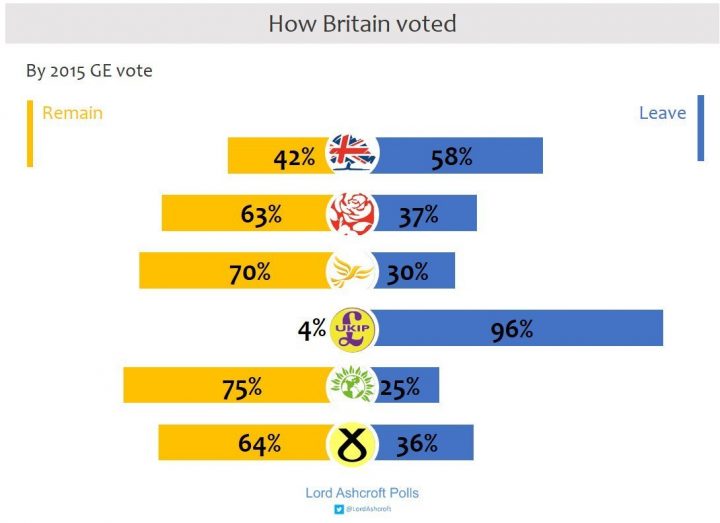 Nevertheless, the Labour right launched the ‘Chicken Coup‘ the very next day. They hoped to oust Corbyn as leader and install one of their own.

And once again, the Labour right lost. Corbyn won his second leadership contest with a bigger majority than the first. So they ramped up the smear again ahead of the 2017 general election. They hoped that, come the expected ‘historic‘ Labour defeat, Corbyn would quit, taking Momentum and the left with him.

Instead, Labour won the biggest swing in vote share since the 1940s. Worse (for the media and Labour right), Labour increased its support in Remain areas, and UKIPpers turned to the Tories to deliver Hard Brexit.

But still the smear continues. Any time Corbyn attempts to reach out to the 52% of EU referendum voters that opted for Brexit, he is hammered in the press by the right of the party. As Jane points out:

How do you reconcile the two, though? Remain and Leave, as the Tories knew very well, was a stark dividing line, one which, no matter what the outcome of the referendum, would throw the country into disarray and acrimony. Nothing the Tories love more than “divide and rule”.

Therein lies the rub. By being sucked into the smear, we let ourselves be divided and weakened. This division allows the Hard Brexiteers to push on, while their opponents are wrapped up in a lose-lose battle to the death over who is the most ardent Remainer. As Jane concludes:

Imagine for a moment we stop. Take a breather. Take a look around. Open our eyes to what is going on. Imagine for a moment that Remainers and Leavers who don’t want a Hard Brexit join together to fight the people who have done this to us, created this division.

Imagine if we joined together, many in body but one in mind, to rid ourselves of the most draconian, authoritarian, reckless, corrupt government in my lifetime, then worried about whether Brexit happened or how it would happen afterward, once the psychopaths had been ousted?