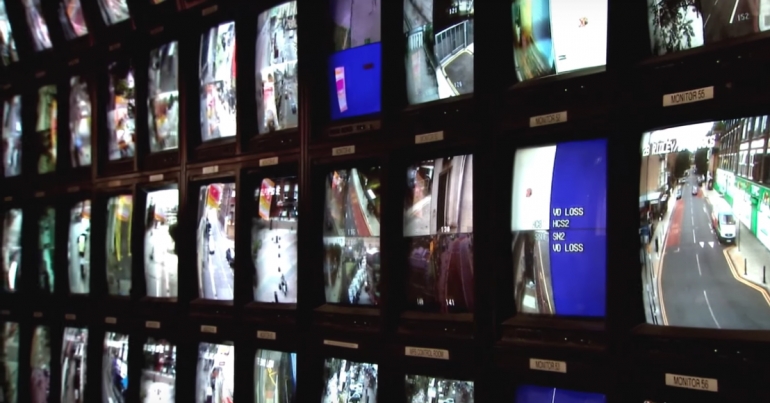 South Wales Police have been using facial recognition technology to crack down on crime. But the use of this technology at an arms trade protest in Cardiff sparked controversy for possibly violating people’s privacy. In London, the Metropolitan (Met) Police also use these cameras. A civil liberties group is now threatening to take them to court if they don’t stop doing so.

The civil liberties group has highlighted the technology is “disastrously inaccurate”, with correct matches only made 2% of the time. Photos of innocent people are then stored on police databases for one to 12 months.

Surveillance on the rise

A tweet shows how the Met has been trialling these cameras at Westfield Stratford City shopping centre in London.

I saw this today in front of Westfield in Stratford. I spoke to an officer and asked what they were doing there and she gave me this said they are trailling facial recognition software. I asked if the people going through the detectors had a choice /1 pic.twitter.com/iu2IljfBY9

Over the next five months, the Met will be increasing its use of facial recognition cameras. In addition, the Home Office has given South Wales Police £2.6m to use the technology. Cardiff resident Ed Bridges, along with campaigning group Liberty, is crowdfunding to take legal action against South Wales Police over the issue. Bridges said:

This dystopian style of policing has no place in Cardiff or anywhere else and I am delighted this legal challenge will go ahead. Without warning the police have used this invasive technology on peaceful protesters and thousands of people going about their daily business, providing no explanation of how it works and no opportunity for us to consent.

The police’s indiscriminate use of facial recognition technology on our streets makes our privacy rights worthless and will force us all to alter our behaviour – it needs to be challenged and it needs to stop.

The government’s push for even more mass surveillance is worrying. Even if the aim of the technology is to catch more criminals, these cameras could also have a chilling effect on peaceful protest. Worst of all, though, these cameras risk undermining all of our privacy.

– Read The Canary‘s previous article about surveillance technology in China.