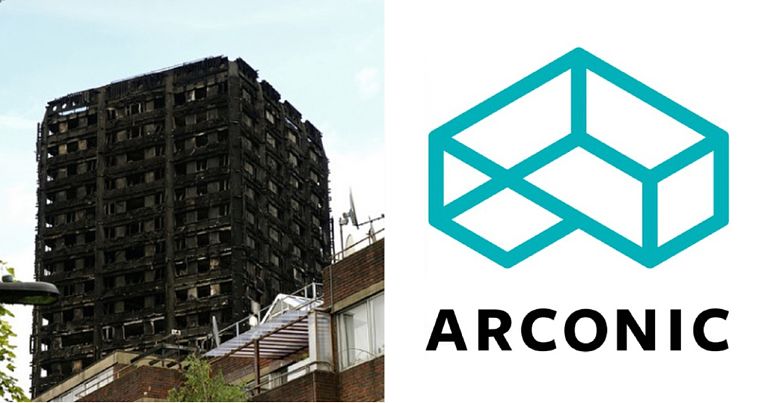 14 December marks the 18-month anniversary of the Grenfell Tower tragedy which killed 72 people. The public inquiry is ongoing. But one company that manufactured the cladding – widely thought to have contributed to the rapid spread of the fire – also has links to arms manufacturers BAE Systems and Lockheed Martin.

On 12 December, Arconic is due to give its closing statement to the Grenfell inquiry. It provided “almost 7,000 sq metres” of the cladding used in the Grenfell refurbishment. As the Guardian reported, Arconic claimed these panels were “at most, a contributing factor” in the spread of the fire. But this contradicts evidence from fire safety experts:

Yet this isn’t the company’s only link to death and destruction.

Campaign Against Arms Trade (CAAT) notes that Lockheed Martin is the largest arms manufacturer in the world. Israel is the first country to use the F-35 in combat, CAAT reported:

Air force chiefs presented image of the jets over Beirut, Lebanon, saying that they had “already attacked twice on two different fronts.” Israel has received nine of the 50 F-35s it has so far ordered, but could buy up to 75.

BAE’s warplanes are playing a central role in Saudi Arabia’s attacks in Yemen. Its armoured vehicles were used by Saudi Arabia in Bahrain to support the repression of democracy protests in 2011.

On 9 August, a Saudi-led coalition bomb, supplied by Lockheed Martin, hit a school bus in Yemen, killing 40 children and 11 adults. This was one tragedy in a brutal war that is, according to the UN, the ‘worst humanitarian crisis’ in the world.

As rapper and activist Lowkey pointed out, we can’t ignore these links:

The grotesque, sadistic pyschopaths at @LockheedMartin even made a twitter for killing machine @thef35

In 2018, US-based Arconic reported revenue of $3.6bn. Elliott Management Corp, “the activist hedge fund” and largest shareholder behind Arconic, is currently trying to buy out the company. Reportedly this is to limit a drop in share price linked to potential liability ahead of the Grenfell inquiry findings. But until our government ends all arms sales and companies like this cease to trade, we need to know just how they profit. Because there’s no question: Arconic’s profit is drenched blood.

Featured images via ChiralJon/Flickr and Wikimedia