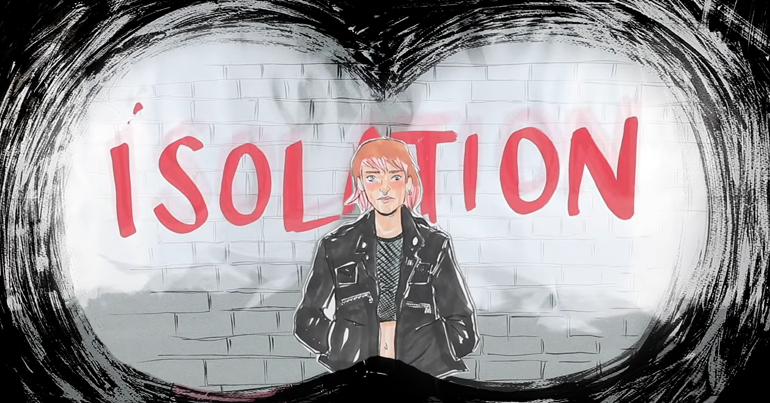 Remembering 17 December as an International Day to End Violence Against Sex Workers, a video has been released that shows the distressing problems faced by sex workers across Britain; not just from clients but also from the state.

The Sex Worker Advocacy and Resistance Movement (SWARM) is a UK collective that advocates for “the rights of everyone who sells sexual services”. It aims to achieve goals that will improve the working and personal lives of people involved with sex work. These include full decriminalisation and the amplification of sex workers’ voices. It also promotes solidarity and wide-ranging rights for communities often involved with sex work, including immigrants and transgender people.

The International Day to End Violence Against Sex Workers began in the US in 2003 as a response to women murdered by Gary Ridgway, the ‘Green River killer’. But sex work is global, and SWARM is taking strides in raising awareness about the UK industry. And its latest video, To Survive; To Live, airs the hopes and horrors faced by five women in the industry.

Common themes run through all five experiences, such as what led these women to sex work in the first place. One, ‘Gia’, said she “ended up doing it out of desperation” at the age of 14 due to a drug addiction. Meanwhile, ‘Cora’ also felt “kinda forced to do it” as a single mum without practical support and unable to get benefits. This lack of choice runs throughout all five stories, though each begins from a very different place.

One of the most significant issues raised in the video are laws that force sex workers to work in isolation. While selling sex itself is legal in Britain, adjacent activities such as advertising and loitering are not.

Talking about problems caused by laws that prevent sex workers from gathering on the street, Gia said:

I always worked on my own. There was definitely no way we were ever gonna stand together and… be a sort of unified presence on those roads, cos it would’ve been so obvious; and if a cop drove past and saw that, there was no way we would be allowed to just stand there all together, quite clearly soliciting. So no, we worked really in isolation and very individually.

Meanwhile, ‘Florence’ spoke of how much safer she could feel if there weren’t laws against brothels:

You feel, like, so alone. And when you’re not alone, you wouldn’t feel scared to step up. I would just, like, press my panic button if it was gonna be, like, five of us. Five people against one man!

And Jessica commented on the danger posed by government proposals to ban online sex work advertisements:

If they take away my online platforms, I don’t know how I will find a safe way to advertise. If I can’t use my apps that say a call is coming in from someone who’s been reported then what am I going to do?

The five women also talk about the necessity and importance of sex work in their lives, especially in a society where survival for yourself and your family means earning money.

Cora summed this up by saying:

It’s worth noting that analysis has shown 86% of the burden of austerity has reportedly fallen onto women.

These voices shine a spotlight on the dangers of sex work, which come not only from people buying sex but from the state’s attitude towards sex work as well. After kerb-crawling was made illegal in Scotland in 2007, for example, reported attacks on sex workers nearly doubled. National Ugly Mugs, which works for protection and justice for sex workers, said in 2017 that only two in ten sex workers are willing to engage with the police.

As a result, SWARM says:

Criminalisation of our work and our bodies only makes life more precarious, more stigmatised and more dangerous.

SWARM points to a recent review of data from 33 countries that shows the impact of repressive laws. Where sex work is criminalised, sex workers are three times more likely to face sexual and physical violence. The collective also highlights Amnesty International’s calls to decriminalise sex work. But most importantly, it says the best tool for ending the stigma against sex workers is to listen.