A coalition of extremist Brexit groups is emerging from out of the shadows. Be warned. - The Canary 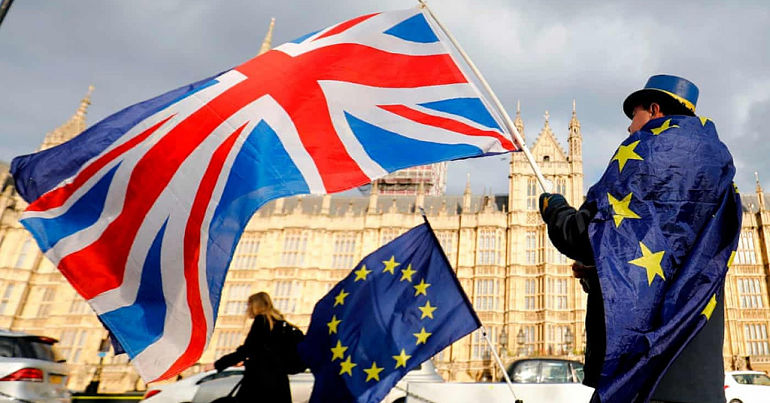 An assortment of extreme Brexit organisations is re-emerging. Their aim? To promote a hard Brexit or ‘no deal’ situation. Some are relatively new; others have direct links to old-style Leave campaigners and their dubious technologies.

Better Brexit, which includes a testimonial by arch-Brexiteer Jacob Rees-Mogg MP, is a campaign organisation that:

actively promotes the UK’s withdrawal from the EU on a Canada + trade agreement or WTO [World Trade Organization] terms.

Prior to the Commons vote on Theresa May’s Brexit deal, one CNN reporter spotted this:

Quite a few Facebook ads against Theresa May's Brexit deal running from pages with very little information about who is behind them. https://t.co/sWRkUAmbZa cc. @carolecadwalla pic.twitter.com/bDxFzX1jUK

The Better Brexit’s data controller is listed as Voter Consultancy Ltd and “all processing is carried out by consent, under the legitimate interest of Kanto Systems”.

Borwick himself admitted to having worked with the controversial Canadian data firm Aggregate IQ. AIQ created Ripon, Cambridge Analytica's campaign software platform. Facebook suspended AIQ from using its platform due to it's ffiliation with SCL, owners of Cambridge Analytica

According to an OpenDemocracy investigation Borwick possesses the electoral roll from more than 200 local authorities across Britain – names, addresses and other details for every registered voter. Borwick also owns Kanto, which developed an election app used by Cambridge Analytica. Kanto had an agreement to provide software to SCL Elections, the parent of Cambridge Analytica. In October 2017, Borwick founded Disruptive (Communications Ltd) with former Tory and UKIP MP Douglas Carswell.

Meanwhile, several other key pro-Brexit players are at large.

We are Britain’s Future. We are dedicated to making a positive, optimistic case for Brexit. A Brexit with a truly global outlook. We believe leaving the European Union represents a historic opportunity for our country. We must seize it.

BF publishes a range of stories that largely promote a hard Brexit or a no-deal situation and which are grouped under the headings: Trade, Innovation, Regulations and Relationships. BF rejects Theresa May’s deal, arguing instead for free trade under WTO rules and non-payment of the £39bn ‘divorce settlement’. Altogether, it offers 40 reasons not to back the deal. However, it admits that to achieve all 40 objectives requires further negotiation with the EU.

BF is edited by Tim Dawson, who has “written for The Telegraph, The Spectator and The I-Paper”. But apart from its writers, it provides no information as to who else is behind the group. Yet for a relatively unknown website, it boasts 4.7m viewings over three months.

Here are some of their ads targeting “constituents of target Labour MPs”, as listed by Observer journalist Carole Cadwalladr:

BF4EU (Brexit Facts4EU) has been around since before the 2016 EU referendum, but has only recently come to attention. Its main resource is Brexit Index, which it claims “delivers the most definitive source of easily findable facts on all aspects of Brexit”. BF4EU also possesses a ‘Brexit Battle Pack and Toolbox’, which provides a collection of resources to target MPs and the media. The pack/toolbox describes Tory MP Anna Soubry as an ‘extremist’ (presumably because she supports a People’s Vote) and advocates that Tory Remainer Amber Rudd should resign her seat as MP. The bulk of the pack/toolbox contains advice and information on how to contact MPs and the media.

BF4EU is endorsed by a number of groups that promote a hard Brexit or No Deal. These include:

Allegedly, BF4EU is endorsed by Matthew Elliott, who joined with Paul Staines (aka ‘Guido Fawkes’) and others to develop a UK voter database. Elliott subsequently went on to head up Vote Leave and Brexit Central:

So, yet another Brexit scam site – apparently endorsed by among others, the usual Matthew Elliott/Vote Leave offshoots, the Tory neo-con The Bruges Group and the murky Global Britain. Advice offered on "Targeting the media" and "vulnerable MPs" – seems to come at a price….. pic.twitter.com/jcx4EsRrXr

These new-wave pro-Brexit groups are, of course, complemented by the more well-known organisations, such as UKIP. Nor must we forget that old stalwart Leave.EU financier Arron Banks, who is also under investigation by multiple agencies:

Arron Banks back with his targeted Facebook ads, this one going after @AmberRuddHR in Hastings @carolecadwalla pic.twitter.com/qf04Gzj2rx

The febrile debate by parliamentarians that is a consequence of gross government ineptitude will inevitably be complemented by hard-fought campaigns on all sides of the Brexit divide. But the tactics will likely differ from those adopted by the original Leave campaigns, given that both Leave.EU and Vote Leave were found to have acted illegally.

Nevertheless, this is still largely a battle between the right and progressives. And the gloves are well and truly off.