Forget Brexit. MP Laura Pidcock nails what ‘we should really be angry about’, in just one tweet. - Canary 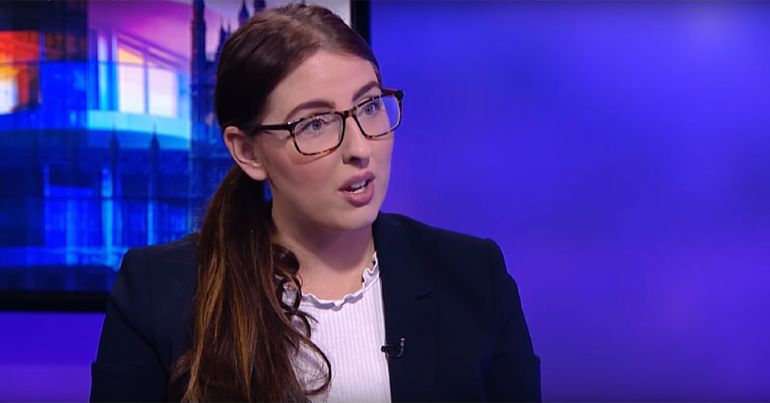 Brexit’s everywhere. You can’t escape it. It’s apparently the be-all and end-all right now – the only issue that matters. But that’s wrong. And with just one tweet, Labour MP Laura Pidcock put the focus back where it belongs.

What ‘we should really be angry about’

Picking up on big news on 21 January, Pidcock said:

World's 26 richest people own as much as poorest 50%. Facts that are hard to believe, but the impacts across the globe are real. These aren't earnings, this is just accumulated wealth. And we should be angry about it. Capitalism fails all but the very few. https://t.co/NxES3SJpKQ

Capitalism is how the world works today. Its supporters say that everything will be fine as long as things are in private hands. So we shouldn’t own things collectively.

The most extreme form of capitalism – neoliberalism (i.e. austerity, privatising anything public, and giving companies total freedom to do what they want) – has been incredibly destructive. It’s brought misery to ordinary people around the world for decades. And even its main backer has admitted that it’s boosted inequality.

As Pidcock rightly said, “capitalism fails all but the very few”. The ‘very few’ are obscenely rich though. That means they’re obscenely powerful too. So they can keep this highly unequal and exploitative system alive. And why wouldn’t they? For them, it all works perfectly.

Forget Brexit. We need to deal with capitalism.

Labour leader Jeremy Corbyn opposes neoliberalism. He wants the public to own more, and wealthy individuals to have less power. Whether we’re in the EU or not, wealthy elites will try to stop him. So Brexit is not the main issue. The big question is ‘are we OK with capitalism?’ And if not, ‘what are we going to do about it?’

Pidcock’s right. We should be very angry about a tiny group of people getting rich off the backs of ordinary workers. And it looks like many people today have had enough.

A 2016 YouGov poll, for example, showed that “British people are more likely to view socialism favourably than capitalism”. And one right-wing report in 2017 showed that the vast majority of Brits back Corbyn-style public ownership of key services. In fact, even Conservative voters linked capitalism mostly to corruption, greed, and selfishness. Meanwhile, another right-wing poll in 2018 showed that most people thought “ordinary working people” did not “get their fair share of the nation’s wealth”. People also agreed that “there is one law for the rich and one for the poor”.

Why is capitalism so crap, though?

The world’s richest man – Amazon CEO Jeff Bezos – is a good example of why capitalism is so toxic today. Just like other billionaires, he has exploited his way to the top. Through mistreatment and oppression, he’s squeezed obscene wealth out of his workers. And this global system of exploitation is what fills the pockets of today’s super-rich.

That’s also been the capitalist story from the very start. Slavery boosted capitalism to where it is today, as did the theft of natural wealth from Africa and other continents. And the powerful have always increased their power by exploiting the poorest people in society.

In fact, capitalism isn’t much better than what we had in medieval times. In the feudal system, the powerful controlled land by force. They owned everything. Some now argue that things are the same today. And when we look at who owns the world’s land and controls its wealth, it’s hard to disagree.

As Oxford professor Danny Dorling told The Canary in 2017, countries with more equality do “better in almost all spheres of life”. Under capitalism, though, money is god. And equality is a dirty word. Because the system works for the rich and powerful (or those willing to do anything to become rich and powerful); but it doesn’t work for anyone else. So we need to replace it with democratic ownership. We need to make sure that power is in the hands of the many, not the few.

Waiting for the super-rich to give some money away simply isn’t the answer. As Laura Pidcock tweeted in 2017, we should see the state of the world today as a global emergency. Alarm bells should be ringing out. And they should be pushing us to change.

According to @UNICEF, 22,000 children die each day due to poverty. Yet 0.7% of world’s pop controls 46% of global wealth -$280tn. Philanthropy is not the answer. Any party that doesn’t see this as an emergency is complicit in the spiralling of this crisis: https://t.co/P3rSDo4z2v

It simply can’t continue. We need a different system, based on increasing equality.

And she’s right. We can’t let this continue. We deserve so much better.

It’s time for a change.