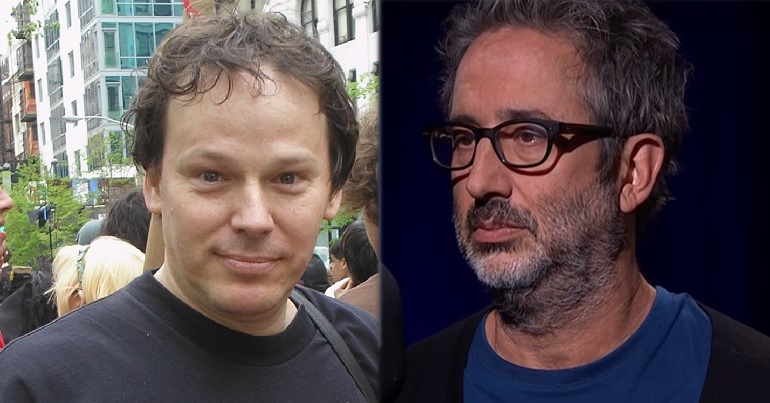 I'll be honest with you. I have no fucking idea what neo-liberalism is.

Many Twitter users insisted it was an ideology Baddiel needed to know about (given the immense damage it’s done to the country and the world), though one thought he actually knew but was just being “facetious”.

But the truth is that many people don’t know what neoliberalism is. And it’s important that they do. So London School of Economics professor David Graeber jumped in with a short and simple summary:

Apparently, though, Baddiel didn’t like people stressing how important it was to know about the toxic ideology that brought us austerity and everything in between. In response, he basically called opponents of neoliberalism “Stalinists”:

I tell you one thing you can rely on Twitter for is meeting a genuinely shitter quality of Stalinist. https://t.co/lPwSMQTCfh

Everyone who knows what neoliberalism is and dislikes it is a Stalinist: a celebrity’s guide to online political discussion pic.twitter.com/4M0Xym6Jg5

As CorpWatch explains, neoliberalism means: cutting public spending (i.e. ‘austerity’); privatising anything still public; freeing companies from regulations; and “eliminating the concept of ‘the public good’ or ‘community’”. It wants citizens to see themselves as competitors rather than allies. Remember Thatcher’s “there’s no such thing as society” comment? Well that sums it up.

Neoliberalism paves the way for the rich to cement their position at the top of the pile. It says the ‘free market’ will help to ensure everyone’s wellbeing. But in reality, it helps the rich while screwing everyone else over.

Journalists and academics have long been warning us about neoliberalism, telling us:

But despite all the damage it’s caused, it’s still not a word everyone knows.

Labour Party member and trade union activist Holly Rigby recently highlighted why people might be discussing ‘neoliberalism’ at the moment. It has everything to do with Brexit, and the current Labour leadership’s very clear opposition to neoliberalism. She argued that the EU today is very much “about neoliberal free trade for the rich and punishing austerity for the poor”, and would try to stop Labour’s most popular policies.

So we desperately need to talk about neoliberalism and cut through the confusion surrounding it. And fortunately, many people responding to Baddiel’s tweet brought some much-needed clarity:

Organising politics & economics to systematically flow the benefits from the bottom to the top. And according to IMF it’s dead. https://t.co/ZjxA79xGXN

"Neoliberalism sees competition as the defining characteristic of human relations. It redefines citizens as consumers, whose democratic choices are best exercised by buying and selling." https://t.co/1U58DTVQzD

In summary:
Free market should not be interfered with by the State.
State should only be involved in defence of the realm and upholding the rule of law and private property rights.
Public service ethos does not exist.
That’s about it. #neoliberalism

2/2: Neo-liberal doctrine in its promotion of market solutions tends to ignore needs underserved by markets – public goods. This has the consequence of undermining our material standard of living, community cohesion & environmental sustainability, all at the same time.

privatization of the world

As Naomi Klein has argued (along with other high-profile figures), neoliberalism “so clearly is fuelling the rise of fascism”, while “left-wing economic populism fights fascism”.

Naomi Klein on Trump, and #Neoliberalism's role in the rise of fascism
Continued – https://t.co/eCTLrrHtSf pic.twitter.com/fHiC9HdgJf

We need to defeat neoliberalism. And to do that, we need to be totally clear about what it is.

So while it probably wasn’t Baddiel’s intention, his tweet sparked an absolutely essential discussion.