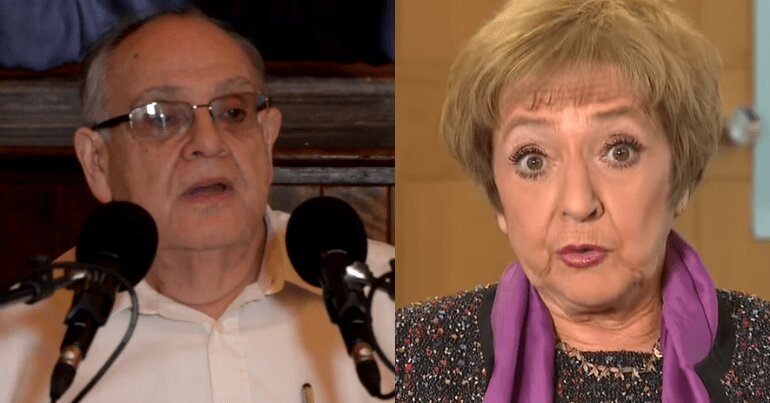 Jewish historian Geoffrey Alderman recalled an anecdote about Jeremy Corbyn on 8 May. Back in 1987, the Labour leader successfully campaigned to stop property developers taking over a Jewish cemetery.

Fighting a Hodge-led council to save a Jewish cemetery

And it turns out that Margaret Hodge, who has smeared Corbyn as an antisemite, was leader of Islington Council at the time. Although Hodge’s personal view is unspecified, under her leadership the council approved “destroying the gravestones and digging-up and reburying the bodies” to build for-profit properties.

Alderman, who’s authored many books on Jewish history, wrote that the 176-year-old cemetery was of “great historic and architectural interest”.

At the time, West London Synagogue had already agreed to sell off its graveyard to the property developers. But Alderman writes that, for orthodox Jewish people, the “deliberate destruction of a cemetery is sacrilegious”. This sparked the successful campaign, which Alderman and Corbyn were both a part of, to overturn the council’s decision.

Corybn’s leadership is a turning point

Alderman also pointed out that, historically, Labour has been “riddled” with prejudice, including antisemitism. But Corbyn leads the party now. And he’s a long-term supporter of Jewish people and other minority communities, illustrated by instances like his lone defiance of former leader Tony Blair’s whip to support LGBTQI+ rights in 1997. This tells us the opposite of what the smear artists allege. In reality, Corbyn’s leadership is a turning point for the party – away from discrimination, not towards it.

People say that the ‘true test of a man’s character is what he does when no one is watching’. And Corbyn’s decades of pro-equality work, such as Alderman’s revelation, went largely unreported. With that in mind, it’s difficult to argue that the Labour leader hasn’t passed that test.