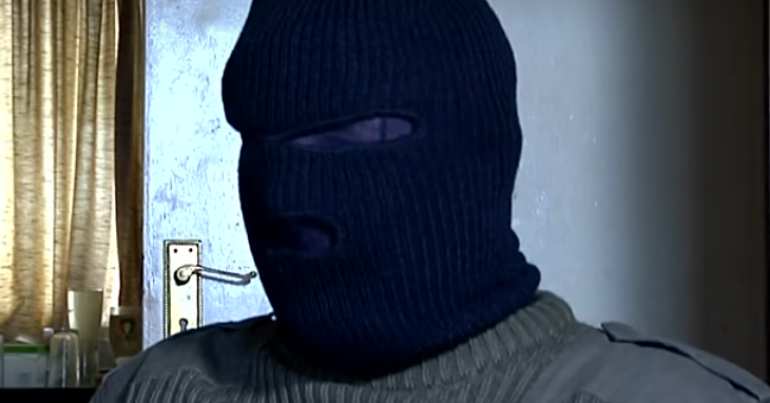 Channel 4 News has broadcast an exclusive interview with a serving New IRA (Irish Republican Army) paramilitary. The interviewee made it clear that a reimposed border between the north and south of Ireland would result in paramilitary violence.

The security implications for Boris Johnson’s UK government, and its attempts to find a Brexit deal, are likely significant.

The paramilitary told Channel 4 News that any infrastructure relating to customs checks or British occupation would be targeted:

Bearing in mind any installation or aspects of British occupation within the Six Counties [in the north of Ireland] – be it at the border or elsewhere – any infrastructure would be a legitimate target for attack and armed actions against those infrastructures and against the people who are manning them.

Regarding the type of Brexit deal – hard or soft – that is proposed, he added: “[The border] will be resisted regardless of any deal formed around it”.

There have been a number of warnings of New IRA capability over the last few months.

In 2019 alone, attacks in the north by or attributed to republican paramilitaries included:

These incidents might explain why, in recent days, the Johnson government has switched its Brexit emphasis from a likely no-deal situation (which would almost certainly result in a hard border in Ireland) to a possible deal.

Simon Byrne, chief constable of the Police Service of Northern Ireland, expressed concern for what would happen should a hard border return. And he warned of escalating violence if a ‘no-deal’ Brexit proceeds.

Earlier this year, it was reported that 700 MI5 officers were already in the north of Ireland to deal with any Brexit-related unrest.

Meanwhile, up to 300 police officers from Scotland are to be relocated there should violence escalate because of Brexit. And more could be drafted in from the Metropolitan Police.

On 13 October, the Times published an article claiming “security services in Northern Ireland” had briefed cabinet minister Michael Gove regarding threats by paramilitaries on customs infrastructure:

Sunday Times UK edition also report in addition to trouble in Northern Ireland, security sources are warning No10 that in a no deal brexit there might be “civil unrest in places like Glasgow” 👀https://t.co/G8rnilzK07 pic.twitter.com/INyXBbiHT0

Johnson may now effectively be hostage to not just the New IRA and its threats of violence, but equally to the demands of the Democratic Unionist Party (DUP). The latter has scuppered Johnson’s proposed deal to the EU – its three main objections being on customs arrangements, consent, and VAT.

Johnson may be forced to seek an extension to the Brexit negotiations, as required under the Benn Act. But should he refuse, the courts will possibly organise that on his behalf. At some stage, meanwhile, there will likely be a vote of no confidence. And if that’s successful, a caretaker government will then seek a general election and at some point a confirmatory referendum.