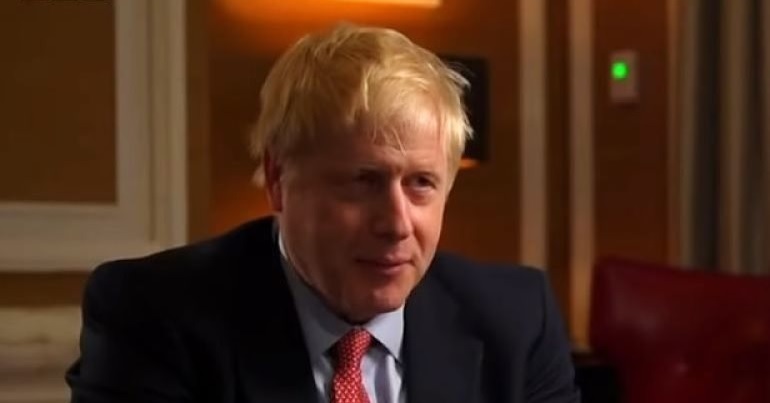 The Conservatives released their manifesto on 24 November. Britain’s media have helpfully described it as a “do no harm“, “safety first“, and “cautious” plan. The message to voters is: Boris Johnson won’t do you any damage, he’s the ‘safe’ choice.

Here’s one of those ‘do no harm’ policies, however. The Conservatives commit to ‘updating’ the Human Rights Act in the manifesto. You know, the act that guarantees your right to life, freedom, privacy, and much much more.

The party does not stipulate exactly what it means by ‘updating’. But the Tories’ past deeds and words on the matter of human rights are cause for alarm.

According to Open Rights Group’s executive director, the Conservative government lumbered Britain with the “most extreme surveillance law ever passed in a democracy”. The Investigatory Powers Act, which received royal assent in 2016 under then-PM Theresa May, essentially removes UK citizens’ right to privacy and has been challenged numerous times in court. It, for example, allows our security services to hack devices, and legitimises collection of our data in bulk.

It’s essentially an act that codifies George Orwell’s 1984 into law. Because while you don’t see Big Brother beamed through your television screen like in the book, make no mistake, he is there. In fact, he’s everywhere.

Meanwhile, the UK government has come up with a plan to open up our privacy’s last frontier – encrypted communications – to its prying eyes. It’s proposing that tech companies build a ‘key’ for governments into their products that allow our encrypted emails and messages to be opened by states ‘when necessary’.

Don’t forget either that, in 2018, the Conservative-led government came under fire for wanting to extend the amount of time it could use kids as spies. The government uses children as infiltrators in situations such as “terrorism, gang violence and drug offences as well as child sexual exploitation”, according to a House of Lords Secondary Legislation Scrutiny Committee report. It wanted to extend the time kids could be undercover from a one-month limit to four months, with allegedly little regard for the children’s welfare.

The Human Rights Act protects citizens from both inhumane treatment and discrimination. The unnecessary austerity regime sucessive Conservative governments have championed over the last nine years has heaped plenty of both on Britons. As The Canary’s Steve Topple reported in 2017, for example:

The UN has condemned the Conservative government for creating what it calls a “human catastrophe” in the UK. It follows a previous report which stated that the Tories had committed “grave” and “systematic” violations of human rights on British shores. And the UN accused the government of using a “smoke screen” and “misusing statistics” to try and cover its tracks.

Britain is certainly capable of eliminating most, if not all, of its poverty if it wanted to. But it’s clear that there’s a political choice: that it doesn’t want to.

Conservative Britain is even worse for ethnic minorities and people from overseas (unless you’re filthy rich). Asylum-seeking children, for example, have been kept in prison-like detention facilities. And abuse is all too common in the country’s taxpayer-funded and privately-run dentention centres.

People who came to Britain to help rebuild it after WWII, i.e. the Windrush generation, have been deported after living much of their lives in Britain. Women living with domestic violence are scared into not seeking help due to the government’s hostile environment. Meanwhile, the government’s Prevent strategy treats an ever-widening net of citizens as suspects. As managing director of CAGE Dr Layla Hadj wrote in The Canary:

Over the course of the last 11 years, Prevent has been developed and built upon an Islamophobic core of state surveillance of Muslim communities. It has since widened this reach to any groups among the population who present a threat to the government’s interests. Groups that have found themselves falling under Prevent’s gaze include those campaigning around Palestinian liberation, against fracking, for free education, and more.

We shouldn’t forget either that the Conservative government ‘protected’ the human rights of people in Yemen by selling their aggressor Saudi Arabia over £6bn worth of weapons.

A break from the past?

It is deeply disturbing to imagine a governing party capable of doing all this fiddling around with what human rights we can and can’t have. Johnson, of course, wasn’t at the helm of the party throughout much of this checkered history. But while Johnson insists he has the inalienable right to freely use racist and homophobic language, his personal record on other people’s human rights leaves a lot to be desired.

When he was foreign secretary, for example, Human Rights Watch described the UK government’s approach to human rights as “weak, inconsistent, and often incoherent”. During his political career, Johnson has also generally voted against measures that would strengthen equality and human rights, including voting against assessing the impact of the Conservative government’s policies on women and mitigating any disproportionate burden on them.

So no, Johnson and the Tories are not a ‘safe’ choice in the slightest, especially when it comes to our human rights.