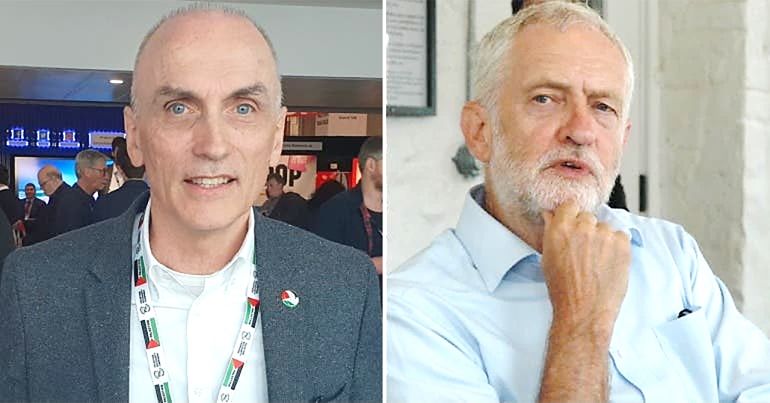 In a new video and essay, Chris Williamson claims that despite its “noble name”, the way the Equality and Human Rights Commission (EHRC) operates “tells a very different story”. On 29 July, The Canary reported that Williamson had launched a crowdfunder to legally challenge the EHRC after finding out he’s named in its report into antisemitism in the Labour Party.

The former Labour MP for Derby North’s latest appraisal of the EHRC reveals a worrying pattern of vested interests, racism, lack of independence, and right-wing allegiances. Ultimately, the Commission may have played a significant role in undermining Jeremy Corbyn’s leadership.

Issues from the outset

Established in 2006, the EHRC insists it “operates independently”. It also states:

We use our unique powers to challenge discrimination, promote equality of opportunity and protect human rights.

But, as Williamson says, “only two years after it was established, six members of its ruling body resigned”. This signalled serious questions about EHRC chair Trevor Phillips. Williamson notes that during this time, Phillips:

questioned the concept of ‘institutional racism’; called for Britain to “scrap multiculturalism”; and said that the country was “sleepwalking [its] way to segregation” with “fully fledged ghettos”.

Subsequently, Phillips made several controversial comments about Muslims. In 2020, the Labour Party suspended him for these “alleged Islamophobic statements”. Phillips is now a senior fellow at leading right-wing thinktank Policy Exchange. He’s recently been further criticised for selling software to the Metropolitan Police, the use of which has raised serious “concerns about racial profiling”.

Williamson also points out that in 2017 “the Commission was accused of targeting Black, Muslim, and disabled staff for compulsory redundancies”. And as The Canary reported, the EHRC’s only Black and Muslim commissioners in 2012 felt they lost their roles because they were “too loud and vocal” about issues of race.

Phillips also appeared to have close links with a “number of high-profile figures” in New Labour.

From the outset, this called the body’s integrity and independence from government into question.

In May 2019, the EHRC launched an investigation to determine whether the Labour Party, under Corbyn’s leadership, had “unlawfully discriminated against, harassed or victimised people because they are Jewish”. Yet Williamson stresses:

The number of alleged cases of antisemitism in the Labour Party are miniscule, and were clearly exaggerated as part of a pernicious smear campaign against Corbyn and his supporters. But that didn’t stop the Commission from targeting the Party.

Indeed, evidence from Labour showed that accusations of antisemitism involved around 0.1% of its 540,000 strong membership under Corbyn. While one antisemitic incident is one too many, this doesn’t support claims that Corbyn becoming PM would have constituted an “existential threat” to British Jews.

Meanwhile, despite a wealth of evidence and pressure from the Muslim Council of Great Britain, the EHRC refused to take action “against the Conservative Party over Islamophobia”.

According to Williamson, the EHRC “singled out” Labour’s opposition under Corbyn. Meanwhile, it failed to offer similar scrutiny of the Conservative Party despite it “being responsible for some of the most egregious racism exhibited in public life today, targeting Muslims and Black people in particular”.

Williamson’s analysis builds a compelling body of evidence. It seems the EHRC may well have played a significant role in undermining Corbyn’s Labour.

Although set up under New Labour, the EHRC has mostly operated under a Conservative government and continues to do so. Williamson’s examination demonstrates ways it appeared to undermine a potential Corbyn-led government. But alongside that:

The Tories have stacked the EHRC with business-friendly Commissioners, none of whom have a history in the anti-racist movement and many who have significant conflicting interests. Most notably, they appear to have personal, financial, or professional interests that would have suffered under a Corbyn-led government.

Williamson outlines several high-profile EHRC commissioners’ business links. The Corbyn-led manifesto posed a significant threat to many of these. For example:

Caroline Waters worked for a time and continues to holds shares in BT, a company whose value would have been threatened by the 2019 Labour manifesto pledge to deliver free full-fibre broadband to all by 2030.

Suzanne Baxter worked for over 20 years at the outsourcing firms Serco and Mitie, and retains shares in Mitie. Both companies would have been threatened by Labour plans to move against outsourcing.

Such “conflicting interests”, Williamson explains, “could provide part of the explanation for the EHRC’s skewed decision-making processes”.

The key push for the EHRC to investigate antisemitism under Corbyn’s leadership came from the Jewish Labour Movement (JLM) and the Campaign Against Antisemitism (CAA). Williamson painstakingly builds evidence to show that both “organisations are strongly committed to Israel”.

As Williamson shows, in 2016, the Anglo-Jewish Association (AJA) donated £5,000 to the CAA. AJA’s deputy president is married to EHRC chief executive Rebecca Hilsenrath. He continues: “Contrary to the EHRC’s rules, Hilsenrath did not disclose this conflict of interest arising from her husband’s involvement with the AJA”.

In 2018, Hilsenrath oversaw the EHRC’s response to antisemitism complaints in Labour. Six months later she stood down after disclosing that she “was an active member of the Anglo-Jewish Community”. Williamson points out that the board “decided that there was no evidence of any conflict of interest”.

The EHRC said it took “impartiality and independence very seriously” and that:

Our investigation into the Labour Party has robust procedures in place to ensure its impartiality and anyone with a conflict, or perceived conflict of interest, plays no part.

Williamson also explains why it was problematic that Adam Wagner and Sarah Sackman both held roles in the EHRC. Both were also JLM members. He also goes on to note an article in the Jewish Chronicle about EHRC chair David Isaac that flags further issues of impartiality.

Hilsenrath herself also challenged Issac’s impartiality from government. Added to this, Williamson notes:

Isaac has also written for the conservative thinktank Bright Blue, which has been provided with ‘support’ by the Commission on his watch. The thinktank also published an attack piece ‘The Corbynites and antisemitism’ written by Stephen Pollard, editor of the pro-Israel Jewish Chronicle.

Williamson’s conclusion is damning. “It seems pretty clear”, he writes, that the EHRC “lacks independence, is institutionally racist, and has been abusing its legal mandate by attacking the Official Opposition”. He continues:

In our view, the Commission’s conduct played a leading role in derailing Jeremy Corbyn’s leadership, and in legitimising a McCarthyite smear campaign that only gets more menacing by the day.

Williamson says: “It would appear that, far from being an ‘equalities watchdog’, the EHRC has become a right-wing attack dog”.

In light of Williamson’s evidence, we all need to ask serious questions about the body that is meant to protect equality and challenge racism in all its forms.

The EHRC was established almost 13 years ago to enforce equality and non-discrimination laws in Great Britain.

In this video, I explore whether the so-called 'equalities watchdog' has truly lived up to that purpose. pic.twitter.com/946w6rBInz