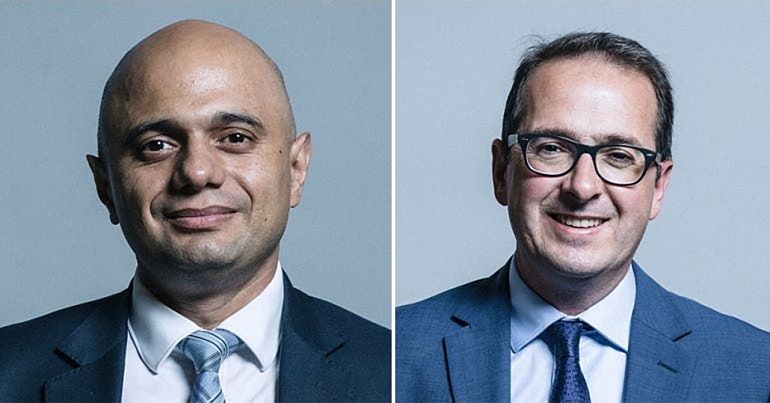 It was widely reported on Monday 17 August that former chancellor Sajid Javid has taken a job with US bank JP Morgan. The following day, a former MP and Labour Party leadership contender returned to a role in his favourite industry. But these appointments of current and ex-politicians to private corporations is just the tip of the iceberg in the ongoing scandal of the Westminster “revolving door”.

BBC News reported that former banker Javid had accepted a role at JP Morgan on an “undisclosed salary”. The BBC noted that he:

will sit on their advisory council for Europe, the Middle East and Africa.

There are rules and regulations surrounding what work MPs can do outside of their parliamentary jobs. For example, BBC News wrote that if the MP in question was a former government minister, they have to tell the Advisory Committee on Business Appointments (ACOBA) first. In the case of Javid, the committee has said there are the following “risks” with him taking on the JP Morgan role:

ACOBA said that he could take the job anyway, with some restrictions – including not being allowed to “lobby” government on behalf of JP Morgan for two years. But even BBC News had to point out that the committee was viewed by some as essentially not fit for purpose. Another parliamentary committee called ACOBA “a toothless regulator”. But it’s not just former government ministers quickly taking private sector jobs which gives cause for concern.

As SKWAWKBOX reported, failed Labour leadership contender and former MP Owen Smith has just landed a job as a “lobbyist” for a US pharmaceutical company. According to the Western Mail, his exact job for Bristol Myers Squibb is its “UK government relations director”. This follows on from his previous job (before becoming an MP) as a “senior director” for a US biotech company. The Canary reported in 2016 that Amgen (for whom Smith worked) patented among other things “expensive” cancer drugs. Moreover:

Before Amgen, Smith worked as a lobbyist for the pharmaceutical giant Pfizer and argued patients should have greater “choice” in the NHS. In an interview, he also said private involvement in the NHS is “fine”.

Smith was never a minister in government. But if he had won the Labour leadership contest his career history would have put him in a compromised position, more so than it did as an MP. Yet this blurring of the lines between where corporations start and elected politicians end is nothing new.

As openDemocracy‘s economics editor Laurie Macfarlane indicated on Twitter, trips through the revolving door are par for the course for senior politicians:

This really needs to stop. https://t.co/z3qornYIVZ

Matt Hancock appointed Tory peer Dido Harding to run the new public health body after the Tories wound up Public Health England as a scapegoat for their own incompetence. Harding has no experience in public health except for the disastrous test-and-trace fiasco and went through no selection process.

Harding’s husband is Tory MP John Penrose, Boris Johnson’s ‘anti-corruption champion’. He and Harding reportedly met while both worked for McKinsey, the giant consulting firm with a long history of involvement in UK health privatisation.

This crossing over of big companies into government is best described as ‘corporatism’.

Naomi Klein wrote in her book The Shock Doctrine:

A more accurate term for a system that erases the boundaries between Big Government and Big Business is not liberal, conservative or capitalist but corporatist. Its main characteristics are huge transfers of public wealth to private hands, often accompanied by exploding debt, an ever-widening chasm between the dazzling rich and the disposable poor, and an aggressive nationalism that justifies bottomless spending on security.

Ring any bells? It should do, as it’s effectively the system of governance we have in the UK and US. The revolving door that politicians go through encapsulates the problem perfectly. It is almost impossible to place trust in many of our politicians when they clearly have skewed priorities – both for personal gain and those of the companies they work for. As Macfarlane said:

This really needs to stop.

But when you have those at the top of government who are active “corporatists” (not least the prime minister) then it will merely continue to be ‘business as usual’ – with ‘business’ being the operative word.