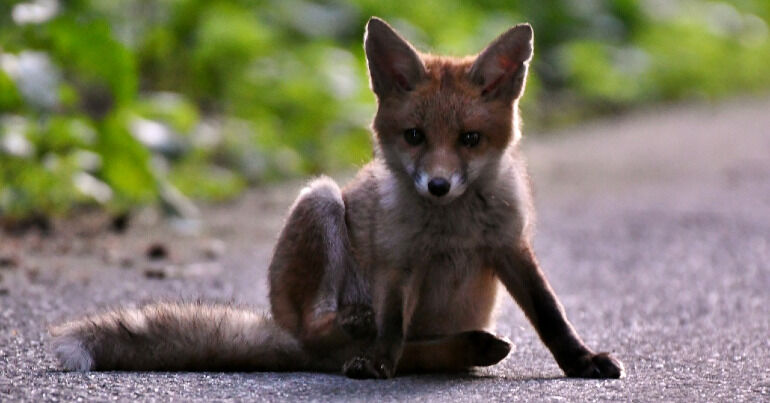 New figures show the extent to which hunters are murdering fox cubs for ‘sport’ in the UK, despite it being illegal. The League Against Cruel Sports (LACS) states that:

Between the middle of August and the end of October, there were 300 reported incidents of suspected illegal fox cub hunting across England and Wales.

These include 15 eye-witness reports of foxes being chased and killed, despite the fox hunting ban.

Between August and October, hunters across the UK chase fox cubs in order to train their young hounds to hunt, ready for the main fox hunting season. This ‘sport’ is known as cubbing. LACS describes it as the “dirty secret of the hunting world” because hunters know that if the public caught wind of what they’re doing, they would be disgusted.

108 different hunts terrorised cubs across 56 counties this autumn in suspected illegal hunting. Gloucestershire was the county with the most incidents, with 43 cases within the three month period. According to LACS:

The Duke of Beaufort’s Hunt [in Gloucestershire] topped the hall of shame as the hunt across England and Wales with the highest number of suspected illegal hunting incidents with 21 cases.

In late October, LACS filmed footage of the Duke’s hunt terorrising a fox, using their hounds to chase the poor creature:

Campaigners and hunt saboteurs have documented numerous acts of illegal fox hunting like this since the hunting ban came into force. Despite this, hunts continue to get away with murder without fear of being prosecuted for it.

How do they get away with it?

Hunters across the country know that they can continue to break the law because of a ‘trail hunting’ loophole. Trail hunting was introduced following the 2004 hunting ban. If a group is trail hunting, their dogs are supposedly following an artificially-laid scent and not the scent of a wild animal. It is a sneaky way for hunts to get around the ban, pretending that they are conducting a ‘lawful’ sport, while continuing to murder animals.

In November, a series of hunt-industry webinars were leaked. In one video, a senior hunt official said that trail hunting is used as a smokescreen “to portray to the people watching that you’re going about legitimate business”.

Cub hunting is a monstrous activity which has no place in modern day society – there is a clear need to strengthen the Hunting Act by outlawing ‘trail’ hunting and removing the ridiculous exemptions being exploited by the hunts  just so that they can carry on killing animals in the countryside.

This is yet more indisputable proof of something we have now known for many years, that trail hunting is nothing but a cover-up for illegal fox hunting. In this case that of the hunting of young fox cubs to train the hounds to kill.

If landowners really want to ensure that wildlife isn’t killed on their land, and indeed to stop more fox cubs from being ripped to pieces, then the temporary suspensions need to be made permanent ones.

Permanent bans on so-called ‘trail hunts’ is the only way to be sure that no more wildlife will be chased and killed for the sheer pleasure of it. The fact that the hunts still partake in the cruel and despicable pastime of ‘cubbing’ is further evidence of the trail hunt lies and landowners must act now and permanently ban the hunts to ensure no more animals are killed.

With the leaked webinars finally attracting police attention towards trail hunting, now is the time to really put pressure on landowners and the government to permanently ban all hunting.