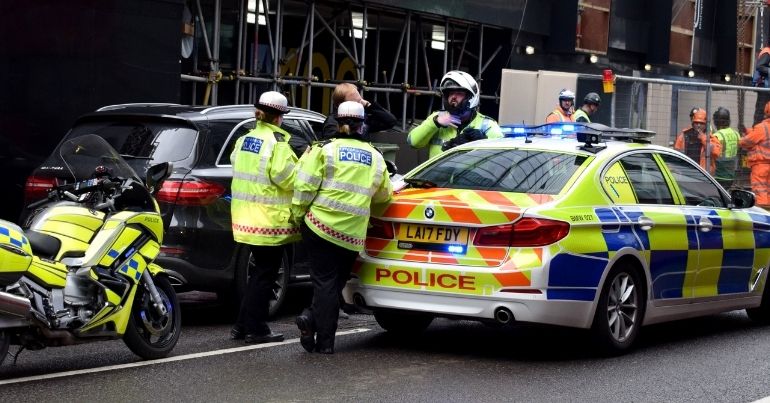 On 7 July, the government announced that London’s Metropolitan Police will begin trialling new Knife Crime Prevention Orders (KCPOs). The pilot will last for 14 months. Thereafter, the Home Office will review the results before deciding whether to roll out KCPOs across England and Wales. The Home Office states that KCPOs are intended to “turn young people away from a life of crime and protect them from potential exploitation from criminal gangs”. But campaigners have raised concerns that rather than protecting them, the new orders will enable further surveillance and criminalisation of vulnerable young people who already experience over-policing.

What are Knife Crime Prevention Orders?

A KCPO is a civil order that gives police the power to impose restrictions on anyone they suspect may be carrying a knife, has a history of carrying one, or has been convicted of a knife-related offence. Targeted at young people, police can impose orders on children as young as 12 years old. Conditions can include social media bans and curfews. Orders can remain in place for a maximum of two years. Failure to comply with orders could result in criminal charges – along with a prison sentence. The maximum term could be two years.

According to the Home Office, courts can also authorise “positive intervention, such as educational courses, sports club referrals, relationship counselling, anger management, mentoring and drug rehabilitation”. However, grassroots organisation No More Exclusions has said that it does “not believe the Home Office’s claim that KCPOs will be ‘preventative rather than punitive’ or that they will help reduce serious youth violence”. Instead, the group argues that:

KCPOs will be yet another tool used by the State to pretend it can police its way out of multiple crises for which it is solely responsible.

Children and young people carry knives for complex reasons, including fear for their safety.

Effective prevention means dealing with that complexity, and investing in organisations and programmes rooted in the communities suffering the most.

No More Exclusions told the Voice:

KCPOs will serve as a distraction and as a tool for racial profiling for children as young as 12 many of whom are already at the margins.

It added that children and young people “will not need to have ever even carried a knife to find themselves criminalised and facing life-altering consequences”, concluding:

The same children and young people are paying the highest price for years of state neglect, educational and social exclusion, austerity, racial capitalism and societal violence, not to mention the effects of a deliberately poorly managed and ongoing global pandemic.

Indeed, we have seen the government chip away at funding for vital support systems such as education, youth services, social care, and mental health support over the course of a decade. KCPOs appear to be the latest in the government’s attempts to surveil, control, and criminalise marginalised children and young people. Race disparities in the youth justice system are already getting worse. The proportion of young people in prisons from BAME backgrounds rose from 25% to 41% between 2006 and 2016. And although Black people make up just 3% of the population, they account for over 20% of children in custody.

The expansion of the youth prison population is the result of racist policies and practices that the state has designed to surveil, criminalise, and control marginalised young people. We already know that police use stop and search powers excessively and disproportionately against young Black men. According to Amnesty, although 27% of those “responsible for youth violence” are Black, in 2020 they accounted for 72% of those flagged as gang involved or associated in the Met Police’s authoritarian ‘Gangs Matrix‘.
Moreover, young Black people are disproportionately impacted by the unjust joint enterprise doctrine, which enables a court to jointly convict an individual for a crime they didn’t commit. Meanwhile, the increasing presence of police in schools disproportionately impacts working-class pupils from Black and ethnic minority backgrounds. And government plans for ‘secure schools‘ are likely to disproportionately harm these groups further. When viewed in conjunction with these oppressive systems of surveillance and criminalisation, it becomes clear that KCPOs are just another tool for the state to surveil and criminalise the most over-policed and under-protected young people in our society.
Judging by the failure of ASBOs, punitive measures do not work to reduce crime. KCPOs will not solve the complex social issues that drive knife crime. The new orders will support the government’s agenda to expand Britain’s police and prison population. This will generate profit for private businesses and the state at the expense of young Black lives. The communities that are most impacted by knife crime need support and investment, not further surveillance and criminalisation.
Featured image via Oliver Hale/Unsplash