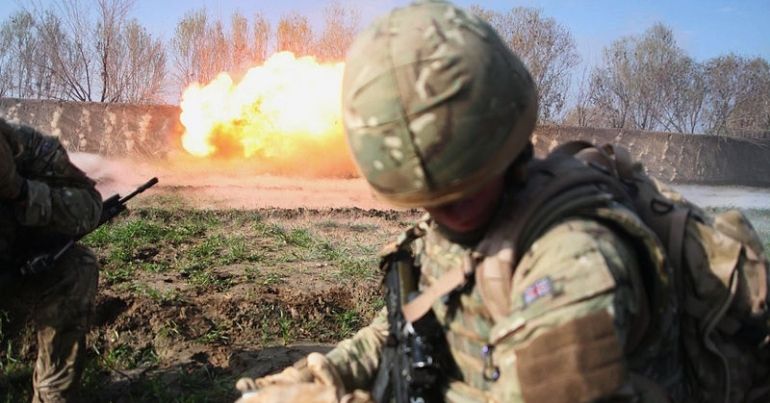 UK military forces must return to Afghanistan, a Tory MP has said. Tobias Ellwood insisted that only a new deployment could stop a potential civil war. In recent weeks, the Taliban has made massive gains in the territory. This has led to fears the country could end up back under its control.

Airstrikes against the Taliban were underway on Thursday 5 August. But the same report suggested that more and more territory is falling to the insurgent group regardless.

Ex-army officer Ellwood also tweeted that a coalition force of 5,000 could prop up the current government. And he warned the other option was a failed state:

The WEST should re-think it’s strategy – if must – without the US.

We should RETAIN a 5k strong coalition force- enough to give legitimacy to the Afghan Gov & spt to Afghan forces to contain/ deter the Taliban.

A large-scale deployment so soon after an official withdrawal seems unlikely. And the UK government does not seem to want to rake over the past 20 years in Afghanistan. For instance, Boris Johnson recently rejected calls for a full Iraq War style inquiry into the war.

Ellwood’s call comes just over a month after the US officially withdrew. It did so in an unusual way: by sneaking out in the dead of night on 4th July and without telling Afghan allies.

Ellwood also attacked the US decision to withdraw at all, saying it was “made for political reasons”.

Earlier in the week, senior general Nick Carter was asked if Afghanistan could become a failed state again:

That is one of the scenarios that could occur, but we have to get behind the current Afghan government and support them in what they are trying to do.

Meanwhile, the safety of Afghan interpreters who helped UK forces during the war has become a flashpoint as the Taliban has advanced. On 28 July, a group of former military officers demanded that the Afghans be re-homed in the UK more quickly than they are being.

The UK MOD announced a package of measures to help those affected in June 2021. The former officer’s letter sparked an angry response from defence secretary Ben Wallace, who disputed their claims.

Ellwood’s call for more troops may not go anywhere. There’s little appetite in the UK to return to Afghanistan – a location of major international embarrassment and defeat. But what he says is telling. Even now in the upper echelons of the UK security and defence establishment, some still believe that military intervention is a cure-all.

This proves true even in places like Afghanistan, where military occupation is what caused the problems in the first place.