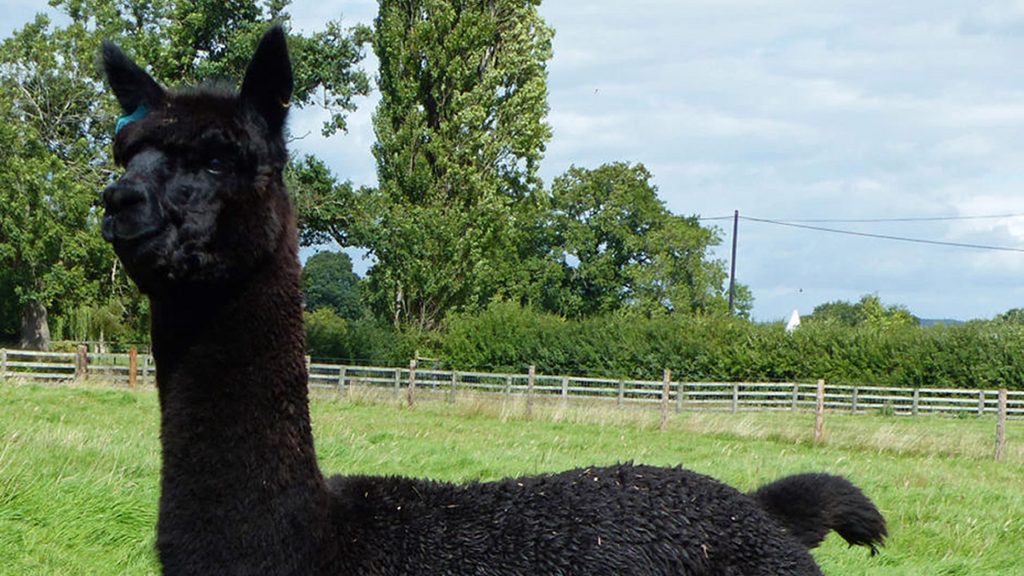 A petition calling on Boris Johnson to stop the killing of a stud alpaca has attracted almost 80,000 signatures.

As The Canary previously reported, Geronimo, a six-year-old alpaca from New Zealand now living in south Gloucestershire, was condemned to death by a High Court judge after twice testing positive for bovine tuberculosis (bTB).

His owner Helen Macdonald has now said she will “stand in the way of any gunman who comes to destroy Geronimo”.

She added: “They’ve picked on the wrong woman. There is no way that I will put him to sleep.”

The 50-year-old vet and alpaca breeder has repeatedly appealed to the prime minister and environment secretary George Eustice to halt the destruction order, which she claims is based on inaccurate testing.

Eustice spoke for the first time on the matter on Thursday to say he would not change his stance, and added: “My own family have a pedigree herd of South Devon cattle and we have lost cows to TB, so I know how distressing it can be and have huge sympathy for farmers who suffer loss.

“I have looked at this case several times over the last three years and gone through all of the evidence with the Chief Vet and other experts in detail.

Wildlife TV presenter Chris Packham and actress Joanna Lumley are among those who have spoken out in support of Geronimo.

In a tweet on Thursday, Packham asked Johnson and Eustice: “Quick question, what do you think will happen if #Geronimo is euthanised today & the pm shows he doesn’t have bTB? Won’t that be a PR and policy disaster? #savegeronimo.”

Macdonald claims the Department for Environment, Food & Rural Affairs (Defra) has “lied” about the tests carried out on Geronimo which she believes resulted in “false positives”.

She told Sky News on Friday: “This is about Government behaviour and official behaviour. They’re trying to uphold the regime.

“He came from a farm in New Zealand where there’s been no TB since 1994. It’s bonkers.

“If there was disease present we wouldn’t be having this conversation, he would’ve died years ago. But he’s fit and healthy.”

The court order came into effect on Thursday and Defra now has 30 days to visit Macdonald’s farm in south Gloucestershire and put him down.

Ms Macdonald told the PA news agency: “The entire industry is up in arms because this really is the senseless destruction of an innocent animal.

“They have a choice here. They don’t have to kill him; they could at least test him first.

“It’s a really upsetting situation. I don’t want Geronimo’s last moments to be of being caught by a man who will put a gun to his head before he’s shot, but then I don’t want to consent to having him euthanised.

“That’s no choice at all.

“Asking me to do that to a healthy animal as a vet who has been saving lives for 30 years is the worst thing they can do to my mental health. They are putting me through hell.

“I feel frustrated, angry and deceived. There is a complete lack of transparency.”

Defra has defended its methods after it was revealed the tests have never been trialled for their accuracy in detecting bovine tuberculosis in alpacas, and that Geronimo had tested negative on four occasions in New Zealand.

A Defra spokesperson said: “We are sympathetic to Ms Macdonald’s situation – just as we are with everyone with animals affected by this terrible disease.

“It is for this reason that the testing results and options for Geronimo have been very carefully considered by Defra, the Animal and Plant Health Agency and its veterinary experts, as well as passing several stages of thorough legal scrutiny.

“Bovine TB causes devastation and distress for farmers and rural communities and that is why we need to do everything we can to reduce the risk of the disease spreading.”

The online petition to save Geronimo can be found at www.change.org/p/boris-johnson-save-geronimo-stop-killing-healthy-alpacas-without-valid-science.