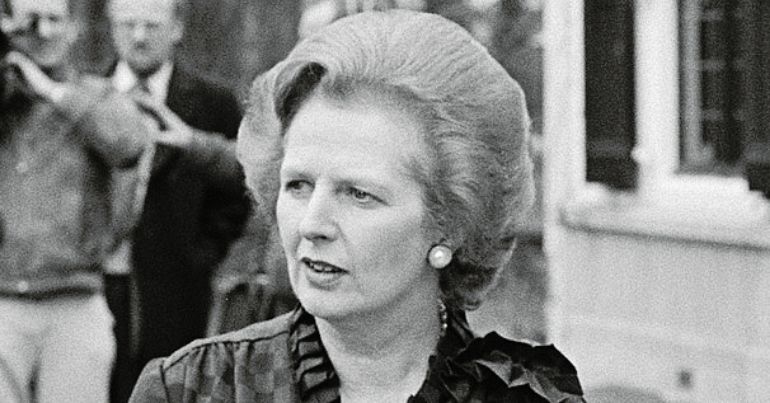 Boris Johnson was branded “crass” and “shameful” for suggesting that Thatcher gave the UK a head start in the fight against climate change by closing coal mines. Public figures queued up to slam the PM’s comments made during a TV interview.

Johnson was asked during a visit to Scotland whether he would set an agenda to deal with climate change. He responded jokingly:

Look at what we’ve done already. We’ve transitioned away from coal in my lifetime.

Thanks to Margaret Thatcher, who closed so many coal mines across the country, we had a big early start and we’re now moving rapidly away from coal altogether.

Scottish first minister Nicola Sturgeon pointed out Thatcher’s assault on miners had nothing to do with the environment:

Lives and communities in Scotland were utterly devastated by Thatcher’s destruction of the coal industry which had zero to do with any concern she had for the planet.

To treat that as something to laugh about is crass and deeply insensitive.

Politicians from Wales, another country whose coal industry was savaged by Thatcherism, took an equally dim view of Johnson’s comments.

Those remarks are both crass and offensive. The damage done to Welsh coal-mining areas 30 years ago was incalculable, and here we are, 30 years later, the Tories are still celebrating what they did.

But Scottish Greens MSP Gillian Mackay might have captured the issue most accurately when she said:

If he had any decency, @BorisJohnson would come back to Scotland to visit our mining communities and apologise in person for his offensive comments. https://t.co/L9no6bTBzT

Even some Tory MPs weren’t impressed with the PM. One told the Times:

It is spitting in the face of communities that still haven’t recovered from the miners’ strike.

Johnson, meanwhile, has refused to apologise for his comments.

Thatcher’s war on the National Union of Mineworkers (NUM) endured for ten years. She famously labelled the mining community “the enemy within” and privately compared them to the Argentine regime against which she fought the Falklands War in 1982. And she used police to violently break up strikes at, for example, Orgreave. Some of the key details of the police operations were reported in The Canary in November 2020.

For Boris Johnson and his cronies, the pain of mining communities might be little more than a joke. But many of those people are still living with the reality of Thatcher’s scorched earth approach to the UK working class.