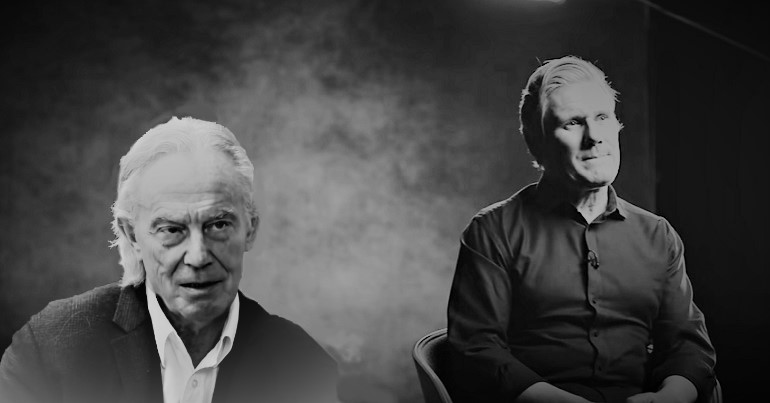 Keir Starmer is once again preparing to rebrand the Labour Party. This time, people are in uproar over his comments about ’embracing Tony Blair’s legacy’. So, thanks to a journalist for the Independent, here’s a helpful rundown of why Starmer shouldn’t embrace anything about his most notorious predecessor.

Starmer gave an interview to the Financial Times (FT):

Starmer urges Labour to embrace Blair’s legacy as he vows to win the next election https://t.co/oSirzu8YLW

He didn’t actually say “embrace Blair’s legacy”. But Starmer did tell the FT that:

We have to be proud of that record in government and not be arm’s length or distant about it.

He also noted that, much like Blair and Gordon Brown:

The FT wrote that:

Starmer said “Labour only ever wins if it glimpses the future” but for the party to convince voters it can transform their lives, it must “proudly remind” people of what it did the last time it was in office.

Hmm. You would be forgiven for thinking this all seems a bit rose-tinted. But luckily, a journalist for the Independent was on hand to help refresh Starmer’s memory over the Blair/Brown years.

Back in 2020, Jon Stone began a helpful thread on Twitter. It detailed many of the previous Labour government’s not so good moves:

there’s been a reassessment of the Blair/Brown government on the Left in recent years: you hear more about its achievements than you used you. that’s good, but it’s also important not to forget that it regularly did things a Tory government would be criticised for (THREAD)

You can read Stone’s full thread here. Below is a run-down of the Blair/Brown years’ worst moments:

Labour: dead in the water?

So, all this has led to Blair being deeply unpopular. As one Twitter user summed up:

Yet Starmer wants us to be “proud” of  all this, according to the FT.  The whitewashing of the Blair/Brown legacy (and the fact it paved the way for the successive Tory governments’ catastrophic management of the UK) is a stain on the current Labour leader. And this latest rebranding back to a Blairite MO also shows the desperation setting in at the heart of the Labour Party machinery.