UK Coronavirus cases are rising, but Downing Street has done a runner - Canary 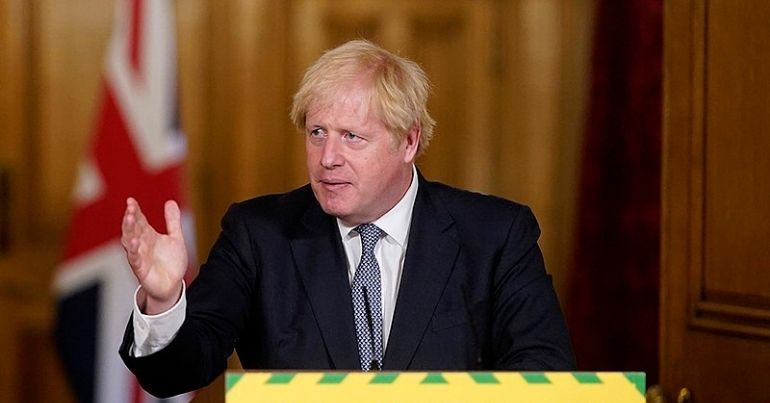 Coronavirus (Covid-19) cases are on the rise again. But there’s been no daily PR briefings with the latest statistics from Downing Street for weeks. And it’s sadly the case that there were plenty of warnings from scientists and others that this rise was on the cards.

The latest (March 18) Office of National Statistics (ONS) figures state that for England:

The ONS also reported increases for the other three nations.

According to the government, deaths as a result of Covid are down generally, with 814 listed for week-ending 4 March.

The ONS report adds that:

for the week ending 13 March 2022… the Omicron BA.2 variant is now the most common variant in England, Wales, Northern Ireland and Scotland.

The following graphs for the period 30 January to 12 March appear to back this up:

An article in the Independent stated that the sub-variant BA.2 is believed to be the cause for around 57% of current cases in England.

the increasing presence of the BA.2 sub-lineage of Omicron and the recent slight increase in infections in those over 55 show that the pandemic is not over and that we can expect to see Covid circulating at high levels. (Our emphasis)

So why are cases rising?

Southampton University’s associate professor in public health Dr Nisreen Alwan reckons she has the answer as to why cases are rising:

It’s getting irritating that UK headline news keep saying covid is rising but experts don’t know why! What else to expect if you totally abandon public health measures?

Further, in January the British Medical Association made it clear that by lifting protective measures, the UK government has placed “the public at greater risk”:

Breaking: The British Medical Association, @TheBMA, says removing all restrictions in England "will inevitably increase transmission" and "place the public at greater risk", adding that it risks a "rebound" of Omicron infections when "the NHS is still under crippling pressure".

That same month professor of operational research and Independent SAGE member Christina Pagel accused Boris Johnson of having “zero interest in protecting others from getting sick, needing hospital or dying”:

This makes it so clear that the release of *all* measures right now (esp masks, esp schools) is only to protect himself & his job.

Boris has zero interest in protecting others from getting sick, needing hospital or dying. Or protecting businesses, schools, NHS from disruption. https://t.co/SstNZ05nGR

Johnson was also keen to placate backbench Conservative MPs who wanted to drop coronavirus protections and open up the economy, regardless of the consequences for everyone’s health.

Overall, according to the Independent, scientists believe that the rise in coronavirus cases could be down to:

waning of protection provided by boosters, the emergence of the highly infectious Omicron sub-variant, known as BA.2, increased social mixing between the young and old, a reduction in mask-wearing and testing, and the removal of self-isolation requirements.

Meanwhile, the government has cancelled funding for the study known as React-1 (Real-time Assessment of Community Transmission). React-1 provides “precise snapshots of how many people are infected and which areas are worst affected”, according to the Guardian.

Funding for the ZOE app is also going. The Guardian notes that ZOE “tracks people’s symptoms and has cost £5m over the past two years”. The app was launched “by health science company ZOE with scientific analysis provided by King’s College London.” It’s the largest ongoing study of coronavirus.

It’s reported that other coronavirus surveillance tools are ending too.

On 22 January, The Canary reported on Boris Johnson’s decision to end ‘Plan B’ protection measures for England. Those measures included compulsory face coverings in many indoor venues, working from home if possible, and coronavirus passes for certain settings.

On 27 February, The Canary published an article warning of Omicron variant BA.2 and how it was on the rise. We noted that despite that trend:

as of 24 February there’s no longer a legal requirement to isolate for anyone who tests positive for the virus. And from 1 April, free universal symptomatic and asymptomatic testing for the general public in England will end.

We added that those and other changes introduced by the UK government “could potentially exacerbate the spread of the stealth [BA.2] variant and bring about a new wave of cases”.

At the time, Independent Sage condemned the ending of free tests and payments in support of self-isolation. It listed 11 points as to why that move was unacceptable.

Additionally, a number of scientists signed a letter to England’s chief scientific advisor Patrick Vallance and chief medical officer Chris Whitty. It stated that ending protections would almost certainly “increase the circulation of the virus and remove the visibility of emerging variants of concern”.

Pagel provides more clues regarding the current state of the pandemic and the possible causes for the rising number of cases:

Vaccination: Only ~60% of UK pop is boosted, with 20% of pop still unvaccinated (mostly kids).

We're giving very few jabs now – and it matters cos even boosters are now over 10 weeks ago. And for vulnerable jabbed in autumn, over 15 weeks ago…

And boosters are waning. 2/13 pic.twitter.com/PjlGAbCDAE

She noted, too, that waning vaccine protection is a factor, and that outbreaks in care homes are also rising:

Infections are rising in all nations except NI where BA2 dominated first.

In particular, outbreaks in care homes are rising & ONS reports infections in 70+ are highest they've ever been. Admissions in 65+ are rising too.

vaccination-acquired immunity against COVID-19 wanes substantially after three months among elderly care home residents, suggesting that regular booster jabs may be needed for this group.

Professor Alice Roberts, another member of Independent SAGE, argues that coronavirus information is being suppressed, with ZOE figures vastly different to those published by the government:

It seems we’ve entered the phase where the government is now actively trying to suppress robust information being gathered and shared with the public. https://t.co/TJQ0oalCHI

But from the absence of daily, or even weekly, briefings from the Johnson government, you may be forgiven for thinking the pandemic is over and all is well. But it’s apparent that’s far from true.

Indeed there’s the matter of ‘Long Covid‘. An example of that is the focus of a report in Nature, published online on 7 March ahead of print. It’s claimed that clinical studies provide strong evidence of brain-related abnormalities resulting from the virus.

Undoubtedly, politics and ‘herd immunity’ by stealth are behind this ‘suppression’ of information, which potentially affects all of us – and not just in the short-term.