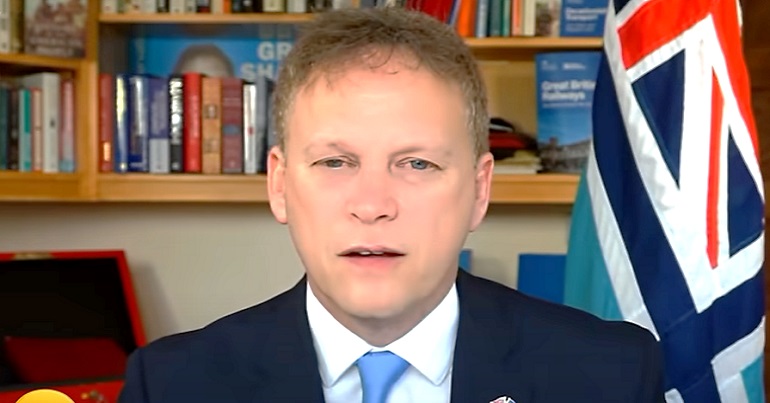 Grant Shapps declared on breakfast TV that the boss of P&O Ferries should quit over the company’s law-breaking firing of 800 workers. His weasel words were a bit rich, considering his predecessor changed the law that let P&O sack the workers in the first place.

But while the transport secretary acted tough over the P&O scandal, he was also at the centre of another one. Because the Department for Transport (DfT) has just bunged millions in public money to another notorious company. It’s handed Govia Thameslink Railways (GTR) a renewed rail franchise after fining it £23.5m just days ago.

GTR has consistently been at the centre of various storms over its running of rail services. From years of mismanagement of Southern Rail, to the DfT stripping it of the Southeastern franchise in 2021, GTR has repeatedly failed to deliver well-run rail services. For example, as the Association of British Commuters (ABC) wrote:

GTR was responsible for the ‘Southern Rail Crisis’ cancelling 7.7% of planned services between 2015 and 2017 (compared to a network-wide average of 2.8%).

In 2019, the government fined GTR £5m for its implementing of a chaotic new timetable on its Thameslink and Great Northern services. Then, in October 2021 the DfT took the Southeastern franchise back into public control. As The Canary reported, this was because GTR failed to declare more than £25m of taxpayer funding – money it should have given back to the public purse.

Not that any of this really seems to concern the DfT.

GTR: Taking with one hand, getting it back with the other

PA reported that the DfT has said GTR will continue to run Thameslink for the next three years. The deal will hand GTR a management fee (public money) of £8.8m per year to deliver the service. Plus GTR could earn an extra £22.9m (of public money), which is linked to performance. But the news comes a week after the government fined GTR £23.5m over the Southeastern £25m missing tax payer cash scandal.

Always ones to put their fingers in their ears, the government’s rail minister Wendy Morton told PA:

As the UK’s largest rail operator, I know GTR will play a key role helping the Government continue delivering our Plan for Rail and revolutionise the lives of passengers… we are proud to partner with GTR to create a truly passenger-focused service.

But effectively, all the DfT has done is cancel-out the £23.5m fine it handed GTR. Because by extending the Thameslink contract, the company can just earn the value of the fine back again. Oh, and once more it’s from public money.

“Delighted” that we’ve been let off the hook again

I’m delighted with today’s announcement. Under this new contract we will build on our achievements in enhancing performance in recent years…

But the ABC was furious. Its co-founder Emily Yates told Inside Croydon:

Outrageously, the government is planning to let their favourite – and most failing – rail company off the hook once again.

And she noted that:

Every ‘penalty’ [fine] reported in the press has in fact been a remedial measure to be reinvested into this chronically failing franchise.

A “revolution”. Just not the kind you’re thinking of…

DfT claims about ‘reform’ of the rail network now appear even more preposterous. It says under its Plan for Rail that it wants to carry out:

a revolution on the railways… to support the levelling up of our towns, cities and regions.

The DfT’s idea of a “revolution” is to keep the same failing private companies running our disastrous rail network, So much like the government’s levelling up agenda and Shapp’s calls for the P&O boss to quit – the DfT’s vision for rail is little more than corporate profit dressed up as public good.