DWP: 1.5 million people will not be getting £650 cost of living payment 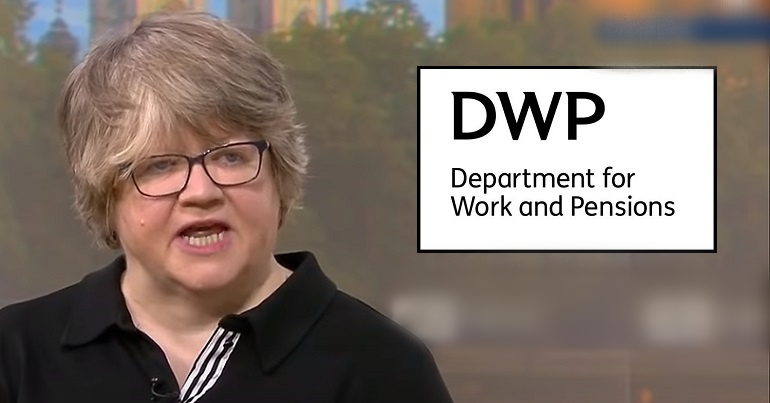 The Canary can reveal that the Department for Work and Pensions (DWP) will be denying around 1,520,000 people the upcoming cost of living payment. And to make matters worse, it hasn’t even bothered to look at how badly this could affect these people.

DWP: cost of living payments for some

The DWP’s cost of living payments have been all over the news. It is giving eligible claimants a payment of “£650 paid in two lump sums of £326 and £324“. The DWP will start paying around eight million people the first sum from 14 July – but it will give some claimants nothing.

what assessment she has made of the potential impact of the decision to not provide the cost of living payment to claimants of new-style Employment and Support Allowance [ESA] on those claimants.

Non-means tested benefits are not eligible benefits for the Cost-of-Living Payment in their own right because people claiming these benefits may have other financial resources available to them.

The DWP says that claimants it gives the following social security to won’t get the payments:

It also won’t apply to people who are only claiming Housing Benefit and some Carer’s Allowance and Personal Independence Payment (PIP) (therefore also Disability Living Allowance (DLA)) claimants. People solely on the latter two are just getting £150. As Rutley recently said:

The UK Government is rightly targeting the £650 cost of living payment support at low-income households in receipt of qualifying means-tested benefits.

So, how many people is this?

The Canary has crunched the numbers of people who won’t get the payments. Overall, the number of people the DWP is abandoning includes:

It is not possible to work out the number of ESA/JSA claimants not entitled to the payment as the figures aren’t publicly available. So, overall, around 1.5 million social security claimants will not be entitled to cost of living payments. But as Rutley revealed in his answer to Debbonaire, the DWP seems unconcerned by these people’s circumstances.

If someone in receipt of a contributory or new style benefit makes a successful claim to an eligible benefit made after the initial qualifying date, they may qualify for the second, £324 cost-of-living payment in the Autumn.

Contributory and new style Employment and Support Allowance claimants may also benefit from other parts of the Cost-of-Living package of support announced by the Chancellor, including the £400 rebate for domestic energy customers provided through the Energy Bills Support Scheme.

A shrugging of shoulders

However, none of this answers Debbonaire’s original question on “what assessment” the DWP had made of the “potential impact” of these claimant’s exclusion from the payments. This could take the form of a regulatory impact assessment (RIA), in which the DWP would look at how the policy would affect all of the people on its watch. It appears that the DWP has not done this.

The Treasury did perform an “illustrative analysis of the impact” of the cost of living payments. It in part looked at what the financial implications would be for the people the DWP gave them to. But the Treasury did not look at the impact for the 1.5 million plus people who aren’t getting it.

So, it seems the DWP has not made any assessment of this. Not that Rutland seemed to want to admit that.

The Canary asked the DWP for comment. We specifically wanted to know if it had done an RIA on the policy. A spokesperson pointed us to Rutland’s answer.

The DWP: regressive, at best

For the DWP to give cost of living payments only to some people while ignoring 1.5 million others is highly regressive. Many of the people it is ignoring may well be no financially better off than those who are entitled to the payments. This is contrary to what Rutland claimed. For example, councils only give housing benefit to low-income people. Yet the government is refusing to support the 433,000 people who, for whatever reason, only claim this. For 1.5 million people, it’s regressive DWP policy at best – and intentional toxicity at worst.