Government advised to withhold evidence from coronavirus inquiry as we cross 200,000 deaths - Canary 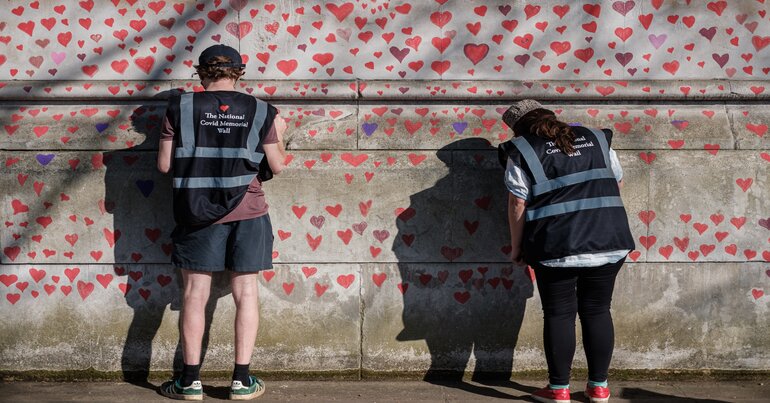 James Eadie QC has reportedly advised the government to limit the information it provides to the UK Covid-19 Inquiry on its handling of the pandemic. And he’s warned ministers that they could face claims for damages from bereaved families. The inquiry is due to commence in 2023.

Leading barrister Mike Mansfield QC chaired an earlier people’s inquiry into the pandemic. According to the inquiry’s report, departments such as the DHSC could face corporate manslaughter charges.

The People’s Covid Inquiry (PCI), chaired by Mansfield, published a report in December 2021. Its panel included leading clinicians and witnesses, comprised of:

There were lives lost and lives devastated, which was foreseeable and preventable. From lack of preparation and coherent policy, unconscionable delay, through to preferred and wasteful procurement, to ministers themselves breaking the rules, the misconduct is earth-shattering

And a separate summary refers to a Commons select committee report that listed some of the government’s failings:

the initial response was delayed, care homes were abandoned, the ‘world-beating’ test and trace system had marginal impact.

Examining the legal implications of the government’s response to the pandemic, the PCI report pointed out:

Under the European Convention on Human Rights (ECHR) the Government has a duty to protect the public at large, frontline workers and at-risk groups. … Claims against breaches of ECHR could be brought in UK domestic courts. …

individuals can’t be charged with corporate manslaughter, but an organisation, such as the Department of Health and Social Care, could be.

The question is raised as to whether this amounts to democide (‘the killing of members of a country’s civilian population, as a result of its government’s policy, including by direct action, indifference, and neglect’), ‘social murder’, gross negligence manslaughter, or misconduct in a public office?

Perhaps it’s these observations that lie behind the advice to the government not to provide full disclosure to the UK Covid-19 Inquiry.

In an article on the PCI report in the British Medical Journal, Clare Dyer said:

The government repeatedly put the economy before people’s health, made poor decisions too slowly, and outsourced critical work to private companies that had no experience.

She added that the report made it clear:

there was a failure to provide adequate personal protective equipment [PPE] to staff, with the result that frontline workers had a sevenfold higher risk of getting covid. The “corrupt” contracting system set up by the government resulted in contracts for PPE being awarded without tender to people who had no experience in providing it.

The disastrous decision to bypass the NHS and use the private sector to run the FTTIS [find, test, trace, isolate, support] system… has thus far cost the taxpayer £37bn

Meanwhile, according to the Office of National Statistics (ONS), the number of coronavirus (Covid-19) deaths in the UK has now crossed 200,000. Dr Michael Head, senior research fellow in global health at University of Southampton, commented how the vast majority of these deaths were preventable. They happened because of “policy failures at national level”.

Paul Hunter, professor in medicine at the University of East Anglia, also clarified that:

Many of the deaths in early 2020 could have been prevented by a more timely response in the UK and by not discharging large numbers of infectious people to care homes.

More than 13,000 people in hospital in England on 11 July had tested positive for coronavirus. At the same time, just under 3 million adults in England remain unvaccinated. And according to an ONS estimation, the number of people with Long Covid has increased from 1.3 million (January 2022) to 2 million (as of 1 May 2022).

making people pay for tests, not enforcing adequate sick pay or taking measures to prevent the spread of Covid-19 in hospitals, the Government is effectively throwing the most vulnerable in our society to the wolves.

We’ve reached another milestone too. According to the ZOE study app, coronavirus cases are at a record high. The app recorded 351,546 symptomatic infections in one day alone. Professor Tim Spector, who runs the app, commented:

We’re in a leaderless country hitting another crisis without anyone to guide it. …Going on holiday, people standing for six hours in airports without masks, it’s crazy.

Although many in the public feel as though the pandemic is over – understandably given the relative lack of media coverage and the UK Government’s focus on ‘Living with Covid’ strategy – it is very much still ongoing.

It’s not surprising the NHS is feeling the strain. As Dr Deepti Gurdasani tweeted:

>3 million people infected in the community in the week ending 7th July. 1 in 19 people in England in the community estimated to have infection. Ambulances are on black alert and hospitalisations rising. Complete silence from govt and our @CMO_England

the NHS still faces significant pressures, from rising Covid admissions, thousands of staff absences due to the virus, the heatwave, and record demand for ambulances and emergency care.

A brief summary shows that the UK government’s pandemic legacy is shocking if not criminal. It includes:

This is only a partial list of the government’s many failures in handling the pandemic.

As for the government’s successor, it remains to be seen if it will follow Eadie’s advice to withhold evidence on the many failures that punctuated the pandemic.

Either way, we need greater accountability.