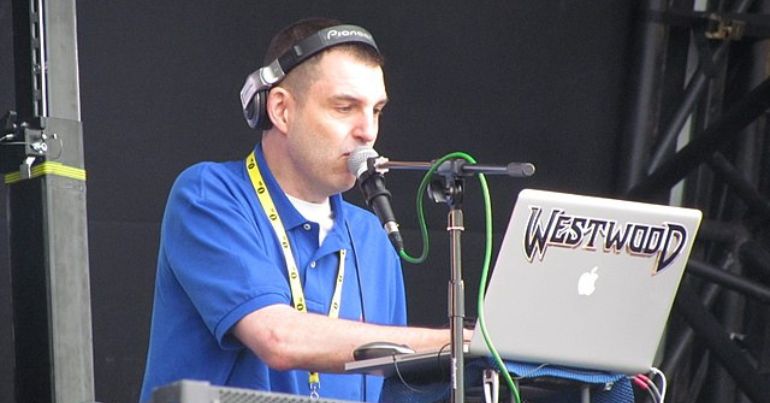 This article includes discussion of rape and sexual abuse

Ten more Black women have spoken out to accuse former long-time BBC Radio 1 DJ Tim Westwood of sexual abuse. This includes one woman who claims that Westwood repeatedly raped her when she was 14 years old. These further allegations come after seven Black women spoke out in April, accusing the celebrated DJ of “predatory and unwanted sexual behaviour” taking place between 1992 and 2017.

In April 2022, the BBC and the Guardian released a joint investigation based on seven Black women’s allegations of sexual abuse against Westwood. The alleged abuse spans a period of more than two decades.

Although this is the first time these allegations gained mainstream press coverage, Westwood’s predatory behaviour has long been one of the music industry’s worst kept secrets.

This makes Westwood’s longtime employers complicit in his abuse of young Black women and girls. Rather than investigating the allegations against the DJ, Westwood’s employers – including the BBC and Global – maintained Westwood’s platform and protected his reputation.

For a number of years, journalists – mostly young women of colour – have tried to investigate the historical allegations against Westwood. However, they came up against extreme resistance when seeking information and trying to raise awareness about Westwood’s misconduct.

Following the release of the BBC and Guardian investigation in April, journalist Nadine White shared:

.@global were urged to act over claims Tim Westwood behaved inappropriately with fans when I wrote this article at @HuffPostUK two years ago. They didn't, however, and instead opted to pressure its staff members into staying silent on the matter. https://t.co/GCCeVTMt0v

I was one of these journalists. I pitched it three or four years ago and was met with no resource, backing or urgency.@Nadine_Writes did so much with the work she did on it two years ago and love to @aamnamohdin and all the others who worked on this story at some point as well. https://t.co/nBT4ewQlHB

A reminder that when the allegations against Tim Westwood gathered momentum and ripped through Twitter 2 years ago @CapitalXTRA blocked people instead of launching an investigation.
Some of us heard about these claims years and years ago. Westwood has been protected for too long pic.twitter.com/OrTVrS51Du

Responding to the joint BBC and Guardian investigation into allegations against the DJ in April, the BBC‘s director general Tim Davie stated that he had “seen no evidence of complaints” made to the corporation against Westwood.

However, in July, it was revealed that the BBC had in fact received a number of sexual misconduct complaints against Westwood, including one that was referred to the police.

This case was even referred to the police so CLEARLY it was serious.

Yet somehow the BBC “had no evidence of complaints”

This is a big deal and makes BBC as an organisation complicit in the harm Tim Westwood caused Black girls.

Westwood’s alleged actions are heinous – but the BBC is also complicit. Rumours of the DJ’s sexual misconduct have been an open secret for many years. Rather than investigating the allegations, Westwood’s employers protected the DJ and helped him to maintain his powerful position in the Black British music industry, which he used to abuse and exploit Black young women and girls.

Statutory rape of a minor

The BBC‘s gross mishandling of the situation continues. In its story revealing the further allegations made against Westwood, the BBC states that Westwood stands “accused of sex with a 14-year-old“.

This language is incredibly harmful. Because a child cannot consent, adults engaging in sexual contact with children under the age of consent is statutory rape. Calling it anything else simply normalises, sanitises, and excuses child sexual abuse.

This reporting reflects the widespread adultification of Black children, who tend to be treated and regarded as adults. This bias has tangible consequences. It leads to the inadequate protection and safeguarding of Black children, opening the door to a host of children’s rights abuses.

DJ Tim Westwood accused of Rape & sexual assault, including on minors below the age of sexual consent — fixed it for you. https://t.co/8Sv9Eyg286

Explaining the gravity of such a misuse of language, the Rowan Project – a specialist sexual abuse service provider – posted in February:

Next week is Sexual Abuse & Sexual Violence Awareness Week. We really need to look at the language that we just accept as “normal” in the legal system. Terms like this can trivialize sexual assault and abuse and add to the #rapeculture in our society.#ItsNotOk #VAWG #CSA pic.twitter.com/nbIgZXnrE4

All these headlines and breaking news updates about the despicable and deplorable Tim Westwood and yet still no punishment, no arrest warrant, no court date announced, no prison sentence confirmed. https://t.co/hKLt8FnZ4x

This continuous inaction speaks to some of the reasons why Black women and girls who are affected by sexual violence are so reluctant to report abuse and seek support.

In this society, Black women and girls are not protected from violence. And they are not believed when they speak out about the harm they have experienced. This is rooted in a culture of racism and misogyny which sexualises and adultifies Black girls and young women.

This is exemplified in the revelations of Met Police officers strip searching Black schoolgirls. Other officers took and shared dehumanising photos of murdered sisters Nicole Smallman and Bibaa Henry. Meanwhile, public services still fail to meet the needs of Black women and girls, and often put them at further risk of harm.

This is precisely why Westwood’s alleged victims were afraid to speak out. We must listen to these women, amplify their stories, and hold all those who contributed to their abuse accountable.